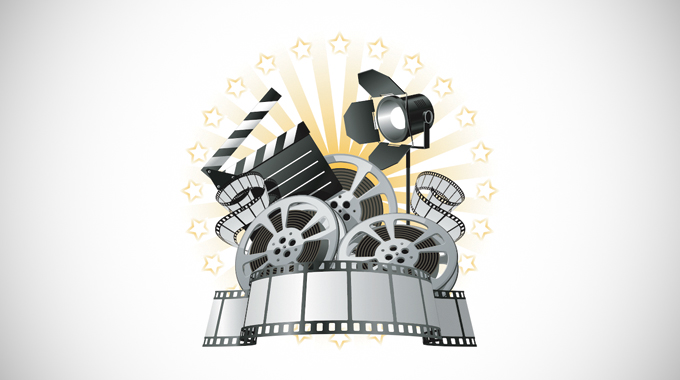 Talks currently underway between the principals of the Buffalo Niagara International Film Festival and the Niagara Integrated Film Festival held in St. Catharines, Ont., are aimed at consolidating the two events, creating a new and unique cinematic showcase that would be truly international in scope.

“The filmmakers who come here, from all around the world, do so because they see it as an opportunity to crack the American market,” said Bill Marshall, who founded the St. Catherine’s festival three years ago.

Marshall should know. Back in 1976, he was one of the founders of the Toronto International Film Festival (TIFF), which has since become one of the most prestigious film festivals held anywhere in the world. It draws A-list stars and Variety said the event was “second only to Cannes in terms of high profile pics, stars and market activity.”

Films such as “American Beauty,” “Ray,” “Chariots of Fire,” “Sideways,” “Crash,” “Black Swan” and “The Wrestler” have premiered at TIFF. Jamie Foxx’s portrayal of Ray Charles ultimately won him the Academy Award for Best Actor while “Slumdog Millionaire” went on to win eight Oscars at the 2009 Academy Awards.

In other words, the September festival has become a vital component in the marketing machine responsible for the glitz and glamour that is Hollywood.

Marshall says he has high hopes for the idea of a consolidated Niagara region film festival as well.

“You’ve got a potentially huge audience living within driving distance, and the hospitality infrastructure is already in place because of the falls,” he said. “It was a natural.

On the American side, Bill Cowell, born and raised in Niagara Falls, NY, oversees the operation of the Buffalo Niagara International Film Festival (BNFF) and has been sitting down with Marshall. This year, the April festival celebrated its 10th year.

Cowell founded the BNFF in 2006, and watched it quickly grow to be one of the largest and most exciting film festivals held in New York. The festival has been the breaking ground for many successful films such as “The Cake Eaters,” “Sinner” and “Christina,” and has attracted its’ own share of A-listers, including Robert Redford, Richard Dreyfuss, Louis Gossett Jr. and Tom Sizemore over the years.

Asked whether some scheduling changes might be in order to make the combined St. Catharines and Buffalo festivals a more legitimate warmup to the Toronto festival, both Marshall and Cowell said yes.

“That’s the kind of nuts and bolts thing we’ve been talking about,” Cowell said.

“I definitely think we’re going to shuffle things around a bit,” Marshall added. “It may make more sense to have it in July.”

Cowell and Marshall said they spent last weekend discussing the details, and a series of meetings is planned for this weekend in St. Catharines, where Marshall’s festival will be in full swing.

Despite the fact it is only three years old, Marshall said he is very proud that the films it has showcased already compete at the highest level on the international award-winning playing field.

Last June NIFF screened two films as part of their 2015 program which were subsequently nominated for Academy Awards: “Inside Out” and “The 100-Year-Old Man Who Climbed out the Window and Disappeared”. Marshall said he was thrilled to watch “Inside Out” win its Oscar for Best Animated Feature.

That gave the fledgling festival a boost that is apparent in this year’s program.

This year’s Festival continues through June 19 and will screen more than 20 Canadian and international films at various locations in the region including Trius Winery, the Seneca Queen theatre in Niagara Falls, and all three of the theatres –the Partridge, Cairns, and Film House — at the FirstOntario Performing Arts Centre. The majority of the films are from Canada and the United States, with others adding a bit of international spice to the proceedings.

On Saturday, June 18, the festival will host its “Spotlight on Italy” program. Marshall said Italian screen legend Claudia Cardinale will do the red carpet thing at the North American premier of “All Roads Lead to Rome,” a romantic comedy starring Sarah Jessica Parker and Italian  heart-throb Raoul Bova, who delighted North American audiences in 2003’s “Under the Tuscan Sun.”

Set in Tuscany and New York City, “All Roads Lead to Rome” relates the story of American college teacher Maggie, who tries to strengthen the bond with her daughter Summer by whisking her off to Tuscany where she spent the summers of her youth. Maggie reconnects with her former lover Luca, whilst Summer, pining for her bad-boyfriend back in the States, teams up with Luca’s 80-year-old mother to help her plan a wedding – in Rome, naturally – despite her son’s objections.

Cardinale lit up the screen in classics like “The Pink Panther,” “The Professionals,” “Once Upon a Time in the West” and “Fitzcarraldo,” and the British actor David Niven once famously described her, saying, “After spaghetti, Italy’s happiest invention.”

The event will take place at the Trius Winery in Niagara on the Lake and tickets are still available online.

The 40 years of knowledge and experience brought to the table by Marshall, combined with the energy and edge that Cowell antes up, may just provide the shot in the arm the region has needed and that a generation of hapless politicians have stumbled around looking for.