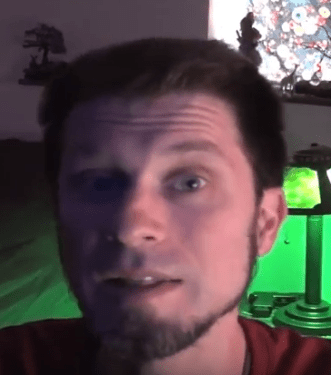 Neon reports new information not known by the Frank Report or anyone else to date that “The cult has now been exposed for illegal human experiments including cannibalism, gang rape, and child sex trafficking.”

The cannibalism is a new one for me.

According to Szemkus’s close friend, the American artist “The Tanster:

“Ben hasn’t been seen or heard of for days, with those close to him fearing he may have been “silenced” for his brave exposés.”

The Tanster wrote: “Ben doesn’t usually call me just to chat but he did Monday morning. We had a really interesting conversation and I told him about unusual supernatural experiences I’m having. Nothing seemed to phase him. I can’t talk about these things with most people or else I end up freaking them out. I didn’t realize how often I was sending him information I was finding until he stopped responding. I have examined Ben’s social media in search of his activity and it seems to have stopped around Monday. So I stopped sending him info. about comments, I was getting about him. I stopped sending him info. about the people who were revealing their dishonest natures through their reaction or lack of a reaction to Ben’s story. Some obvious publicist types posted Ben’s address on an alleged disinformation blog that claims to exist to expose NXIVM. Ben Szemkus is now missing and feared dead These shady individuals have lied about Ben to the extent that they are either begging for a defamation lawsuit or more than likely they are attempting to provoke A VIOLENT REACTION. Ben has been too gracious and too much of a gentleman to respond to their low down lies and aggression in kind. Ben accepted this latest outrage of them publishing his home address philosophically but I do feel a visceral disgust for the types that say they’re exposing and “taking down” NXIVM while they harass and lie about a COURAGEOUS WITNESS. I am confident justice will come in due course to those who have descended into such repulsive depths of degeneracy. Please let me know if you have any information about the whereabouts of Ben Szemkus of Seattle, Washington.”

As readers of Frank Report know, Ben Szemkus said he saw Huma Abedin, Eric Schneiderman. Stormy Daniels, Anthony Weiner and James Alefantis at a NXIVM “women’s empowerment” recruitment mixer at a Yale college student’s apartment in 2007. At that party, Ben says, Stormy disappeared in a bedroom with Keith Raniere and snuff films were shown to the attendees.

People familiar with the inner workings of NXIVM have told Frank Report they do not believe Ben’s story is true.

Frank Report has taken no official position on the story  but one of our correspondents, Larry Shea, detailed his position on why he believes the story is fake.

A commenter on The Tanster condemned Frank Report for the danger Ben is facing/or has faced.

“This is really shocking. I’m praying for Ben. I cannot believe that total piece of crap “unnamed website” would post Ben’s home address like that. Ben is literally risking his life by going on the record to expose the Pizzagate, Hillary Clinton connection to the child sex trafficking abusive slave cult NXIVM and that totally piece of crap website is endangering his life for it. Their excuse is that they believe in free speech? Well the line on free speech is endagering [sic] lives. Promoting a riot puts people in danger and is illegal everywhere, as it should be. Posting Ben’s home address does not add to any discourse. It’s not news. It is merely harassment. Given that Ben is going after Killary, that total piece of crap website intentionally put Ben’s life in danger. I hope everyone shuns that place…. It’s the Frank Report, by the way.”

I don’t recall posting Ben’s address but I would not be surprised if one of our commenters did.

Of course, we all hope and pray for Ben’s safety and that nothing has happened to him – including possible severe depression for getting caught lying – if he is lying – which is a possibility and possibly equally plausible as Hillary Clinton having done away with him for telling a story that has not been corroborated that occurred 11 years ago.

I could be wrong, but something tells me that Ben will show up in a day or so.

I wonder if anybody who knows him and fears he is dead has bothered to check with the gas station where he works the night shift to see if he has shown up at work?