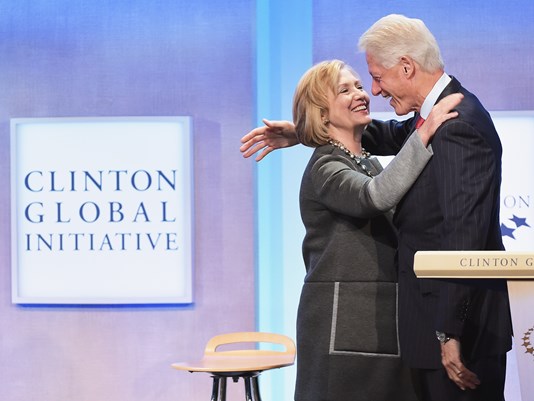 This week Judicial Watch released another 725 pages of State Department documents that include email exchanges in which Hillary Clinton’s top aide Huma Abedin helped provide Clinton Foundation donors  with access to the secretary of state which in some cases were not through “normal channels.”

This is the tenth set of records produced for Judicial Watch by the State Department from the non-state.gov email accounts of Huma Abedin.

The documents were produced under a court order in a May 5, 2015, Freedom of Information (FOIA) lawsuit  against the State Department (Judicial Watch, Inc. v. U.S. Department of State (No. 1:15-cv-00684)) requiring the agency to produce “all emails of official State Department business received or sent by former Deputy Chief of Staff Huma Abedin from January 1, 2009 through February 1, 2013, using a ‘non-state’.gov email address.”

Clinton  previously said that, “as far as she knew,” all of her government emails were turned over to the State Department.  In response to a court order in Judicial Watch litigation, she declared under penalty of perjury  that she had “directed that all my emails on clintonemail.com in my custody that were or are potentially federal records be provided to the Department of State, and on information and belief, this has been done.”

The new Abedin emails reveal that, while Clinton served as secretary of state, Abedin assisted in securing access to Clinton for donors who contributed to her husband’s foundation.

Some of the individuals Abedin assisted in arranging meetings with Clinton were: