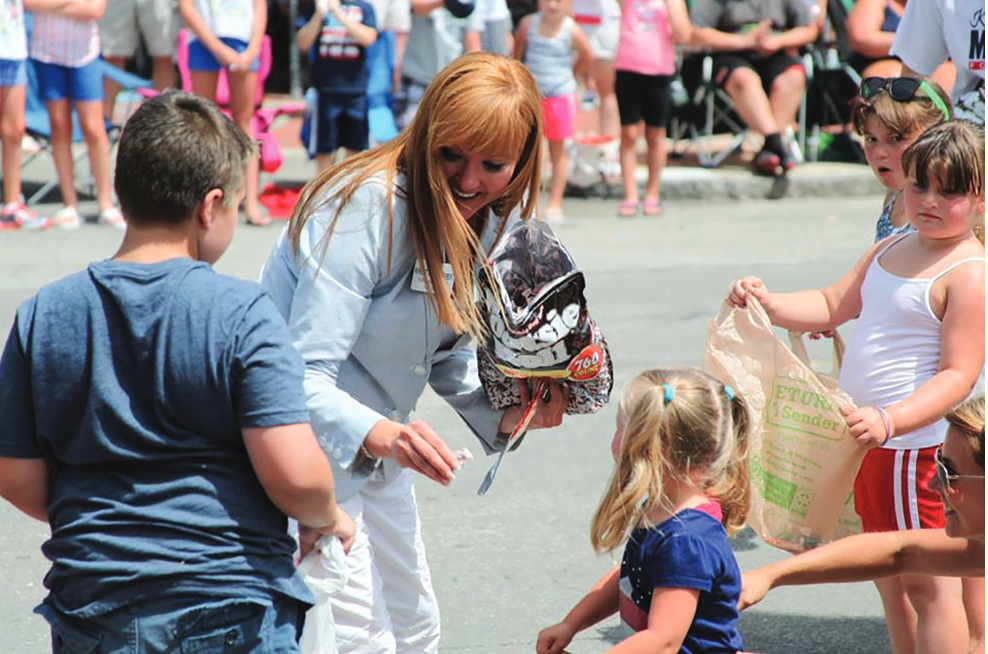 Kristy Mazurek, the award winning journalist whose career spanned decades in a half dozen American media markets until a struggle with ovarian cancer forced her from her job as a leading news anchor in Atlanta, is waging an aggressive campaign for New York State Assembly against a candidate recruited by Erie County Democrat Party headquarters.

A formidable political contender with fundraising prowess and a network of supporters, Mazurek has been involved in local politics since she was a child – when her father, Henry Mazurek, represented the East Side’s historic Polonia neighborhood on the County Legislature. Kristy Mazurek is a Cheektowaga resident and Chairperson of the town’s Polish Heritage Festival.

Monica Wallace opposes Mazurak in the Democratic primary which will he held on Sept .13th.

Mazurek has strong name recognition attributable in part to her time as a local television personality and news journalist. In recent years she hosted 2sides on WGRZ Channel 2, a political talk show with co-hosts Stefan Mychajliw, Joel Giambra, Bill O’Laughlin, and Michael Caputo.

Erie County Democratic Party headquarters, and a political action committee have been executing – purportedly without coordination – an aggressive negative campaign against Mazurak. Some of the attack has focused on her business and political relationship with Steve Pigeon, who was recently indicted by Attorney General Eric Schniederman, who some are saying is a case tainted with political overtones.

“I stand by my friends, family and my community, and without political calculations,” said Mazurek.

Despite the barrage of negative attacks, Mazurek has chosen to keep her campaign positive and speaks with respect of the woman who is running against her.

Mazurek supporters speculate that the negative attacks ads may actually backfire — especially with women voters and senior citizens, many of whom know her and her family. Her determination in facing cancer and winning and courage in speaking out against the sexual harassment taking place in the office of former Assemblyman Dennis Gabryszak, has endeared her to women voters.

An interview with Kevin Stocker
THEATER | ON THE BOARDS
Comment