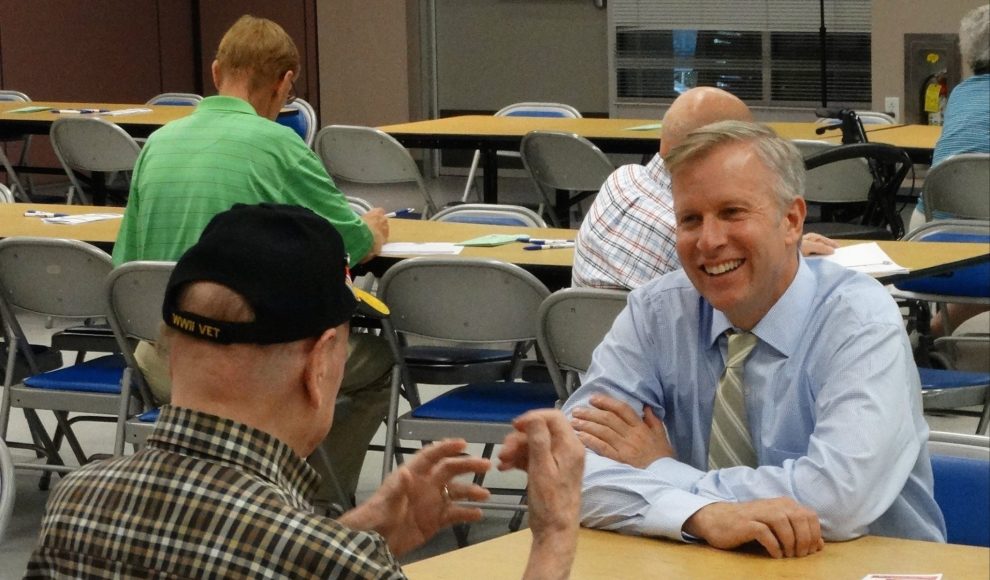 There is much reverence and esteem for Chris Jacobs inside New York State’s Republican Party. In many ways Jacobs’ stature inside the Party far exceeds that of a mere State Senate seat – his name is often floated as that of a future US Senator or Governor of New York.  But this is the 60th District – the most likely to swing in control from one party to the other in a narrowly divided and intensely contested chamber – that puts it at the crux of power.

Perhaps Jacobs is best known for his trailblazing work as a real estate developer: as the guy who invested in downtown Buffalo when no one else would. Local urban planners credit him for saving historic buildings in the Cobblestone and Theater Districts, where his projects transformed attitudes towards entire neighborhoods.

But Jacobs’ political resume is even more extensive – and more impressive than any Western New York politician since Congressman Jack Kemp – for whom Jacobs once worked, at the Department of Housing and Urban Affairs in the George H.W. Bush Administration, when Kemp was HUD Secretary.

Jacobs served as Secretary of State of New York in the Pataki Administration and was twice a candidate for the Republican nomination for Lieutenant Governor of New York – as the running mate of both former Massachusetts Governor William Weld in 2006 and Suffolk County Executive Steve Levy in 2010.

Jacobs was elected as an At-Large member of Buffalo’s school board in 2004, a seat he held until he was elected Erie County Clerk in 2012.  Jacobs soundly defeated then-County Legislator Maria Whyte in the heavily Democrat-enrolled county, despite a barrage of negative attacks that criticized Jacobs for his tenure on the school board. Those attacks were funded, in part, by union interests who saw Jacobs’ push for education reform on the school board as ideologically threatening.

Jacobs refused to go negative and, at the time, even the liberal-leaning publication Buffalo Rising remarked of Jacobs’ clean campaign: “It’s like seeing the long shot triumph; seeing the nice guy finish first; or seeing the underdog defeat the machine.”

That election proved Jacobs’ political potency. Jacobs outperformed Democrats in even the most heavily Democrat enrolled areas of the County. In the Democrat bastion of Tonawanda, for instance, Jacobs earned 9,899 votes – more than Mark Poloncarz’ 9,616 votes for County Executive, or Maria Whyte’s 9,042 votes for Clerk.

Competitiveness like that – in the heart of a Democratic Party stronghold – makes Jacobs a feared commodity in New York State politics (an obvious successor to Congressman Brian Higgins, for instance). But it also makes him susceptible to the nagging sirens of far right wing rabble-rousers. 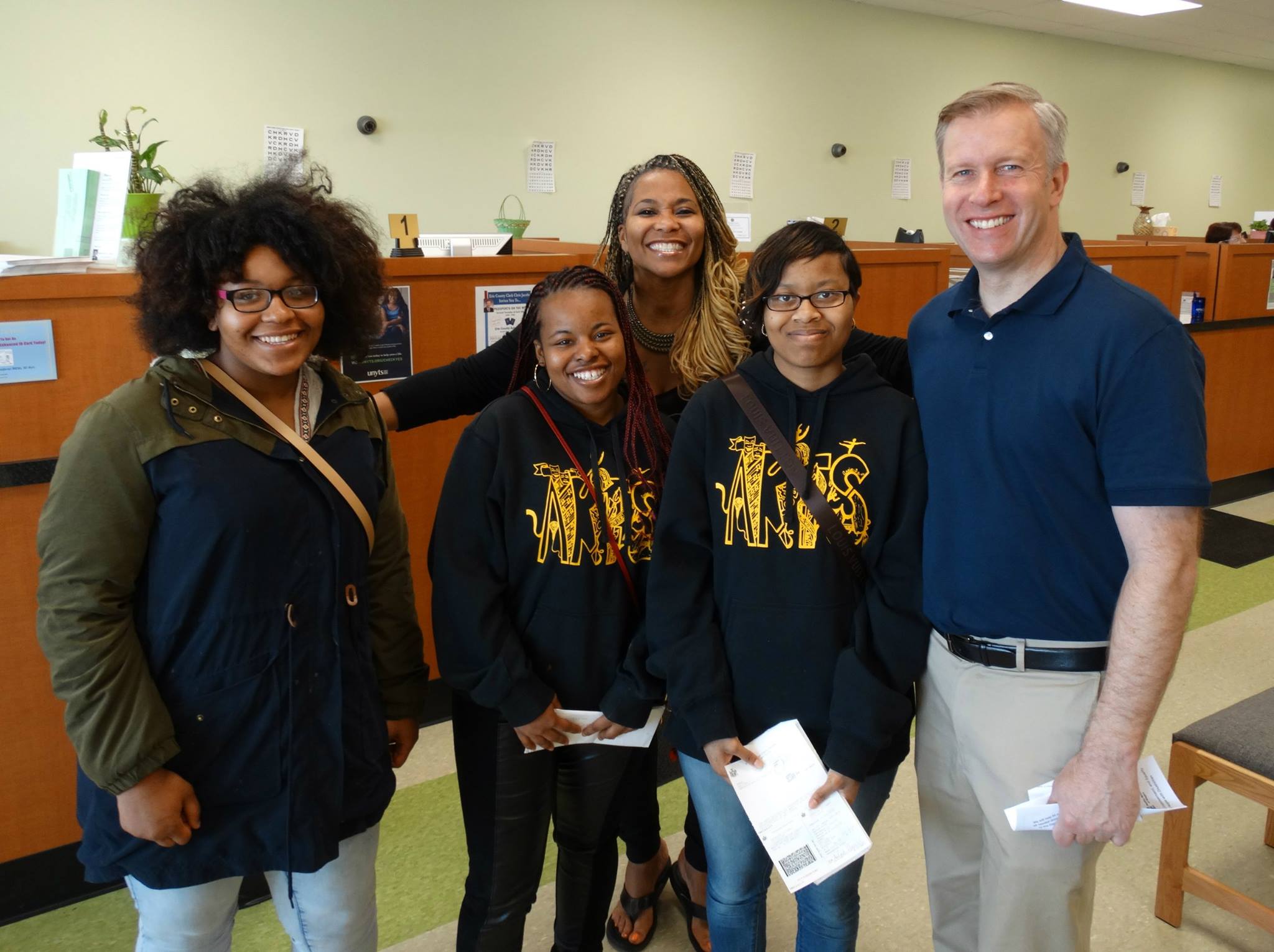 A history of good works and community involvement

Jacobs has been a chief architect of the education reform movement in Buffalo. He co-founded the BISON Scholarship Fund (Buffalo Inner-city Scholarship Opportunity Network) in 1995, providing scholarships to working class families who could not otherwise afford private and Catholic elementary schools.

He created the fund after returning home to Buffalo. At the time families were fleeing the city for the suburbs in droves, in large part to escape a poorly managed public school system that was unable to weather social tumult following a federally imposed bussing system a decade and a half earlier.

Jacobs is an advocate for the creation of charter schools, and co-founded the South Buffalo Charter School. His community work promoting educational opportunities in low-income areas of Buffalo is well known in education and philanthropic circles. It has also made him the target of vicious political attacks from the teachers’ union, who perceive his ties to the business community and work as a real estate developer with suspicion.

In February 2006, Secretary Jacobs was the Republican nominee in a special election for the 60thdistrict seat. He waged a strong campaign in this heavily Democratic district but lost narrowly to Democrat Marc Coppola.

He is a graduate of Boston College, holds a master’s degree from American University, and a law degree from the University at Buffalo. He attended Mt. St. Joseph’s Academy Grammar School and Canisius High School. 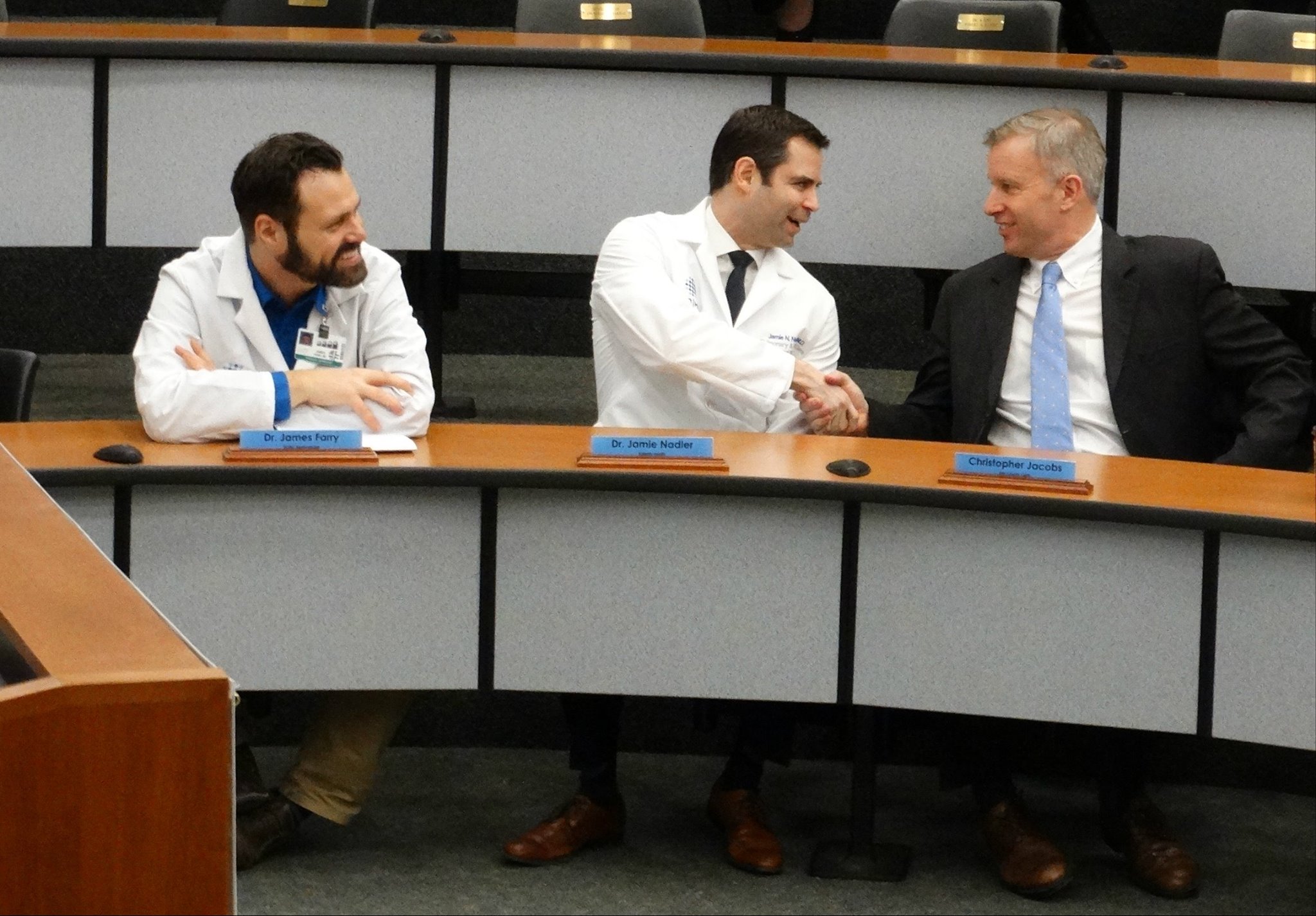 A legacy to live up to

To understand Jacobs, one must understand the remarkable quality of his family and upbringing. He is a member of the prominent Jacobs family, which owns the Delaware North Companies, including the Boston Bruins hockey team.

Jacobs is the son of a pioneering scientist and renowned local doctor whose name will adorn the new University at Buffalo Medical School, Dr. Lawrence D. Jacobs.  Dr. Jacobs was a neurologist who helped harness the power of a human protein to fight multiple sclerosis. He was an early explorer of the theory that interferon, a protein produced by white blood cells to help fight infection, might be used to help people with multiple sclerosis, an autoimmune disease that attacks the nerves in the spine and brain.

Although the illness remains incurable, Dr. Jacobs’s work helped lead to the development of one of two interferon-based drugs that reduce symptoms of the most common form of the disease. He was the Chairman of Neurology at the University at Buffalo Medical School and on the faculty of Roswell Park Cancer Institute. Western New York is a geographic region where M.S. occurs with high frequency. Dr. Jacobs treated many of them personally.

Chris is a nephew of billionaire businessman Jeremy Jacobs, the Chairman of Delaware North, the global food service and hospitality company that operates in the lodging, sporting, airport, gaming and entertainment industries. The company employs over 55,000 people worldwide and has over $2.6 billion in annual revenues.

The hometown company began as Jacobs Brothers in 1915 and was founded by brothers Marvin, Charles and Louis. Today, the company remains family-owned and operated.

Originally founded to operate theater concessions, the company then quickly looked to ballparks. Sportservice was created in 1926 following contracts with minor-league ballparks in Buffalo and Syracuse, New York. Today, Sportservice is Delaware North’s largest operating company. In 1930, the company entered into its first major-league deal by signing an agreement with the Detroit Tigers to handle food service at Navin Field.

The Jacobs brothers expanded their business in 1939 by acquiring a racetrack, marking the beginning of Delaware North Companies Gaming & Entertainment. In 1941, the company entered the airport arena with a contract to provide food service in Washington National Airport. Today the firm operates in more than 30 major airports worldwide.

Upon the death of his father, founder Louis M. Jacobs in 1968, Jeremy M. Jacobs began leading the company, then called Emprise, at the age of 28. The years that followed were characterized by unprecedented growth and diversification.

In 1972 the company changed its name to Delaware North, named after the intersection of Delaware Avenue and North Street in Buffalo where the company was headquartered at the time. In 1975 the firm purchased the Boston Bruins, one of the original six franchises of the National Hockey League. By the late 1990s, the company worked toward becoming the largest racino operator in North America by adding gaming to some of its racetrack properties. 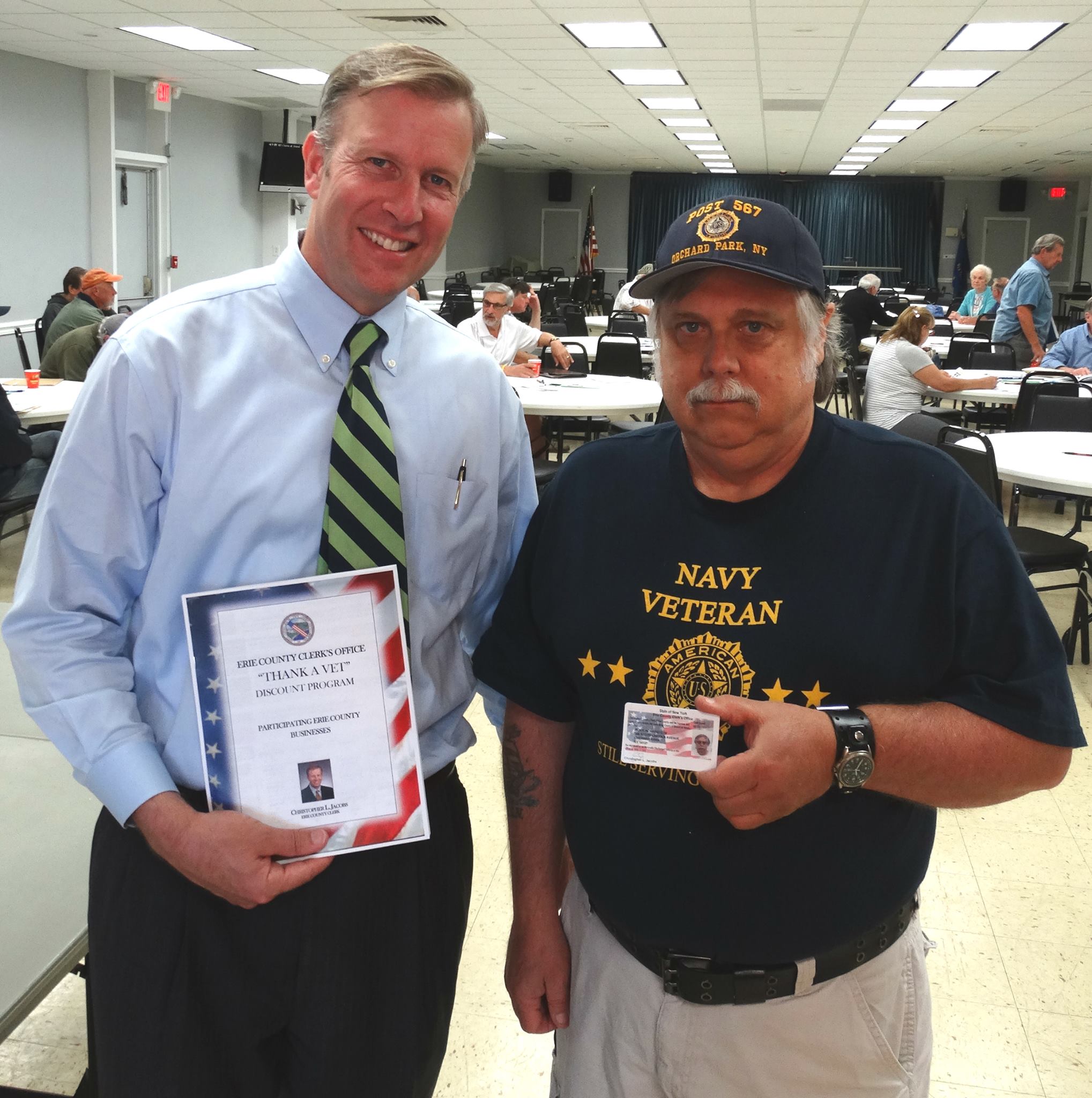 After his election in 2012, Jacobs uncovered mismanagement in the office. Piles of unopened mail, the result of a Congresswoman Kathy Hochul’s election, which created a vacancy in the Clerk’s office that was filled by an interim political appointee. The fiasco caused a six month backlog in processing over $2 million in fees and payments that the county was due.

Not only did Jacobs quickly get to work, he also implemented customer service improvements at the county auto bureaus, including better organization, online scheduling, and new automation technologies. He even asked the local business community to donate their company-branded pens to the office – saving the county 100,000 pens and nearly $15,000 a year.

Beyond good management, Jacobs has used the office to do good work. He championed the office’s new “Thank-a-Vet” program that allows honorably discharged veterans to file their discharge papers with the Clerk for a veteran identification card. Jacobs has worked relentlessly to enroll hundreds of local businesses into the discount program that thanks veterans with consumer discounts on goods and services.

Jacobs has also launched a “Renew Locally” public awareness campaign, encouraging Erie County Residents to renew their licenses at the county’s auto bureau rather than with the State’s Department of Motor Vehicles, which keeps a greater portion of local registration fees in local hands.

In the region’s social, business, and political circles, Jacobs is widely seen as a favorite son of Buffalo – a smart and accomplished real estate developer and do-gooder whose humble style, nice guy attitude, boyish looks, hometown roots, and moderate style have earned him broad popularity on both sides of the political aisle. 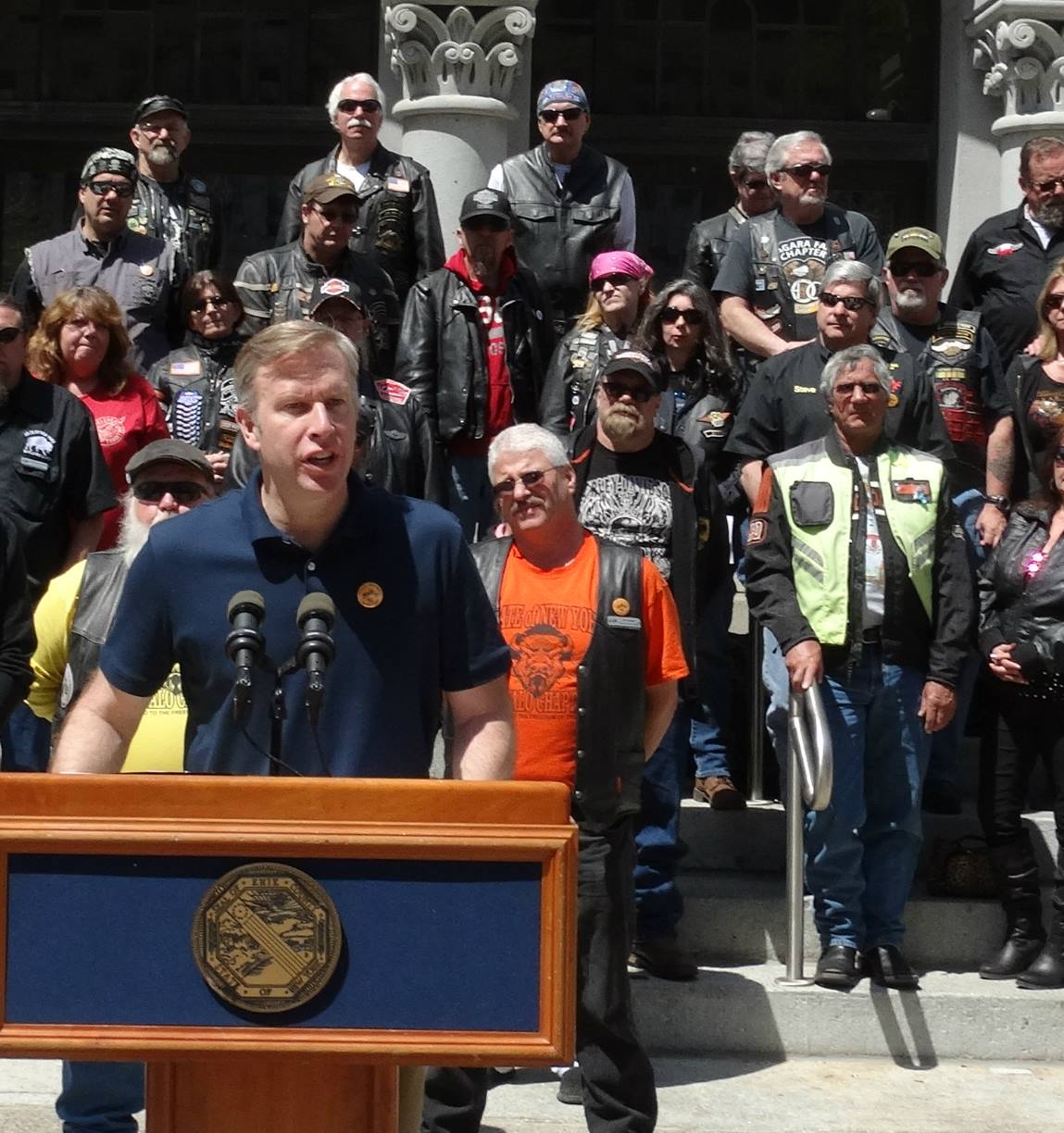