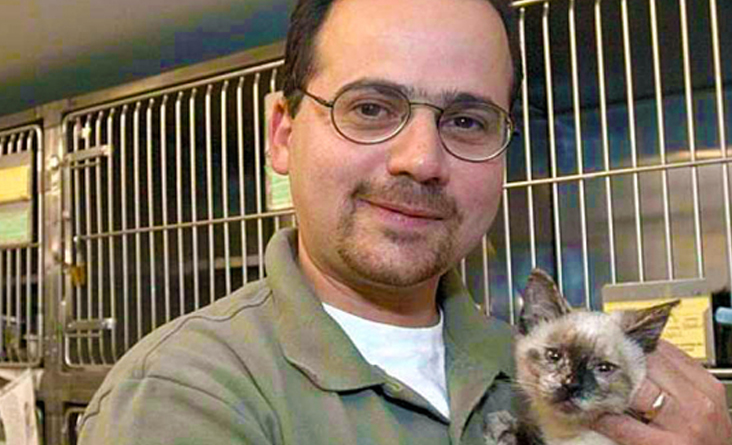 Nathan Winograd is considered to be the father of the No Kill movement. His Facebook comments to his national animal rights audience about the Artvoice Oct. 13 article “SPCA Report Contradicts Police Version of Shootings that Killed Pit Bulls in Drug Raids” drew wide attention. Winograd has kindly consented to have his comments republished in Artvoice.Winograd authored the seminal “No Kill Equation,” the bible of the No Kill movement, which describes steps animal shelters should take to achieve a policy where no healthy animal is euthanized. Here he lends supports to the concept mentioned in the Artvoice article of using CO2 fire extinguishers instead of guns to subdue, rather than kill, potentially aggressive dogs during No-Knock raids of homes of citizens suspected of drug sales.

Every year in the U.S., over 10,000 dogs are shot by police. Some police departments kill more than others. The Buffalo NY Police Department is one of those agencies. And one of its officers — just one — shot and killed more dogs than all New York City police officers — the entire New York City Police Department — combined in the same time period.

While every Buffalo officer who kills dogs claims the dogs are “aggressive” and argues that the shootings were justified based on fear of attack, a necropsy by the SPCA in one of those shootings contradicts the officer’s version of events that the dog was threatening at point blank range. And an exposé found innocent dogs being killed in front of families, including children, based on the false claims of police “snitches.”

Not surprisingly, a Kansas study found that most police officers receive no training on safe animal handling even though 90% of police officers want it. The study concluded that “Kansas Law Enforcement Officers perform animal control duties — many without the proper training — even though most consider such training to be important to be able to perform their duties safely.”

Although the study looked at officer safety (i.e., to prevent risk of rabies), such training is also very important to dogs and the people who love them. In fact, one department — in neighboring Kansas City, MO — reduced the shooting of dogs by 80% after officers were trained by a dog behaviorist and adopted new practices consistent with that training.

Similarly, Niagara Falls Police use fire extinguishers instead of guns to repel dogs: “It’s very noisy and very cold. It tastes bad. But it doesn’t do any damage to the dog.

‘I’ve talked to many, many officers who have used fire extinguishers, and I have never heard of a case where they didn’t work’” saidASPCA dog behavior expert Dr. Randall Lockwood. Instead of tens of thousands of dogs being killed, the vast majority of dogs would be safe.

The FBI has recently announced it will launch an online database of “use of force” statistics of police departments nationwide. They should include use of force interactions with dogs, too.Dogs are family. And dogs have rights.

Likewise, officers deserve the tools they need to do their jobs safely, effectively, and humanely (and to be held accountable when they fail). It’s a win-win: for dogs and for officers.

As a former prosecutor, Training Deputy for the local Sheriff’s Office, and Chief of Animal Control, I am not anti-police. But as with every other field, it is not the color of the uniform that matters, but the character of the person wearing it.