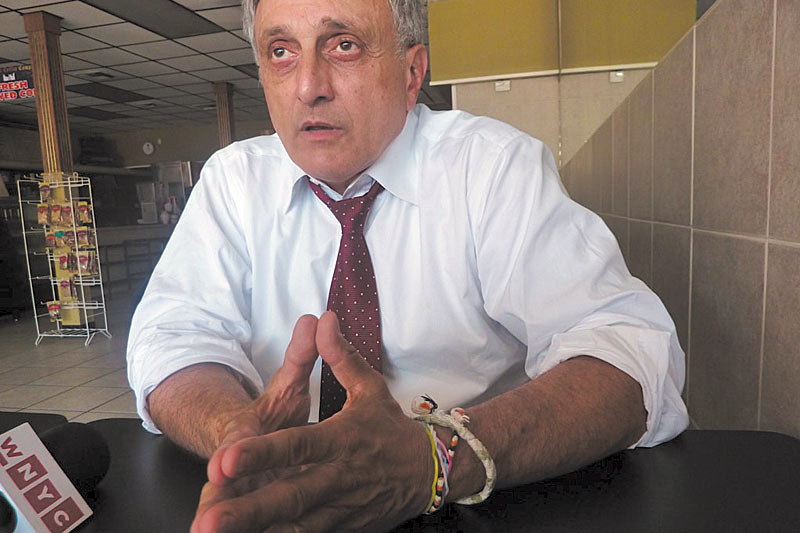 Let me state at the onset: No one forced me to seek to change the sick and failed public education system in Buffalo.  I am passionate about assisting the poorest of our city, who suffer and atrophy in a broken bureaucracy. That would be the children who need someone to stand up for their best interests.  I believe that a solid education is their best hope to break out of the cycle of poverty.

For its failures, I blame the collectively incompetent members of successive Buffalo Boards of Education, and outsider superintendents with little at stake, who propose hollow and worn out ‘grand plans’ to tweak the beast in an endless quest to show some credibility but more importantly for them, to maintain the status quo.  They make empty promises, never kept, and a lot of blowhard rhetoric, but are simply power hungry parasites feeding at the public trough.  They are hurting the students of Buffalo for their own benefit, or for lack of experience or understanding, and they must be stopped.

Those who support the status quo, who oppose reform, who fight for adult benefits at the expense of children’s rights, are quick to cry “racism” when anyone of a different skin tone opposes them. If I offend minority adults in my effort to protect and assist minority children, I’m good with that, but their label makes no sense.

Lacking any credible excuse for their illicit actions, when cornered over terrible outcomes, these minority board members simply play the race card, knowingly, and successfully back off business and community leadership who don’t want to be soiled with a racist label.

For my part, I have nothing personally to gain. What I do have is the fortunate career experience of living the American dream, the ability to say and do things that others can only think and the attitude that, if people don’t like what I said or do, it doesn’t matter to me.

What I enjoy is solace in the fact that my efforts have helped thousands of minority children in Buffalo have an opportunity for a quality education.

I have always been confident that when I was called a racist no one with any intelligence would believe the lie because my actions would show me to be otherwise. 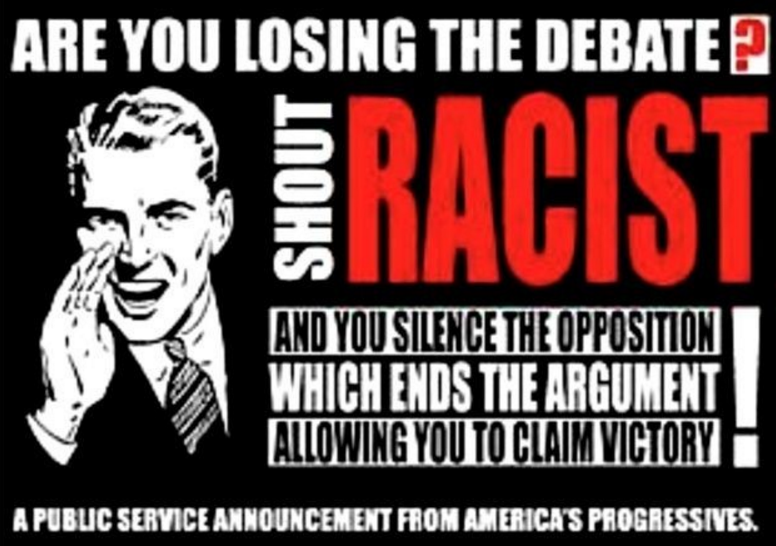 I was raised in an ethnic city at a time when calling bad people names and disparaging them with sick, sarcastic humor was acceptable behavior, but obviously the hypocrites in this era of political correctness and puckered up behinds don’t say stuff like that anymore — at least not publicly.

I chose to enter the arena to fight the good fight and shed light on our broken system, expecting nothing but simple respect and decency, which I do get from plenty of normal working class taxpayers, black and white, every day, and especially on Saturdays in the parking lot and fruit section at Wegmans or at a football game or wherever. They are the courageous people who, with my family, give me the strength for the fight. To them I say thank you for understanding that change only comes with courage and decisive action, which is, necessarily, laced with acrimony and adversity, sometimes visceral. This arena is not for the faint of heart.

Buffalo is now being tormented by its hapless, half-witted, progressive School Board majority, the self-loving Phil Rumore and their gang of loonies and haters (the Anti’s).  Working class people, during the presidential campaign, reacted defiantly and decisively against the progressives at the ballot box.  The death knell cries of progressives coming to the recognition that their movement has been rejected by America and that they and their thought police will no longer matter in the future, is the same cry we are hearing from the Anti’s for my removal.

To those Anti’s who vilify me, I say it’s OK, I know my role all too well and if you knew me, you would know that I can’t be intimidated. I’m relentless and I don’t quit. Your dishonest behavior and acting out will go on for a while longer. Hopefully, a short while. See you in the arena.

To help build viable and successful charter schools and provide real choice to Buffalo’s children, without fanfare, I guaranteed the loans of several charter schools, risking my estate for minimum return on capital.  The Anti’s seek to twist those good intentions into something onerous.  Good luck.

When we implement real choice with the Trump education plan, the gravy train will end for many. The union monopoly will end. Members will be challenged to compete. Minority leadership will finally be exposed as phonies, more interested in power and influence than helping the children of Buffalo. Rumore will retire, move elsewhere so as to not have to look at the chaos he created and ponder the damage he did to the lives of so many children of this city. His failed career and life — his lack of legacy — will be traumatic for him in time.

I watched as community leadership looked the other way with regards to Buffalo’s illicit education system, because they didn’t want to get their hands dirty challenging the demonic woven interests of the education cabal who, for many years, out of sight, boldly but quietly, if not secretly, controlled this non-productive fiasco.

We graduate less than half our students, pushing through many who can’t even read or perform basic mathematics when they get their diploma. Less than 20% of black males graduate.  We bus students all over the city from one bad school to another, tearing the fabric of the neighborhoods to shreds and discouraging parent participation, all for the racist refrain that we can’t let segregation return.  Violence and bullying are rampant.  How dumbed down is black leadership that fights change and innovation, protecting union leaders who support and finance their elections.

School Board member Larry Quinn and I voted against the new teachers’ contract, which was negotiated in secret and did nothing to insure that there is a quality teacher in every classroom or that our best teachers work with students with the greatest needs. Considering that most minorities have limited options, the contract sell-out to the Buffalo Teachers Federation and New York State United Teachers was devastating to our minority students.  Yet, they do not label that racist?

The continuation of the cycle of poverty, holding another generation of youth captive, hungry and uneducated in our inner cities, was and is untenable for me and others seeking to economically revive the city and make it a better and safer place to live.

The horror of leaving another generation of minority students behind is unacceptable for Buffalo’s future. Everyone has to come along for the ride to make Buffalo a better place to live. Isn’t that what we just experienced with the revolution of the working middle class against the Democrat and Republican elitist Washington establishment that had left them behind?

For the liberals, reform of education means the breakup of the inner city Democratic voting block, so important for them to maintain their control of our urban centers, the last bastion of the uninformed blindly voting for more handouts from society.

Instead of pushing real reform that might inconvenience their political allies, the liberals have looked the other way. As long as they and their patrons are protected in their safe neighborhoods, these elitists are content to let others live with the violence, drugs, crime and other decadent social problems — the consequences of a structurally racist education system — the ultimate liberal Faustian bargain.

Donald Trump’s campaign exposed our rigged system of government that rewards a few at the expense of many — unfortunately, that is exactly the way the Buffalo Board of Education works.

The real hypocrites are the spineless who sit, unsullied, at the Buffalo and Saturn clubs, judging and discussing “Carl’s poor choice of words” — Teddy Roosevelt’s “cold and timid souls who neither know victory nor defeat.”   Edmund Burke cautioned that “the only thing necessary for the triumph of evil is for good men to do nothing.”

The reality is that my controversial choice of words in an Artvoice survey is not relevant to the real reasons that the hate-filled Anti’s want me off the Board. They want me removed because no one else will take the time and effort required to expose their rigging of the teachers’ contract, the fight for justice in the L.P. Ciminelli swindling of the district in the Joint Schools Construction Project fiasco, or to oppose their other chicaneries.

With Larry Quinn, I have relentlessly, for years, exposed the underbelly of the beast.  The bad guys simply don’t want me to have access to continue my efforts in the future.

As for the accusation against me concerning the revelation of discussions of union negotiations in executive session, the policy is designed to keep the strategies, negotiating posture and techniques of the Board during the negotiations private from the union adversaries. The policy does not require or infer that those discussions are to be kept sealed from the public after the contract is complete, in effect denying the people their right to know the competency of their representatives, etc., especially in this case where the executive session discussions concerning the teachers’ contract were part of the unethical, if not illegal, rigging of the contract. The bad guys can’t use the policy to hide their bad acts. Criminal activity can’t be protected by the policy.

The irony, of course, is that a participant in that executive session told Phil Rumore exactly what was said during the meeting within minutes of its termination.

The questions that should be asked are obvious to most. At the meeting to approve the teachers’ contract, why was the majority so opposed to open debate and transparency and in such a hurry to vote on the most important matter they are responsible for — a contract worth hundreds of millions of dollars? Why did they deny Larry Quinn and I the fair opportunity to let the public know what the contract said? Why did Board President Barbara Seals Nevergold know the contents of the final deal days in advance and order that Board members not be shown the deal before the meeting?  Is it illegal for a Board member to sell her vote on the teacher’s contract as a quid pro quo for the union’s support to get elected?

New Buffalo Train Station: When was the last time you did it?
You Raided the Wrong House and Killed My Dog!
Comment