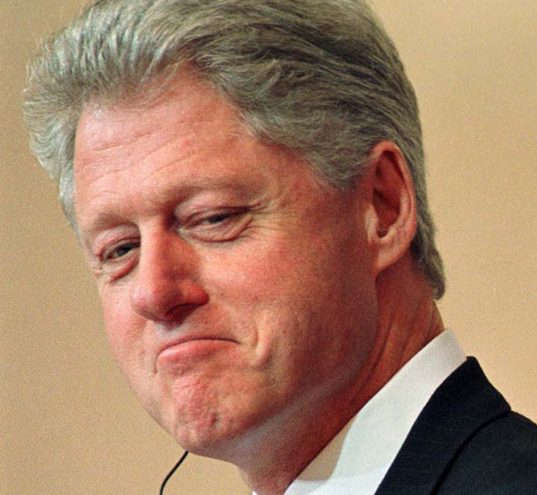 In part one: The Harmon Wilfred Matter: Clinton Foundation CIA Covert Corruption & New Zealand, I outlined how Harmon Wilfred, a professional contractor and consultant, was under contract with the CIA from 1994 through 1998.

While working for the CIA, Wilfred claims he discovered fraud and embezzlement against US citizens.

In November 1999, he took his evidence to President Bill Clinton’s attorney, Gregory Craig, at a meeting in Toronto, Canada. Wilfred claims Craig warned him that if he took this evidence to the US Justice Department, “You will never see your children again”

Wilfred ignored Craig’s warning, and in October 2000 he blew the whistle to the US Justice Department.

Wilfred believes that certain agencies and individuals, among them, Bill and Hillary Clinton, perpetrated the crimes, and continue the same crimes of fraud and embezzlement of US taxpayer’s dollars.

He blew the whistle in 2000 and claims he soon received threats to his life and has been a man without a country since 2001.

His wife, Carolyn Dare Wilfred, is an heir of the multinational Dare Foods. She owns 27% ownership in Dare Foods.

In June 2001, Wilfred and Carolyn fled Canada and went to New Zealand, because he claims he received death threats. After their departure, the Canada Revenue Authority levied a “departure tax” on Carolyn’s  estate of $20 million.

To avoid the punishing departure tax, Carolyn retained BDO Dunwoody and Frazier Milner. They employed a tax strategy that had been utilized before throughout Canada. It neutralized the departure tax to zero.

In 2003, the CRA challenged this BDO tax strategy by retroactively changing the law. The challenge was appealed by a class action suit and ultimately went to the Canadian Supreme Court.

In 2004, Wilfred’s US passport was confiscated by the US consulate. He renounced his US citizenship effective April 1, 2005 to avoid deportation from New Zealand.

New Zealand denied him residency in 2006. He applied for political asylum which was denied followed by an appeal denial.

In 2007, Wilfred filed a case against the US and Canada with the United Nations Human Rights Commission. Carolyn financed the case.

The case was denied because the US does not consider the UNHRC competent. Wilfred removed the US as a defendant and re-filed the case against Canada with the US actions as evidence of collusion with Canada.

The Commission agreed that this conformed to the rules and accepted the case. Canada did not respond to the case within the 6-month statutory requirement. Wilfred applied for a summary judgement. Canada requested a 6-month extension to reply. This was granted.  At the end of the extension, the US objected to their inclusion in the evidence of the case. The Commission dismissed the case.

Wilfred objected and filed for a Judicial Review of the dismissal to re-establish the UN case against Canada on January 9, 2009. This reopened the case.

One month after the Judicial Review reinstated the case, his wife, Carolyn’s assets were frozen. [which curtailed, if not ended, her financing of his UN case.] The CRA Enforcement order was issued Feb 13, 2009, just after his Request for Judicial Review.

The question Harmon Wilfred poses is “what has Canada and New Zealand done in collusion with the US … to hide their nefarious cooperation with the Clinton/CIA Shadow government?”

Meantime Wilfred Harmon remains a man without a country.