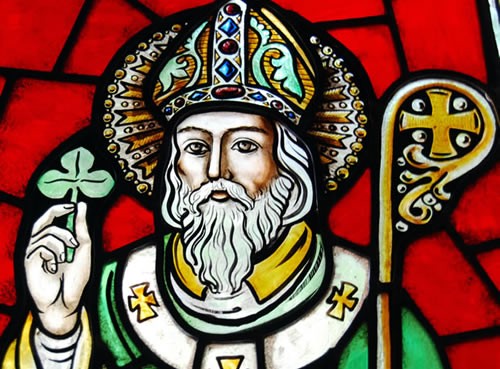 Ego baptizo te inome patris et filio et spiritus sancti
I begin by using Latin (not to claim  fluency, I am not!} but to espouse my claim to Christian heritage through an old language, much older than modern English, Latin conveys the deep strength of ancient, universal (catholic) authority, exemplified through the Eucharist or Lord’s supper, celebrated in many forms throughout the centuries of Christianity. It penetrates to an even more ancient glorification of what endures through time, revealed in the ceremonial practices of Greco-Roman culture, Mongolian culture in the times of Genghis Khan,hence its translation to Chinese civilization and ultimately our own.
What endures? what is everlasting?  comes down through the ages as a revenant transaction of God’s power through humankind? — scriptures, an event memorialized,  a Place, hollowed ground, words of an unchallenged tradition  — all of these wondrous deposits exceedingly more powerful than current  false- profound philosophies and doctrines that erode our capacity for understanding His truth.
In this time of blazing uncertainty, we need to know the absoluteness of God’s presence and grace by reaching for those signs and artifacts of it through the ages — enforced also by knowledge of those leaders embraced by God,destined to perform great works regardless of accidental religious persuasion,who possessed an instinctoid  awareness of human needs — Founders of Christianity Jesus and Paul,Patrick and lesser lights,but still bright, (in our time Mother Theresa,Martin Luther King and Nelson Mandela) ; 5th / 6th Centuries BC Enlightenment of Siddhartha Gautama (The Buddha) and Confucious, China’s most famous philosopher and teacher.
And Genghis Khan, known for his bloody conquests but a truly remarkable leader who built the largest land empire in world history,  liberated the people of the steppes, and gave them rule by law and national dignity.These Steppe Mongols were hardly barbarians,they were among most enlightened people on earth.
Also interesting to note that this vast empire,including most of China, in mid 13th Century  was managed by Mongol women who declared themselves as Christians at a time when Mongolian official policy was religious freedom.    (Family note: this was same time Hunterstone was being built in Scotland.
Yes, there is a lot of paradox in human accomplishment.
Following Jesus and Paul, Patrick is our man.

Life gives to each of us a mix of pleasure and regret.Of all the things I am proud of in this life one on the top shelf is that my mother gave birth to me on St. Patrick’s Day.
Revered as the patron saint of the Irish, Patrick was not Irish.
His birthplace and year of birth are not exactly known, but he was born somewhere on the west coast of Great Britain about 400 A.D. in what is now called Scotland or Wales. His family was well-to-do.
At the age of 16 he was kidnapped by some Irish pirates and sold into slavery in Ireland. He served as a slave for six years, tending sheep herds for his master. His life as a shepherd was endless misery. Left alone with the sheep in the hills, he was usually cold, hungry to the point of starvation,without shelter, and forlorn.
But this was also a time when his soul surged: he went deep into his inner self to gain spiritual command. He realized that there was more to this beautiful land with its lush green hills where he had been placed and more intended for him than what he was doing.
At that time his name was Maewyn Succat. It was later changed to Patrick when Pope Celestine canonized Maewyn to sainthood.
Did he drive out the snakes in Ireland? The factual answer is no, there were never any snakes in Ireland; but there is also a spiritual answer. While on his green hillside with the sheep, he began to think that he was not a good person and would go to hell when he died. In this quiet time of misery and sorrow Maewyn reached out and found his Lord, Jesus Christ.
Then by God’s grace he was able to escape and return to his earlier home, but there was no intention by God or Maewyn for him to stay there. He had fallen in love with Ireland, and after a visit to Rome, returned to his adopted country as a missionary to proclaim the gospel of Jesus Christ.
He is celebrated and honored on March 17, the day he died, for bringing the light of Jesus Christ to the nation and people he loved.
Until the advent of Christianity the common religious beliefs were that of paganism and druidism, full of fear,terror and captivity of darkness.By bringing the light of Christianity into Ireland, he drove out the “snakes of evil.” In less than a century the Irish Catholic Church, as distinct from Roman though allegient to the Pope,was founded.
Patrick used three leaf clovers of the Shamrock to explain to his people the three persons of the Godhead – Father, Son and Holy Spirit – Blessed Holy Trinity that we confess in Patrick’s Prayer of Lorica. He taught that it is not our physical death we should fear but our spiritual death, being totally separated from God. Thus he restored us, as Jesus and his disciples did, to hope, faith and love.
And so I say to my family and friends, HAPPY SAINT PATRICK’S DAY!
It took me a long time to learn this, and I almost missed it.
Postscript
I discovered the facts of this story when I visited the island of Iona, just off Craigmure, Scotland several years ago.I still remember this experience vividly: the monastery and nave where I found information on the lives of St. Patrick and St. Columba,the huge Celtic crosses, long hours spent on the rocky cliffs above the harbor,the charm of a little house where I stayed at Craigmure, and the walk across the moor to the ferry. I only regret that I did not return.