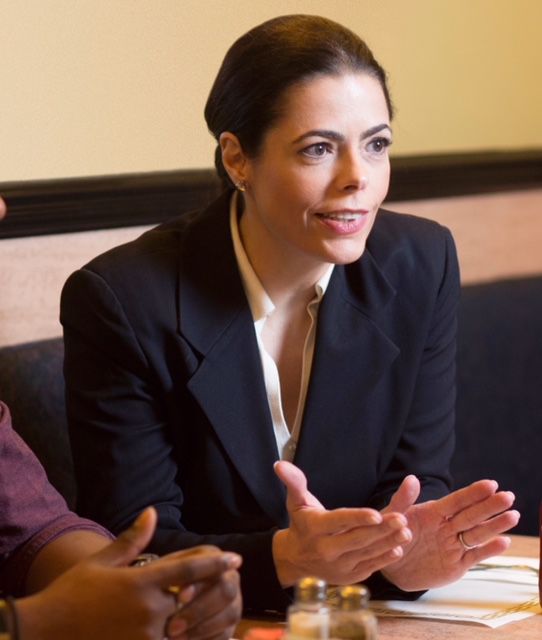 Her name is Chele Farley, a private equity executive, who holds an engineering degree from Stanford University.

Gillibrand, a Democrat, is seeking her second six-year term.

A couple of points, some of them well known and others less known, made in the article:

Gillibrand, D-N.Y., has more than $9 million in her campaign war chest.

She has been mentioned as a possible 2020 Democratic presidential candidate.

Farley said of herself and of Gillibrand’s possible run for the White House, “I’m not interested in appealing to left-leaning coalitions to potentially run for president. I want to sit there and help bring this money back, which will also very importantly bring back jobs.”

One of the main issues Farley has so far discussed in her campaign is New York’s status as a donor state. A donor state is one that pays more in fedral taxes than it receives in federal aid.

New York sends at least $40 billion more to Washington than it receives in federal funding, according to Farley.

“That’s appalling,” Farley said. “… because our infrastructure is crumbling.

“I’m an engineer. I studied engineering. … bridges are falling apart, our tunnels, our roads. We have big problems with water infrastructure. The pipes are crumbling. … We just need to bring New York’s money back to New York,” she said.

New York State is a shrinking [in population] state, according to US Census data.

A recent report in USA Today said, “New York is one of many Northeastern states whose populations are shrinking due to rapid outbound migration….  roughly 191,000 more Americans moved out of New York to another state in 2016 than moved in.”

Farley is preparing white papers on various issues, including health care and taxes.

If elected she will advocate for balancing the federal budget.

“I understand what it’s like to have to meet a payroll and only spend the money that you have,” she said.

Farley is not guaranteed a spot on the ballot for the general election. She may face a primary for the Republican line. David Webber, of Fulton, has indicated he may run against her in the primary.