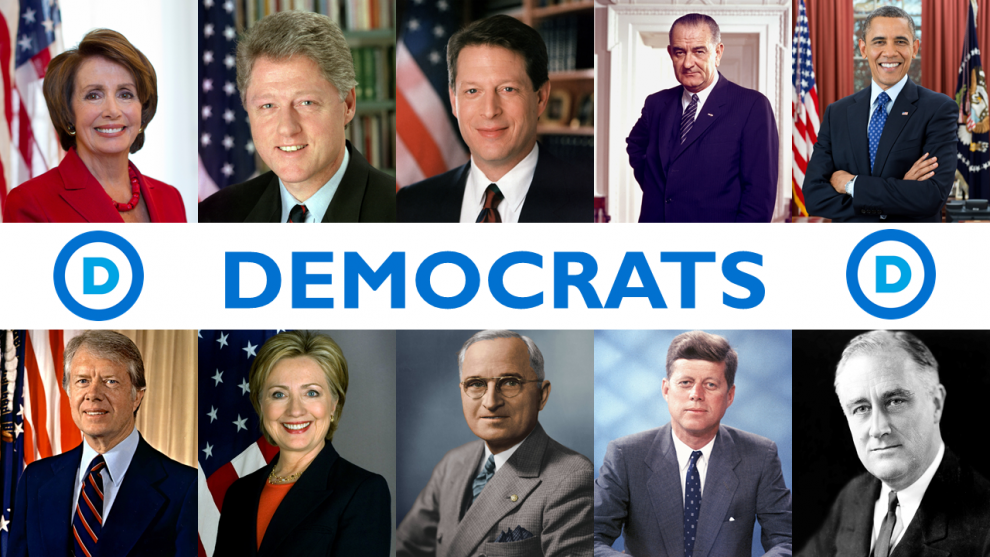 More than one month ago, on February 7th, the Minority Leader in the House of Representatives, Nancy Pelosi, the epitome of a San Francisco liberal, treated America to an 8-hour lecture on why young illegal immigrants who benefited from President Obama’s (unconstitutional) DACA program should be allowed to stay in this country.  Her speech marked the culmination of the Democratic Party’s bizarre pivot from its historical role of representing its constituents and (progressively-minded) U.S. citizens to representing illegal aliens instead. Pelosi reached a rhetorical crescendo when she recalled that her grandson had once declared that he wished he “had brown skin and brown eyes”. Seldom has the House of Representatives witnessed so touching an homage to the beauty and nobility (as liberals see it) of reverse racism.

The Honorable Congresswoman is entitled to her warped progressivism and her fashionable racism, however. This is still a free country, after all. What she is not entitled to, and what no Democrat is entitled to, is the active and purposeful subversion of U.S. laws. Democrats, lest we forget, are itching to impeach President Trump for allegedly obstructing justice in the course of the Mueller investigation into Russian election meddling.

Trump’s “obstruction”, however, consists of criticism directed at an inquiry that is demonstrably flawed and biased, whereas his administration has complied with all of its legal obligations and fully cooperated with the special counsel’s office. Democrats, though, should begin to ask themselves: now that hurling charges of “obstruction of justice” is politically en vogue, could they be targeted too? The answer is yes, and the opportunity is close at hand.

The Democratic Party is pathologically obsessed with making excuses for illegal immigrants. Moreover, its reverse racism leads it increasingly to reject even the possibility that a single illegal immigrant could be criminally-minded or in any way “undesirable”. To make this suggestion even as a hypothetical is to invite derision and/or ostracism in liberal circles.

Since illegal immigrants are now officially beyond reproach, Democratic politicians have taken the logical next step: they have implemented “sanctuary city” policies in jurisdictions nationwide in order to frustrate the enforcement of U.S. immigration laws. Just recently, it was reported that the NYPD, acting under orders from Democratic politicians, has refused to comply with federal requests to hand over 1,500 illegal alien criminals for deportation. This is but the tip of the iceberg. “Blue” cities, counties, and states have implemented policies that explicitly discourage cooperation with ICE and the Border Patrol, and which in fact punish such cooperation; they have funded legal aid and other forms of assistance for illegal immigrants attempting to evade deportation; and they have given every encouragement to present and future illegal immigrants, promising them sanctuary from federal authorities.

The purpose of all this policy-making and posturing on the part of Democrats is obvious: it is to obstruct the enforcement of U.S. immigration laws! By contrast, President Trump has never suggested that laws against electoral interference, espionage, or treason should not be enforced – he has simply stated that he is innocent of all of these crimes. Democrats, on the other hand, brazenly admit their contempt for the law, and they flaunt their efforts to stymie its enforcement.

It is important to clarify the fact that harboring and giving assistance to illegal immigrants is already a crime in itself (see U.S. Code, Title 8, Section 1324), but systematic Democratic efforts to subvert, even nullify, our country’s borders and immigration laws seem to me like another form of criminality: they represent a conspiracy to obstruct justice much more shocking and elaborate than anything of which Republicans stand accused.

Long ago, I argued that the Department of Justice should prosecute Democratic politicians who openly violate Title 8 of the U.S. Code. The law specifies a penalty of up to 5 years’ imprisonment. If these penalties were applied, presumably the Democratic penchant for obstructing justice when it comes to immigration laws would evaporate overnight. That would be good for America, and it would be great for the Democratic Party, the legitimacy of which might thereby be restored.

Until the Justice Department acts, however, the House of Representatives should consider pursuing the political remedy of impeachment against those who undermine our laws. Judges, federal officials, and members of Congress who seek to obstruct the implementation of U.S. immigration laws should be subject to investigation, impeachment, trial in the Senate, and removal from office (or, depending on the circumstances, expulsion from Congress might be more appropriate).

After all, surely the actual crimes of Democrats deserve as much attention as the imaginary crimes of Republicans. That is not asking for much, is it?

The Democratic Party sorely needs a dose of reality, and the only thing that is preventing Republicans from administering it is the fear of a public backlash. The maintenance of our constitutional system of government demands that we act to preserve respect for the law, however. And let’s be clear: the law is, and always has been, on our side.

Why The Firing Of McCabe Is Critical… the First Card In A House Of Cards!
Judicial Watch’s lawsuit against NYPD on Cardillo murder lands in court; Did corrupt FBI have role in death of policeman?