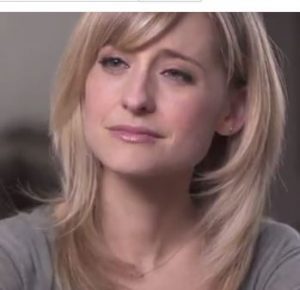 Allison Mack’s website www.allisonmack.com contains a cornucopia of ramblings and devotions to her ‘mentor’ Keith Raniere, who was arrested on March 25 in Mexico on US charges of sex trafficking and forced labor.

Mack faces arrest for her role in the sex trafficking scheme – where women were branded with hers and Raniere’s initials on their pubic region.

She has been identified as co-conspirator #1 in a federal criminal complaint used to arrest Raniere.

On Mack’s website she writes about Raniere in language that suggests he had answers to her admitted mental confusion:

“My mentor, Keith, once gave me a lesson on how to listen, truly listen, almost in a meditative way. He taught me how to hear the euphony of the world.

“More often than not I am spinning in my head consumed with thoughts about what are others are thinking of me, how I can do better and what I’m going to eat for lunch.

“The noise in my head is so loud that I can’t hear anything other than the feedback bouncing off the inside of my skull. He taught me to close my eyes, tame my thoughts and really listen…  Suddenly the world sings and becomes symphonic in pattern and texture.

“We can take what we experience and make it into art. So it stands to reason that the more deeply I experience existence, the better artist I will be. The Source [a NXIVM-related course for actresses, designed by Raniere] teaches that and it comes from what Keith shares with his students, taking them on a journey to that depth of one’s life experience and expression. When I saw this video, I remembered experiencing the magnificence of sitting still long enough to listen – to hear the world around me. From this stillness comes a freedom – because that voice in my head now seems irrelevant. And so the concert has begun.”

Now Raniere is in prison being held for arraignment. Allison is likely to follow, having been one of the topmost leaders of the brutal DOS sub cult of NXIVM – which branded and blackmailed women.

Mack – the second in command of DOS – which stands for Dominus Obsequious Sororium – or the slave women under the master – reportedly has Raniere’s initials branded on her pubic region. She has her own initials, along with Raniere’s, branded on dozens of other women. Mack gave Raniere “collateral” – raunchy, graphic, nude pictures of herself and other items meant to destroy her life.

Up until his arrest, she had to ask Raniere’s permission to go to sleep.

She used her celebrity status to persuade women into sending Raniere graphic nude pictures and confessions to use as blackmail and used her own home to have them branded with a hot iron by physician Dr. Danielle Roberts, one of the slave women of Mack and Raniere.

Mack was in a one-sided polyamorous relationship with Raniere – who kept her sleep-deprived and malnourished.

She quit her successful role on Smallville in 2010 – at the height of its popularity – after he told her to quit {she made a few guest appearances the following year with his permission].

Allison Mack may be mentally ill. She may be a victim. She may be a brutal creature. Either way Raniere preyed on her and brought the worst out of her.  Whether she remains loyal to him or turns and gives evidence against him remains to be seen.

In any event, Allison Mack as she exists today is a human tragedy.

On August 29, 2017 this writer wrote about Allison Mack: “Other media outlets will soon be reporting [on Mack’s role in the sex cult]. They had to do what I did: Vet the truth of the branding and blackmail scheme. Expect news on DOS, Raniere and Allison Mack to be widely reported nationally.”

In early October – before the New York Times story on NXIVM came out – Catherine Oxenberg and this writer spoke with her longtime personal manager to ask her to persuade Mack to quit the brutal cult and rescue other women trapped in its slavery.

Mack evidently was not persuaded to quit. Her mother and father both firmly stood by fighting for Mack’s right to be in NXIVM and ignored mine and others’ warnings about the cult. In fact Mack’s father gave singing lessons to cult members for a fee, while her daughter was secretly branding women.

Her website chronicles the decline of the once successful actress who devolved into criminality and delusion and possible victimization.