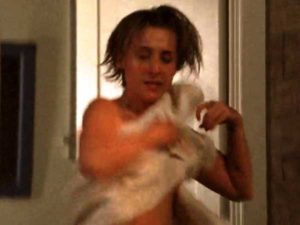 The following report is based on more than a dozen interviews with  former members of NXIVM and friends of Allison Mack who are dismayed at her continued involvement in the sex-slaver NXIVM cult.

In Part 1: The secret story of how Allison Mack became a sex slaver, Artvoice revealed that Mack – desiring an intimate relationship with cult guru Keith Raniere – pledged her financial assets to ensure she would never have sex with another man.

Raniere took control of her life. He advised her to quit acting and she did. He placed her on a low calorie diet, explaining that she must not eat more than 800 calories per day. Raniere likes women rail-thin. He told her that little sleep, a low-cal diet, and sex with him would transform her into an enlightened being.

He told her one thing more: [as he taught other women] that he was healing her of ‘disintegrations’ though sex. It was not important if she had an orgasm. It was important for her that he had an orgasm. If he ejaculated on her, he taught, she would be his slave forever and saved from all future rebirths. Allison bought it hook, line and sinker.

He further told her that he could die if she had sex with another man. Not that he was jealous. He restricted her for her own sake. He was ready to die for her and others, but his mission to save the world was not complete, he said.

“What does it mean, if you’re sex desire is so strong that you would sacrifice the well being of the world?” he asked her and other women. Allison had tears in her eyes.

Raniere said Allison needed more collateral. He wanted her to advance in the harem. He said there might be important work. She was thrilled. But there were no more assets to pledge to him. And because she was no longer working as an actress, but doing Raniere’s work full time for his mission, she was spending money fast.

“What else can I give,” she asked.

Nude pictures and videos.  “If you want to continue our relationship, they must be graphic,” Raniere said. “Even if I had your money, you could go and earn again as an actress. I need pictures that I could release that will destroy your public image. If you don’t want to, I understand. But remember I have taken on your sins. If you betray me, I would die. If I die, the world will go into darkness for 10,000 years.”

Allison Mack – as the Feds may have already discovered following their raid on Raniere’s townhouse – gave him pornographic photos, with her legs spread and her face in the photos.

But that wasn’t enough. In a few more months, Raniere wanted more collateral. How many graphic nudes of Allison Mack did he need? He had plenty.  He wanted something else:

“Everybody has done something to be ashamed of,” he told her. “Confess on video something damning, something shocking. Something that could destroy your future, embarrass you everywhere – make it impossible for you to restart your career. Collateral that would make people hate Allison Mack, if I released it.”

Allison was confused. “What if I never did anything wicked?,” she said. 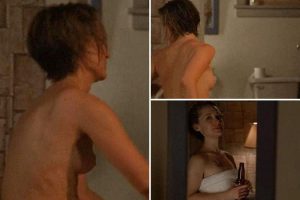 Allison gave him the collateral. She confessed to deeds she never committed. She moved to Albany to be near him. Then, like all his women, she lived, waiting for him to call and come when he commanded. Sometimes he would not show up for days. Allison would look out the window of her home waiting for him to pass by. Sometimes she would frantically ask other women if they had seen him. And when he finally came to see her, her life was complete and she was ecstatic.

Raniere was pleased with Mack. He understood her value to him. He knew she could – more than any other woman in the cult – find young, slender and attractive women.  He put Allison on a 800 calorie per day diet. He told he she must awaken at any time at night he texted her and never again sleep a full eight hours as she was prone to do before he deigned to teach her.  She soon became sleep deprived and struggled to stick to her low calorie, meatless diet. She was losing weight. She developed bulimia.  She would eat too much then rush to the toilet to vomit. She started carrying around pre-measured meals. She started chewing sugarless gum to fight off cravings of not having enough food. She was constantly chewing gum. Raniere then required her to jog at least 30 miles per week – while remaining on the low cal diet.

Raniere liked the idea of collateral, and decided it could work to teach women on a much larger scale. He ordered Allison to find other women. Then one day, Raniere and Allison instituted their plan: They added collars, a hierarchy, where slaves recruit other slaves, and pubic branding. They called it DOS.  It began with Keith Raniere saying he needed assurance that Allison Mack would not have sex with another man.