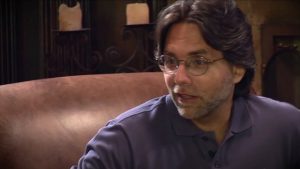 Keith Alan Raniere, AKA prisoner 57005-177, is now listed on Inmate Locator as a resident of the MDC BROOKLYN, an administrative security metropolitan detention center in Brooklyn New York. A call to the prison confirmed that Keith Alan Raniere is in the facility as of this morning.

Raniere is expected to be arraigned in Federal Court in Brooklyn and this relocation – he formerly was being held in Oklahoma City at the Federal Transfer Facility. This signals his arrival and impending arraignment.

If Raniere fails to get bail, the Brooklyn MDC is likely to be his home until his trial which may take as long as a year or more before it commences.

Stay tuned for more info as it develops.