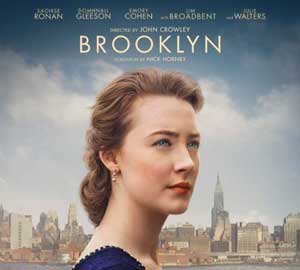 Allison Mack is now officially a target of the FBI in the investigation of the sex-slaver cult of NXIVM.

Mack is said to be penniless. In the 10 years since she joined Keith Raniere, she has given her multi-million dollar fortune to his service. “Money cannot buy ethics,” Raniere taught her and told her to quit her starring role in Smallville where she played Chloe Sullivan for 10 seasons.

A friend of Miss Mack’s commented:

“Allison never intended to ‘give up’ acting. She intended to do some soul searching and then do more meaningful roles on stage and on screen. She still wants to act, but Keith convinced her that she can only take certain roles, because other roles are not ethical and go against humanity. For instance, when she took a role on ‘The Following’, they made her make a public apology to the community about how her materialism and want for attention clouded her judgment. How taking that role hurt the community and hurt her dear friend Keith because it was about a cult. She cried in front of the community, begging for forgiveness, and she was applauded for it.

“Not only has Keith convinced her that she had to create THE SOURCE with her, but he convinced her that she must take roles that further humanity and his mission. So she spent all her time trying to enroll women into a $10,000 program about acting, and trying to make plays that mean something… but really she is and continues to serve Keith’s fucked up mission and also used her celebrity to enroll beautiful young actresses into the Source and then into DOS so Keith can fuck them too.”

Unlike many parents of young women who might be in a perilous state, Mack’s parents supported Raniere’s goals to control their daughter. Her father and mother were not going to substitute their judgment for that of cult leader Raniere who claims to be of “the smartest man in the world.”

That was unlucky for, in some circles, fathers and mothers of daughters who are displaying outward symptoms such as Mack would rush to intervene.  Raniere had nothing to worry about from Mack’s father.

In a tweet, Mack wrote, “I was set free! I dissolved in the sea, became white sails and flying spray.”

Meantime her critics call her “Pimp Mac”.  She was glad to bring women into slavery for Raniere to have sex with but now she is not having any luck at all. Raniere is in prison because of the scheme they concocted – a blackmail and branding pyramid scheme with masters and slaves and Raniere the grand master.

Now Raniere sits in prison, unlikely to ever be free. Mack may soon be following him.

Whether she will have money to retain an attorney is another matter. She was planning to file bankruptcy not long ago and following Raniere’s orders, she sought to hide her remaining money. She lent money to NXIVM members who now, because of the criminal investigation, are unable or unwilling to pay her back.

Click here to post a comment
One Hell of a Problem: Pope Francis Tells the Truth and Gets in Trouble
Allison Mack – facing arrest – is reportedly penniless – may be legally insane