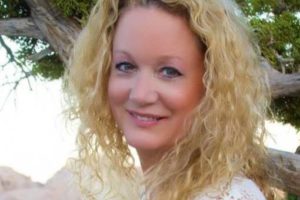 Today I woke up feeling nauseated and very anxious. It’s a big day and this has been a long time coming. I had a lot of mixed feelings and decided only yesterday to attend.

I felt relieved, but a bit nervous about what the outcome would be, given Keith has gotten away with so much in the past. But, there was renewed hope in my heart that this time it might be different.

I showed up at court early – at 11 AM for a 2 PM hearing. I wanted to make sure I could get a seat in the tiny  courtroom. I had heard that Toni Natalie and Catherine Oxenberg were attending, so I reached out to see if we could embrace the day and all go together.

After all, this was a victorious day and one to unite in celebration. After several texts and a couple calls to Toni, she did not respond. I was told by a reliable source that Toni did not want me to join her. Many of you know there is a history between us and I felt very sad to not be included and was a little scared to go alone. A message conveyed to Catherine did not open up an invite either. Thankfully, my dear friend Joyce took the redeye last night, flying across the country to be supportive, so I would not go in alone.

As it turned out there was no one there early except me and lots of media, filmmakers and documentary folks outside the courthouse. And so I wound up spending time talking with each one since I had three hours to spare. After so many years of silence because of being legally stalked with court restraining orders – not being able to tell my story publicly, it felt good to finally feel safe to do so. I began to share details that no one else cares about, nor do ex-members want to tell about – not the good and the bad.

The question of the day was “what was good or compelling about Keith and the company to attract so many good, intelligent people?”

Toni arrived with Catherine a couple hours later and entered the courthouse sitting together. When I entered, we were all cordial, but there was no apparent interest by them in my joining their intimate group. Nevertheless, I was there for my own purpose and glad to experience this day. The most compelling reason I decided to attend is when several pointed out that this “may be the only and last day to ever lay eyes on Keith, and you should be there to witness the effects of yours and others’ actions that brought this day here – and have closure.”

It wasn’t until around 1:30 pm that the courthouse began to fill. It was surprising, as I had expected there to be more people and even thought a bus load of devoted members would show up to support their leader. THEY DIDNT. In fact, in the 11th hour yesterday, the powerful and influential contingency of Nxivm in Mexico City ran by Emiliano Salinas (son of ex-president Carlos Salinas) and Alex Betancourt made an announcement officially closing their center after 15 years and ceding their ownership. I was shocked!

Could it be they are finally waking to the irrefutable evidence presented last week by the prosecutor of Keith‘s involvement in the creation of the women’s group with concrete evidence of the same, making it clear that he and his hierarchy lied and betrayed their trust?

Needless to say, we all sat with bated breathe awaiting Keith to emerge from the small door in front. There were many people on the prosecutor side coming and going. I think there were 8 people. And the lead prosecutor, a small, unassuming women with long brown hair looking no older than 20 years old. But, my guess is she’s a fellow warrior in all 100 lbs of her!

Two older women came in with artist palettes to draw their impressions of Keith including the cutest set of binoculars. Yes, binoculars, when they were sitting a mere 20 feet away! Omg…too funny.

Finally,  at 2:20pm,  Keith came through the door, while those around us spoke of how mysterious this delay was saying how punctual it normally is. If you have ever observed Keith walk, then you know he has an unusual gait. He walks forward on his toes with a skip up at times. Well, he bounded into the courtroom with an exaggerated hop skip to his step that made me chuckle.

My opinion is this, is this his “I’m an innocent good boy skipping and hopping stance.” He was dressed in a bizarre jail uniform in a color not seen before which had shades of red, green and black. He was adorning his typical look when he wants to appear the impish college nerd with his round glasses and clean shaven face. Gone were the long dregs and beard looking like Jesus. His hair looked unkempt (maybe they denied him shampoo?) and his face was blood pressure red. The only other time I saw him looking this unglued, nervous, agitated and red-faced was when I and eight other women (aka The Nxivm 9) confronted him for 11 hours just before we resigned.

Clearly, Keith is not used to being held accountable?

My impression of him after nine, intimate years of knowing him, is that he was frightened and acting humble, confused, showing earnestness for the judge to see him as good. I know others may perceived that he was ‘arrogant and smug’ but I did not detect that at all, nor did others I asked.

When answering questions, Keith did what I would call “I’m a bashful good boy” leaning forward earnestly to the judge with as much respect and sincerity he could muster. The judge would know no difference from one who might be genuinely that way.

It was brief and over in 5 minutes. Keith’s attorneys stated that they were not seeking release and the judge ordered permanent detention with a stipulation that a request for a future hearing on being let out on bail was admissible. I’m not an attorney or expert at these things (although I have made several attempts at defending myself) is that this was somewhat of a concession for it was hopeless to even attempt to ask for bail. The judge was very cordial and kind in his brief appearance, and in his addressing Keith.

It ended before it began!

I felt enormously relieved to know he was being kept behind bars. And yet, I simultaneously felt a deep sorrow and grief of a brilliant man who had the capacity to positively impact the world – and here he was a fallen man who was led astray by the dark forces seemingly uncontrollable within him, creating a wake of abuse and great harm to many.

Today was a victorious day. Today was a day to celebrate. Today restores and renews the faith within each one of us that in the end “truth does prevail and justice is served.” Today I feel closure and am glad that I could be there and be a witness.