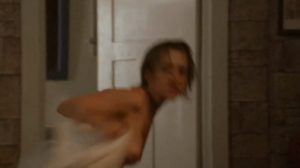 The women in DOS were branded on their pubic region with the initials K-R-A-M. [initials of Raniere and Mack] with a cauterizing pen. DOS offered its exclusively female membership instructions on the teachings of Raniere. Diet plays a vital role.

The presence of excess fat can disturb transmission of Raniere’s subtle energies to women, he said. He required female students to be slender. He offered instructions on overcoming bodily urges and “emotional viscera” toward food. DOS women were placed on three diets, separated by daily caloric intake: 500,[advanced] 800 [standard] 900 [women who had defiance issues].

Mack enforces dietary compliance and is on the 800 calorie diet. She developed bulimia. Other women lost hair and stopped having menstrual cycles – despite being in their 20s. Raniere explained this is part of “evolutionary growth.”

The ‘Raniere-Mack Diet’ consists of several spoonfuls of plain yogurt and fruit in the morning. Lunch and dinner consist of plain squash, kale, cucumber, or zucchini, and a bite of Kimchi. A favorite of slaves is shirataki noodles [10 calories per 4-ounce serving.] Beverages consist of lemon water with stevia, probiotics and Zevias, a calorie free sparkling water. For desert, several pieces of sugarless gum.

Raniere and Mack instruct DOS slaves to periodically fast on a beverage of water, maple syrup, cayenne pepper and lemon juice which they call the “Master Cleanse.”

Raniere, who teaches he is beyond the need for dietary restrictions, was a vegetarian, who ate meat on occasion. Since he is in prison, he is reportedly eating something that appears to be meat and indeed may have some meat or meat byproducts in it and goes by the name of the meat it is supposed to closely represent [i.e. bologna].

Raniere taught Mack and their slaves that his physical body is “a manifestation of universal cause and effect” and that women are  “a physical embodiment of his own body.”

Barbara Bouchey, who defected from Raniere in 2009, testified in a lawsuit that Raniere teaches women that he develops an intense, supernatural closeness with them. The connection is so deep that, if a female student takes drugs or alcohol, eats meat or fish, it can have a “negative reaction”,  which could take his “life force” and “rob him of years of his life.”

In addition to diet, Raniere’s slaves are instructed to sleep little. Raniere said he dispensed with the need for sleep; slaves are required to ask permission to go to sleep and awaken at the call of Raniere or Mack – which may come by text.  Failure to comply comes with vigorous paddling on bare buttocks.

How much sleep Raniere enjoyed prior to his sojourn in prison was a matter of some conjecture.  He was indeed awake all night since he did most of his teaching during the night and early morning. During the day he was generally unavailable. Several women who left Raniere claimed he slept most of the day. Raniere had these women sued and tried to get them convicted on various criminal charges.

Mack said the reason Raniere is unavailable during the day is he is in “deep transcendental communion with cosmic realities.”

Mack told her slaves the reason they are only allowed to sleep three to four hours per night is to teach them to be in “alignment with their inner representations” of Raniere.

Raniere, now in prison, must remain locked in his cell by night and only during the day can he go to his cell block. It is not clear how this change of his longstanding routine will effect his subtle energies.

When he was free – Raniere often selected a female student to accompany him to his  “library” – which was described in the Albany Times Union as his ‘sex lair’.  Kathy Russell – a 59 year old who he taught to be his slave years ago, and an aspiring ballerina – was assigned the task of cleaning the sheets for the bed and sanitizing the hot tub after such instructions of various  women occurred.

When he was still free, it was not uncommon for slaves to look out their windows to see if Raniere was strolling by and with whom. Mack was heard to anxiously inquire of her own slaves if any had seen Raniere, after he absented himself from her for a week. Mack, in order to capture more of Raniere’s time and attention, helped Raniere, 57, get younger women.  Mack – 34 – had aged out of Raniere’s first preference for slave harem. She volunteered to bring him younger women.

Raniere realizing that he was not as able to seduce younger women as once he could decided that Mack’s abilities to recruit plus blackmail and branding could work with young aspiring actresses – who he felt make the best slaves.

Before he went to prison, Raniere allowed himself to be viewed by his slaves and prospective slaves [by invitation only] when he played late night volleyball at Hayner’s Sports Barn in Half Moon, which was rented after hours for his enjoyment.

With Raniere in prison, only Allison Mack remains to keep slaves slender and obedient — awaiting the day when they will be reunited as his slaves when Raniere is released from prison.

Compared to Democrat sex-addicts, JFK and Bill Clinton, Trump is an angel
Deeper into the life of Allison Mack and her slave women
Comment