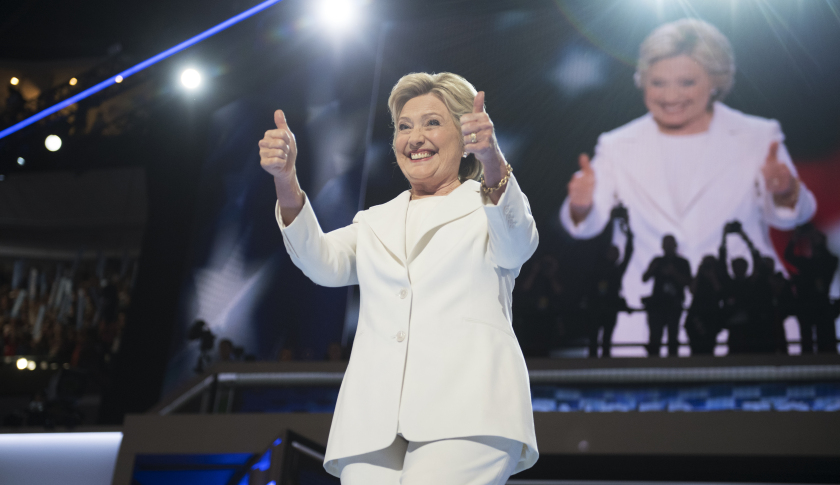 I am still amazed on how many do not understand that Hillary Clinton actually purchased the Democrat National Committee (DNC), AUGUST 2015, four months after she announced her candidacy.

Remember when the Republican candidate, Donald Trump, kept stating over and over again, “The Democrats are crooked [true!], the Democrat nomination is rigged [true], Hillary is crooked (true), Bernie Sanders has no chance to win [true]”…did I forget any? It turns out, then-candidate Trump was right about all of that and a lot more, wasn’t he?

When the polls that the MSM all were quoting showed that Hillary was ahead by double digits, Mr. Trump was saying that the polls “are rigged”. I believe the only polls that were favoring Candidate Trump was Rasmussen. Only a few individuals like Hannity and yours truly were predicting a triumphant Donald Trump.

Just in case you think I’m crazy, here’s a quote from Donna Brazile in Politico  Magazine 11-2-17:

“The agreement—signed by Amy Dacey, the former CEO of the DNC, and Robby Mook with a copy to Marc Elias—specified that in exchange for raising money and investing in the DNC, Hillary would control the party’s finances, strategy, and all the money raised. Her campaign had the right of refusal of who would be the party communications director, and it would make final decisions on all the other staff. The DNC also was required to consult with the campaign about all other staffing, budgeting, data, analytics, and mailings.

I had been wondering why it was that I couldn’t write a press release without passing it by Brooklyn. Well, here was the answer.

When the party chooses the nominee, the custom is that the candidate’s team starts to exercise more control over the party…This victory fund agreement, however, had been signed in August 2015, just four months after Hillary announced her candidacy and nearly a year before she officially had the nomination.”

Think back for a moment…Hillary gained control, (ie, owned the DNC) a “year “ before she “won” the nomination !!! What was Hillary saying back then? Did she let on anything to anybody about how rigged her nomination was?

So when she blew up after the CNN “debate” with Matt Laur, the fired pervert, (you remember that this is the CNN hosted , audience participation get together where Brazile provided Clinton the Q & A before the “debate” and when Laur asked a “good one” she didn’t get  beforehand) Clinton had another melt down , screamed and cursed her staff, throwing a full glass of water at the head of her staffer and was quoted as saying, “Don’t you f—-ers realize that if that f—er (Trump) wins ,he will hang us all”?

We all thought, why would she say that?

Methinks Hillary Clinton’s complete and total unethical, immoral, crooked, lying , cheating, stealing, deceiving of everything may have just had an itsy, bitsy part in her loss to President Donald Trump.

Now that all the after election attempts to unhinge our duly elected President have failed, she does the only thing any crooked lawyer would do: sue him.

If all of the above is true, add to that all of the charges against Clinton yet to come (and they will, i.e. email server, classified document violations, money laundering, influence peddling!)

The Russian prostitute peeing allegation is the “best”; an unnamed Russian informant told his Russian handler that he “thought” he saw Trump enter the room two prostitutes usually use and he passed this valuable info on to another un-named Russian official who passed it on to Chris Steele. You be the judge of that!

Nothing that has been leveled against this president has had a foundation in fact, substance or law…nothing…yet he continues to do things Obama only dreamed about after his prayers to Allah, of course! And the MSM accepts any lame, unfounded, allegation they can dig up against this president as true even after it remains unverified and salacious after years of investigating or attempts to verify with offers of rewards by idiots with money!

Let it go and let this guy do his job! Your stocks are climbing and our enemies are losing!

Congressman Shiffty and Senator Schumer should watch and learn. Some day they too could be believable, and successful, so that they could finance their own election campaign without begging money from businessmen like the President!