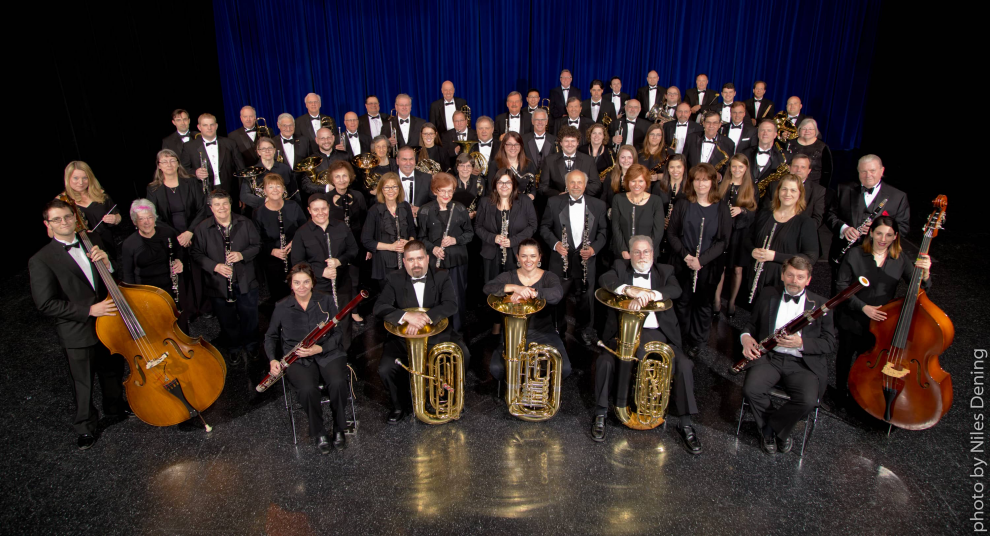 This May, musicians, composers, and enthusiasts will have the once-in-a-lifetime opportunity to attend the 40th Annual Association of Concert Bands Convention, entitled Forté in Buffalo, right here in Buffalo, NY at the Adam’s Mark Hotel & Event Center. This four-day convention, which runs Wednesday, May 2nd through Saturday, May 5th, is a one-stop shop for music-lovers of all ages and backgrounds.

Each day of the convention, the public can enjoy free performances by concert bands both local and from around the country, as well as high school band showcases. Each performing band was chosen by blind audition and represents the highest quality of musicianship. In a special twist, this year’s ACB convention will host five impressive composers-in-residence. Composers Rossano Galante (Grand Island native), Johan de Meij, John Mackey, Stephen Melillo, and Robert W. Smith will each guest conduct a performing concert band.

On Wednesday the 2nd, the convention’s free concert series is kicked off by three performances led by composer John Mackey. First, Hamburg High School, in the conventions premiere high school band showcase, will perform at 6:00. At 7:00, the public can then enjoy the West Michigan Concert Winds. Following this performance, the Erie County Wind Ensemble will take the stage at 8:00 p.m.

On Thursday the 3rd, our free concerts continue under the baton of Stephen Melillo. The evening’s performances will begin at 6:00 with the Clarence High School concert band. The convention then offers back-to-back performances by two local bands, with the Buffalo Silver Band performing at 7:00 and the American Legion Band of the Tonawandas performing at 8:00 p.m.

Friday the 4th continues our free concert series. The evening’s first two performances will be directed by composer-in-residence Robert W. Smith. At 6:00, the convention will showcase Cheektowaga Central. After Cheektowaga, the Perinton Concert Band will perform at 7:00. Finally, the Buffalo Niagara Concert Band, host of this year’s ACB convention, will conclude the evening’s performances. First, under the direction of Amy J. Steiner, the BNCB will perform Steven Reineke’s Celebration Fanfare.

After playing this audience favorite, the BNCB will offer the public a very special treat: Johan de Meij’s Symphony No. 1, also known as The Lord of the Rings. Johan de Meij himself will guest conduct this stunning piece five-part symphony. Symphony No. 1, The Lord of the Rings, which is based on characters and themes from J. R. R. Tolkien’s timeless book series, was awarded the Sudler Composition Award in 1989. It has been recorded by the London Symphony Orchestra, the North Netherlands Orchestra, the Nagoya Philharmonic, and the Amsterdam Wind Orchestra. This May, our very own Buffalo Niagara Concert Band will join this prestigious list when the performance is recorded live at the Adam’s Mark Hotel & Event Center. This performance is also free and open to the public.

If you can’t catch any of the weekday performances, there is no reason to fret: on Saturday, six different concert bands will perform. Beginning at 2:00, composer-in-residence Robert W. Smith will lead three performances. First, at 2:00 p.m., Kenmore East High School will perform. Next, at 3:00 and 4:00, respectively, the Grand Street Community Band and Plainville Wind Ensemble will take the stage. Following a short break in shows, the Lancaster High School band, under the direction of composer-in-residence Rossano Galante, will complete the convention’s high school band showcases at 6:00. At 7:00 p.m., Rossano Galante will lead the Westerville Concert Band in performance.

Musicians from around the country will be attending the Association of Concert Bands convention. One hundred forty of these musicians, from diverse backgrounds and locations, will collaborate as part of the Convention Band. The Convention Band, directed by U.S. Army Chief Warrant Officer 3 Donna L. Clickner, will wrap up the convention’s free concert series with a free performance at 8:00 Saturday evening. This performance will include the world premiere of Rossano Galante’s “The Sword of Titan,” a piece specially commissioned in honor of the 40th anniversary of the ACB by the Buffalo Niagara Concert Band.

Each day of the convention, the public will also have the opportunity to take advantage of special music exhibits, as well as musically-oriented and locally-oriented vendors. Exhibits and vendors will be open from 11:00 a.m. to 7:00 p.m. on Wednesday through Friday, as well as 11:00 a.m. to 3:00 p.m. on Saturday. Several evening receptions will also be open to the public.

Whether you’re a registering musician or casual performance attendee, if you love music, you will not want to miss out on this truly unique experience. The Annual Association of Concert Bands Convention won’t be held in Buffalo again for years to come, so plan on attending today!

About the Buffalo Niagara Concert Band

We believe music can invoke experiences and memories in ways that words cannot express. We take pride in creating these experiences by excelling at our craft, finding joy in producing something greater than any individual, taking pride in service to the community, and relishing the fellowship that follows. We are a one of a kind concert band. Experience the difference.

The group is based out of the American Legion Post 1041 in Buffalo. For more information on the BNCB, visit bncb.org or Facebook.com/Buffalo Niagara Concert Band.