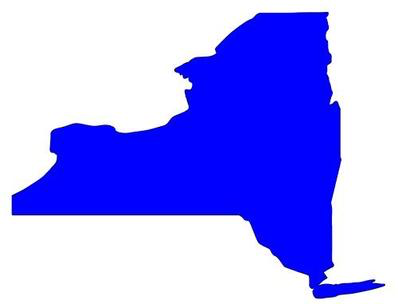 If you follow events in Albany – the highly political small town capitol of New York State – the Albany Times Union is a resource.  Their daily email – Capitol Confidential – has a round up of state political and governance stories at a glance – with links for those who may wish to read the complete story.

The email subscription is free.  Sign up for the free newsletter

Eleven seats will be determined during Tuesday’s special elections, which could give Democrats control of the state Senate. Capital Region voters will also have the chance to determine the successors to state Assemblymen Steve McLaughlin and Peter Lopez. (TU)

Few of the seats available are considered competitive, but the race in Westchester County has great significance. Here’s what you should watch for as the elections play out. (C&S)

The state has adopted a number of changes to voting that will be in place on Tuesday to make sure the elections are secure from invasion. (TU)

Gubernatorial candidate Cynthia Nixon doesn’t think she will get enough support at the Democratic Committee to get a spot on the party’s ballot in September, so she’s going to be collecting signatures. (Politico)

Nixon lacks funding, but she’s making up for it in different ways– like appearing on late-night programs and getting national attention. (DN)

Dying with dignity – or is it a slippery slope? Hundreds of people on both sides of the physician-assisted suicide debate showed up to Albany on Monday for a hearing on legislation that would allow people with a terminal illness to request life-ending medication from a doctor. (AP)

In a letter written to counsel Alphonso David, Senate Majority Leader John Flanagan made it clear that the Senate won’t be rushing to confirm Gov. Andrew Cuomo’s appointments like it has in the past. (DN)

Cuomo wants to get rid of plastic bags used by grocery stores and many retailers to help protect our environment. (TU)

Column: The governor’s desire to ban plastic bags could be a response to the progressive ideas pushed forward by Nixon. (TU)

Two environmental groups are suing the state over a type of water pollution permit required of businesses across New York. (TU)

The governor signed an executive order to finally repair NYCHA developments, directing an independent monitor to oversee the process. The fine print was made public – and the burden of the costs associated with the monitor could be on New York City. (NYT)

Assemblyman Bill Magee has legislation requiring the state to create a registry of beekeepers with hopes of combating viruses that are weakening the bee population. (TU)

Mark your calendar: Education is the backbone of our state’s future. On May 1, state and local leaders will discuss how national trends and state policy are shaping the student body and the future of our campuses. You can get your tickets here. (TU)