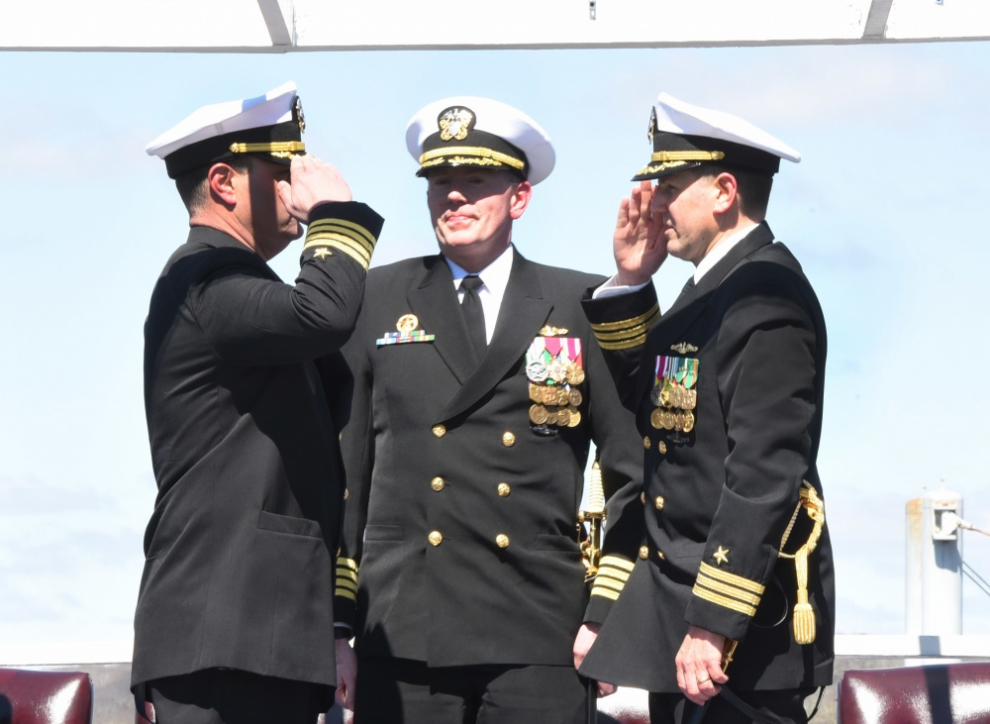 From the Navy Office of Community Outreach:

“Today is a special day for my family—my Minnesota family—and as I look back, 50 months was neither long nor short—it was a length that helped get us where we are today, and I am proud of how we handled and succeeded through the challenges and opportunities,” said Tanaka.
As a leader, Tanaka saw the Minnesota crew as a family and recognized the importance of family to each crew member. The ship’s battle cry of “Be a Viking” was a collaboration between he and his wife Jessica.

“Our command philosophy focuses on winning wars as our number one priority. But the term –Be a Viking—encompasses much more than warfighting—it refers to an idea that Vikings are resilient, family-oriented maritime warriors!” said Tanaka.

Tanaka took a nostalgic look back over his time as Minnesota’s commanding officer, “ As I leave command I can honestly say I have never held a more difficult position, served with better people, experienced the combination of adversity and success and been more proud of the team of people that have worked together with a positive attitude, respect for each other and a true passion for being the very best they could be day in and day out.”

The new commanding officer praised the Tanaka family for their contribution to spirit of Minnesota and its crew. “It is clear that you have given a part of yourselves to this crew and instilled a tremendous pride in being a Viking,” said Flaherty.

Flaherty was mindful of the past but, looked to the future when he promised, “The state of Minnesota carries with it a proud history that we will continue to embody. Like our motto reads—we will no doubt bring power from the North.”