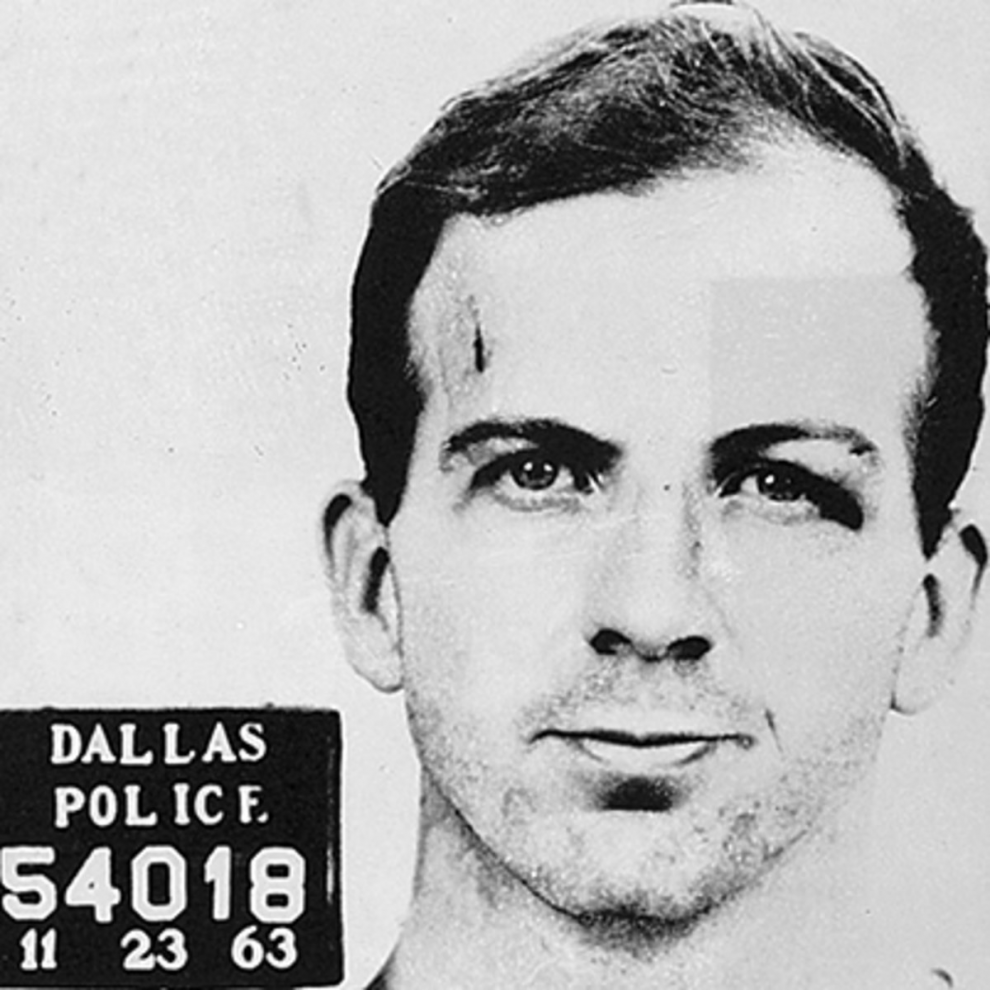 By George Cassidy Payne
Denied a trial, Lee Harvey Oswald was instantly found guilty. But did the government ever prove their case?

First and foremost, no witnesses saw Oswald in the sixth floor window of the Texas School Book Depository. The witnesses who claimed to see a man in the so-called “snipers nest” had no way of positively identifying the person. To see an image through a window at a distance of 100 feet or more is difficult from any angle. When questioned, no witness was able to give any details that would match a description of Lee Harvey Oswald. All that was reported to the authorities is that an individual or individuals were seen lurking behind the window in question.

Furthermore, Oswald’s palm prints were not found on the murder weapon. Even if the authorities did make this discovery, it would not be proof that Oswald fired the weapon. All it would prove is that Oswald- or someone with his prints- touched the weapon at some point. It was not impossible for the conspirators to plant such a weapon if they had access to it beforehand. Regardless, the FBI never said they found Oswald’s palm prints on the gun that killed Kennedy.Even more interesting, the Parafin Test, which indicates a level of gun powdered nitrates on a shooter’s fingers and/or cheeks (if they fired a rifle) was not conclusive. The test conducted on Oswald actually came up negative for residue on his face. If Oswald fired a rifle that day, he would have had nitrates on his cheeks. Not surprisingly, the FBI never made this test a focal point of their case against Oswald.        (Courts today do not admit Parafin Tests as reliable evidence.)

What most people do not know is that the weapon found could not fire 3 shots in 5 seconds. The police on the scene initially reported a German Mauser as the assassins’ weapon. They changed their story later on when it became clear that they could link Oswald with a purchase of the Italian Carbine. In hindsight, the conspirators would have been wise to stick with the Mauser. But in the heat of the day’s momentous events they were not thinking about every conceivable ballistic detail when they opted to switch the make and model of the weapon. The Italian weapon is out of the question. But it is also highly doubtful that a poor shooter such as Oswald- with an obstructed vantage point and a moving target- would have been able to get off three shots with the Mauser. Ultimately, in order to account for the number of shots actually fired, those shots heard by eye witnesses at the Grassy Knoll, and the Parkland Hospital testimonies of where the entry points were on the president’s body, the “magic bullet theory” had to be concocted out of think air to iron out all of the discrepancies. Anyone who has heard about this theory has laughed. It is laughable. It is physically impossible. It is the most absurd theory ever devised to solve a homicide shooting in the history of law enforcement. It was a rabbit out of a hat, and a magical one at that.

It is also preposterous to accept that Oswald, if he was a suspect minutes after the shooting, would not have been arrested when he was confronted by a Dallas police officer in the second floor lunchroom nearly 90 seconds after the shots were fired. If Oswald was not a suspect, why threaten to arrest him as the officer reportedly did? No one else was singled out in the room. If he was the man they were looking for, or if he looked at all suspicious, then why not take him? The fact that Oswald was allowed to simply walk out of the building and go home under those remarkable circumstances is simply unbelievable.

What is more, how the authorities knew to where to look for Oswald before they had even finished investigating the crime scenes is peculiar to say the least. Who knew that it was Oswald they were looking for? Why did the FBI, Secret Service, Dallas Police and other law enforcement agencies assume, based on a description of Oswald, that he was not working with anyone else? How could Hoover say on Saturday, November 23, 1963, that the case was essentially closed? This is the shoddiest police work in American history. Either that, or it was an attempt by the country’s most influential crime fighter to cover up the crime of the century.

Even the story that Oswald came to work that day with an unusual package under his arm is vague and unsubstantiated. Who saw him and what exactly did they see? Does their testimony prove that he had a rifle? The size of the package reported was too small to fit the dimensions of a Mauser or Italian Carbine. Where did this story come from initially?

Yet perhaps the biggest mishap in the plot to kill Kennedy and to successfully cover it up, was the deployment of an Oswald double in Dallas. The same Oswald who was masquerading in Mexico City weeks before the assassination, was also used as an operative in Dallas. In fact, the official claim that Oswald took a bus and taxi home from work actually leads researchers directly towards a conspiracy. A passenger with the name Oswald was logged into a taxi’s book at 12:30pm. Kennedy was shot and killed at 12:31pm. The Oswald who was laughing at the news of Kennedy’s death on the bus before he changed over to the taxi, did so at the wrong time. If he was the same Oswald who supposedly killed the president (and then officer J.D. Tippit), he could not have been in two places at once. For anyone who is seeking demonstrable proof of an Oswald double in Dallas, I highly recommend looking into the phenomenal testimony of U.S. Air Force Sgt. Robert Vinson, as reported in James Douglass’ excellent book, JFK and the Unspeakable.

Regarding Dallas police officer J.D. Tippit, I often wonder where is the evidence that the real Lee Harvey Oswald committed this murder? Who saw him do this? How did they describe the man they were later told was Oswald? The official testimony provided to law enforcement that day does not match the physical description of Oswald. Besides, all of these testimonies were deliberately misrepresented or cavalierly omitted by the Warren Commission.

And why did the Dallas authorities initially state that Tippit was seen in a movie theater? Was that information released too early? Was Tippit supposed to have been shot in the theater, where the real Oswald was naively waiting to meet his CIA handler? At this point, Oswald must have been growing increasingly nervous, but he may not have known that he was being framed. The Oswald double had been seen entering the theater without paying around 1:15pm. This other Oswald wanted to lay a visual trail of evidence while the real Oswald was being positioned to have a violent altercation with the police. The plan may have been to execute him for resisting arrest. Oswald’s reaction when apprehended saved his life, He screamed I AM NOT RESISTING ARREST! The fact that Oswald was not killed in the theater meant he had to be killed in the Dallas central police station two days later. Supposedly the real Oswald drew a pistol when he was confronted by the police in this theater. But this version of events only confuses matters more. Who was witness to this action? Where is the pistol today? And why didn’t the police shoot him if they believed he had drawn a weapon?

The bottom line is that one of the Oswalds was a fall guy. That’s what he told the world when he had a chance to declare “I am a patsy!” There were two Oswalds in Dallas that day. One of the Oswalds was sacrificed unwittingly. The other skipped out of town on an unidentified CIA plane as a covert operative never to be unmasked again.

As I understand the Law, each fact must stand on its own. No combination of facts can make a case morefactual. Point by point, premise by premise, conclusion by conclusion, a case must be won on the merit of every contention. In the case of Lee Harvey Oswald, the U.S. Government did not prove that he was a lone gunman; they merely said he was and threw as much false information at the public as they could. If Oswald was just a rogue Marine gone crazy, why continue to withhold documents about the assassination today? These are documents that the U.S. Congress authorized to be released in 1992. Clearly there is more to the story than what the government has told the American people. Otherwise the massive effort to conceal facts-even after 55 years- about Oswald’s true identity makes no sense whatsoever.

George Cassidy Payne is a freelance writer, domestic violence counselor, and SUNY adjunct professor of philosophy. He lives and works in Rochester, NY.