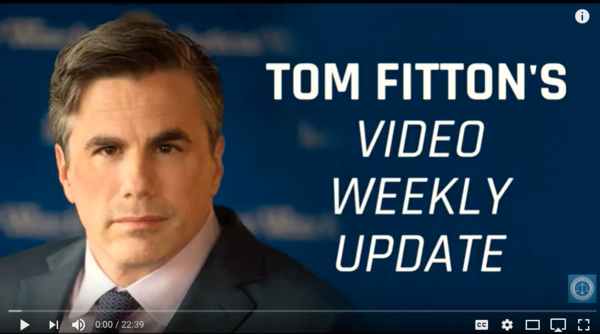 We were the beneficiaries of excellent insight on the Deep State this week in a special Judicial Watch panel presentation.

Joining me were Rep. Jim Jordan (R-OH), who serves on the Committee on the Judiciary and the Committee on Oversight and Government Reform; Vince Coglianese, host of “Mornings on the Mall” at WMAL Radio and editorial director of the Daily Caller; Lt. Col. Tony Shaffer, vice president for strategic coordination and operations for the London Center for Policy Research; and our own attorney Michael Bekesha.

You can watch the whole discussion here.

The Deep State is clearly out of control. Back when we uncovered the Clinton email scandal, Judicial Watch fought tooth and nail with the State Department, the Justice Department and the FBI for documents. Little did we know that, even as they were protecting Hillary Clinton, these agencies were also targeting her political opponent, Donald Trump. And, since then, we’ve uncovered a scandal unparalleled in American history in terms of abuse by government officials, offices, and agencies for political purposes.

The Obama administration used the Justice Department, the FBI, and other agencies to spy on its political opposition; and worked with Hillary Clinton and the Democratic National Committee, to launder suspect intelligence from foreign nationals and use that as a pretext to spy on Donald Trump and his associates.

It’s an incredible story, one that begins with the Obama White House and continues in the Deep State today.

Lt. Col. Tony Shaffer spoke first and brought to our attention the fact that Robert Mueller’s investigation is diverting resources from genuine needs.

Now, what do you call it when an official element of the U.S. government diverts money – appropriated funds for purposes of defending the American people — and turns it against domestic targets? That is the Deep State. That’s what we are talking about here. This is not fiction. It’s not tinfoil hat stuff.

Vince Coglianese provided some historical context that reminded us that the Deep State has not just suddenly appeared.

Richard Nixon was controlled by his own government – the people around him, who were spying on him, and the people who worked for him.
Henry Kissinger constantly had his briefcase rifled through. The attorney general of the United States was spied on by the protective detail that was assigned to him by the FBI director. They were keeping copious notes on conversations between him and his wife and sending them back. That seems pretty bad. That does not seem like the America that any average citizen is going to be voting for, yet that’s what we have in our history.

Rep. Jim Jordan reminded us of something we heard not long ago, and he put it in startling context.

Remember back during the transition Sen. Chuck Schumer on one of the Sunday shows said that when President-elect Trump expressed concerned about the leaks he had to be careful. Remember, Schumer said, the intelligence community has six ways from Sunday at getting back at you.
When I heard that statement, I thought, “You’ve got to be kidding me.” That is not how it works in the United States of America. It’s not unelected people getting back at folks who stood in front of the voters, name on the ballot, and were elected by we the people. So that to me is probably my biggest concern about some of these things we’re seeing from the swamp.

Michael Bekesha made it clear that the Deep State is fighting to cover its tracks.

I encourage you to take the time to watch the full presentation.

Through three months of Covid-19 and now the George Floyd riots Trump emails me 6 times a day asking for money. It’s his only message for a country in crisis.