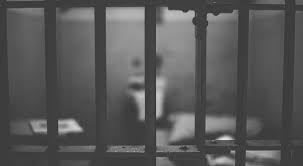 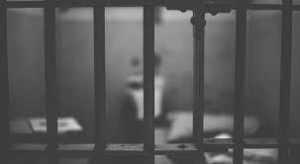 This post is dedicated to Daniela; who escaped from Keith Raniere after being imprisoned for 18 months in in a house owned by Clare Bronfman near Albany, NY.

A reliable source tells Frank Report/Artvoice that Keith Alan Raniere, the now jailed and horribly-famous leader of NXIVM, has been placed in a “special section” of the Metropolitan Detention Center (MDC) in Brooklyn. This special section in the east wing of MDC is normally reserved for mob bosses and prisoners considered extremely violent or dangerous to other prisoners.

Raniere, who is in pretrial detention, having been denied bail and awaiting trial, is doing what is called “23 and 1.” That’s 23-hours locked in a cell, 5 days per week – and one hour where he can use an indoor recreational room – by himself. [For two days per week, he is locked-down 24 hours.]

My source made this distinction for readers”

“The facility has a Special Housing Unit or ‘SHU’. SHU is where feds house prisoners who have had disciplinary problems or are being investigated for post-incarceration infractions. But where Raniere is right now is separate and apart from SHU. MDC maintains a small unit for ‘special inmates’ the prison does not want to mingle with any other inmates. People like Whitey Bulger, [former head of the Winter Hill Gang in Boston] spent time there before he was convicted on 31 felony counts and sentenced to two consecutive life terms.” [Whitey is currently at the U.S. Penitentiary in Sumterville, FL].

At this point, it appears Raniere is in the MDC’s East Tower. The vast majority of inmates at MDC are housed in the newer West Tower. According to several former MDC residents, the East Tower is a hell-hole – especially during summer months when the facility’s inefficient AC system forces inmates to wear double layers of clothing and hats to avoid freezing.

Per federal guidelines, inmates in the “special section” at MDC are locked-down 23 and 1 – and take all  meals inside their cells. They are permitted several phone calls per month, and 5-hours per week of recreation time.

Frank Report was told prisoners housed as Raniere is are limited to two books per week, no television, no radio, no computer, no internet, no visitors other than lawyers, no company, no human contact other than prison guards and limited commissary privileges.

It qualifies as cruel and unusual punishment. Ironically, this is what Raniere himself specialized in meting out to enemies. He has now been deemed a danger to prisoners.  He was to everyone else.

One of Raniere’s mottoes is “He who has the most joy wins”.  Today, he may not be living in an utterly joyous world. And few would say the self proclaimed world’s smartest man is winning at this moment.