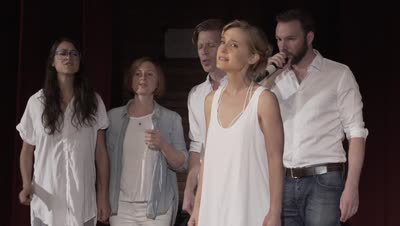 Just in case you did not know, the status conference for Allison Mack and Keith Raniere has been moved from Thursday May 3 @ 10:30 am to Friday May 4 @10:30 am.

This may be the last time the two lovers, Raniere and Mack, will ever be in the same room at the same time, so you may want to attend for that fleeting picture of love gone wrong.

Whether the two will be tried together or separately is hard to know at this juncture. If they are separated, or if Mack takes a plea, they will no longer appear together. if there is a trial for Raniere and Mack takes a plea that plea will likely include her testifying against Raniere and so once again she may be in his presence.

The chances are that nothing of substance will occur this Friday. This is only a status conference. It is remotely possible Mack might enter a plea, but since there is much more for the feds to investigate – much of which concerns her – it might not be feasible, or desirable, for the feds to strike a deal this quickly with the winsome actress turned sex slaver.

The purpose of the hearing on Friday is – as an initial status conference – to schedule deadlines for discovery that the prosecution is obliged to submit to the defense, the time period that the defense has to make motions and for the prosecution to reply to these.

Chances are the prosecution will seek a lengthy time period to present discovery to Raniere and Mack. Maybe as long as six months. To do this, they will need to exclude this time from the speedy trial time and it is possible, with Raniere festering in jail, that his lawyers will oppose it.

The prosecution may argue that the needed extra time is in the interest of justice since this is a complicated case. It was only about a month ago that the FBI raided Nancy Salzman’s home on Oregon Trail and Raniere’s “sex lair” on Hale Ct.. The feds took away hundreds of items including computers, hard drives, and more than $500,000 in cash.

It will take time to assess much of this. The feds may also announce superseding indictments are pending for Mack and Raniere and quite possibly other NXIVM co-conspirators.

Clare Bronfman has lawyered herself up with high-priced former US Attorney Dennis Burke.  She might know her time is coming soon.

Meantime, as he awaits trial,  Raniere – whose followers refer to him as Vanguard – lives in isolation in a special section of the Brooklyn Metropolitan Detention Center, according to sources with knowledge of his status inside the prison.

Mack has, for all practical purposes, broken from the cult by virtue of her acceptance of the terms of her release, especially the one which prohibits contact with any NXIVM members.

Not long ago, Mack to took a vow to be Raniere’s slave  for life. She gave him collateral to insure this. Now she has agreed to accept her freedom in part in return for a promise of not speaking to her master.

Some believe that Raniere will leave prison feet first. While his heyday is likely over, he  had a 57 year run on abusing anyone he could and delighting in it.

Now he appears ready to reap his sown crop of hatred and despair and bleakness. His world is grey now and for many there is sunshine where it had been missing for them for years.

The loss – even if it is temporary – of his freedom has brought people freedom, just as his freedom until recently made many people slaves.

Indeed, I think there is only one real hope of his release. The wealth of the vicious and deadly Bronfman sisters.  I believe they are paying for his team of lawyers.

They are funding the cult and keeping it alive and while doing so keeping women in servitude.

In America, as I personally witnessed, Bronfmans have bought ‘justice’ in the past. And many innocent people suffered. Why shouldn’t they believe it now? and exert all their viciousness on their enemies and followers of Raniere alike.

Meantime, if you are going to attend court, get there early. The court holds about 60 people and many may come from the media for a goodbye look at the ill-fated lovers Allison Mack and Keith Raniere.

It’s not a bad story. Unless of course, you happened to live in their shadows.