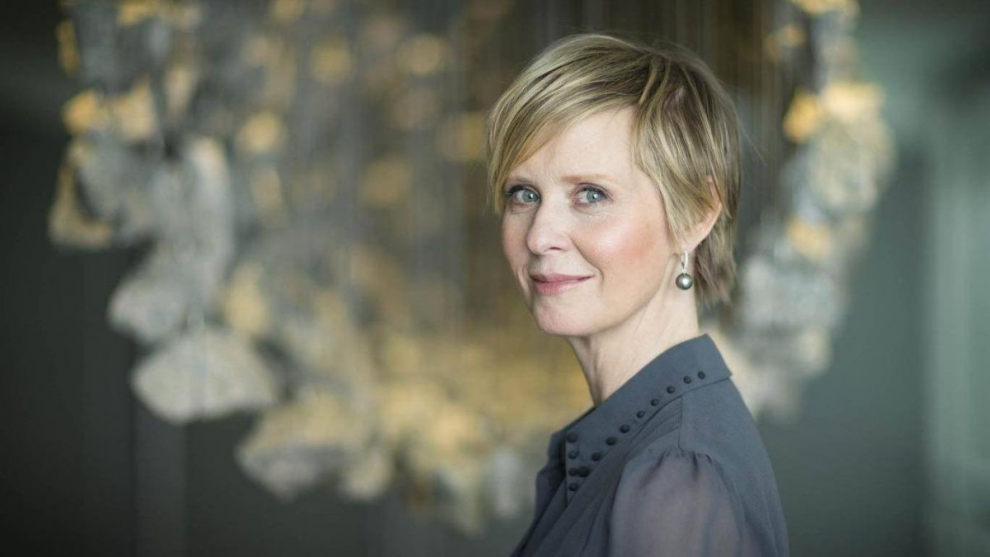 From Cynthia for New York:

“I’m proud to march alongside immigrant and working class New Yorkers on May Day,” said Cynthia. “Private prison giants are relying heavily on receiving a line of credit from the big banks on Wall Street. These banks play a huge part in financing Donald Trump’s divide and conquer agenda that is driving up mass deportation and incarceration and the separation of families.” 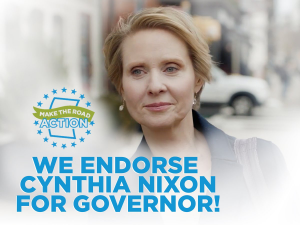 The march was part of the Corporate Backers of Hate campaign, which has exposed JPMorgan Chase, Wells Fargo, and BlackRock’s financing of, and investment in, private prison and immigrant detention companies.

A recent report conducted by the campaign titled “Bankrolling Oppression,” found that the operations of private prison and detention companies are “made possible by investments and debt financing by Wall Street companies like JPMorgan, Wells Fargo, BlackRock, and many other members of the ‘Million Shares Club,’ a group of investors who each own one million shares in GEO Group and CoreCivic.

Cynthia joins the march a week after calling to make New York a true sanctuary state by restoring access to drivers licences for all qualified New Yorkers and passing the Liberty Act, a bill that would prohibit state and local agencies from holding New Yorkers on immigration detainers and passing them along to ICE agents. As part of her criminal justice platform, Cynthia has called for eliminating cash bail and the legalization of recreational marijuana. Cynthia is also rejecting campaign contributions from corporations.

For many New Yorkers, May Day is celebrated to honor immigrants and workers. After endorsing Cynthia Nixon, Make The Road Action and allied community organizations have faced threats of defunding by Governor Cuomo.