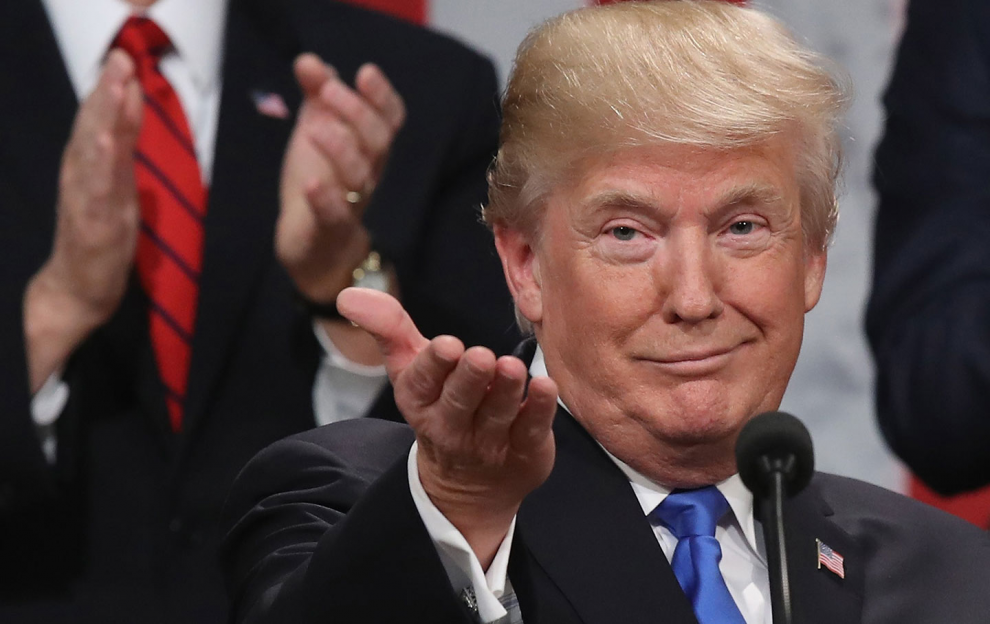 The self-proclaimed “Resistance” has entered a rather unwelcome period for any movement predicated upon popular support. When even Kanye West has declared himself a Deplorable, there is nowhere to go but down for the NeverTrump crowd.

Consider what these past couple weeks have wrought:

The aforementioned Kanye West affair. Kanye—who is no stranger to controversy or political posturing—weighed in with some Twitterpation for President Trump, calling him “My brother” and pointing to the failures of the man who preceded him in the Oval Office:

“Obama was in office for eight years and nothing in Chicago changed.”

Among the Hollywood set, praising Trump is heresy and failing to genuflect before the altar of the sainted Barack Hussein Obama is apostasy, so it is safe to say that Kanye is in the midst of an excommunication by the glitterati, with such luminaries as Snoop Dogg piling on. And yet, Kanye has his disciples, including wife Kim Kardashian, who defended his bromance with the Donald and his right to be a “free thinker…ahead of his time,” and the young upstart Chance the Rapper, who waded into the fray by tweeting “Black people don’t have to be [D]emocrats.”

Once upon a time, such a statement would have had Hillary Clinton flinging lamps while the legions of Democrat powerbrokers in Hollywood punished the culprits. But then again, most Democrat powerbrokers these days are busy defending against sexual harassment suits and worse, so perhaps Kanye and Chance the Rapper both decided that, in the words of the Tom Cruise character in Risky Business, “Sometimes you just gotta say ‘What the f*ck, make your move.’”

And, indeed, it seems like good advice to anyone realizing that “principled opposition” to Trump may have left them on the wrong side of history. It is increasingly a difficult time to be a NeverTrumper. Sure, Hurricane Stormy might blow into town and muss the Donald’s hair, but really, what have his opponents accomplished so far? Even Special Prosecutor Robert Mueller (who looks like he’d be a lot of fun at a party, sternly warning about the dangers of consuming too much Russian vodka) has so far managed to produce nothing of value. Except indicting a bunch of Russians for trolling people on Facebook. Or something.

Two-plus years ago, Trump’s supporters were warned by the establishment wings of both major parties that he would be isolated and ineffective, a pariah among world leaders. Instead, Trump now dominates the world stage. His looming summit with North Korean strongman Kim Jong Un is already a success before it’s even begun, with the portly Mao wannabe vowing to scuttle his country’s nuclear tests, and possibly his entire nuclear program. The change in the mood on the Korean peninsula is so profound that South Korean President Moon Jae-in stated quite bluntly, “President Trump should win the Nobel Peace Prize.”

It gets doubly delicious, though, when Israeli Prime Minister Benjamin Netanyahu trots out evidencethat the Iranians have—despite all the best efforts of Nobel Peace Laureate Barack Hussein Obama (the same man Kanye dared criticize for his domestic failures) and all his pallets full of cash—been advancing a program to build nuclear warheads.

So, when the president’s foils in the White House Correspondents’ Association managed to turn their annual dinner into a bigger bombthan the Iranian mullahs have developed to date, it seems the perfect moment to reflect on where things stand. Donald Trump is, no doubt, an unconventional president, and at times uncouth. And he is certainly blessed by the enemies he has been handed. But if anyone out there believes his presidency is less than consequential, and that the traditional power structure in Washington isn’t imperiled, consider this tweet from Chance the Rapper:

“Next president gon be independent.”

WHY THE DNC LAWSUIT WILL BACKFIRE
Could Cuomo Be Arrested for Obstructing ICE?
Comment