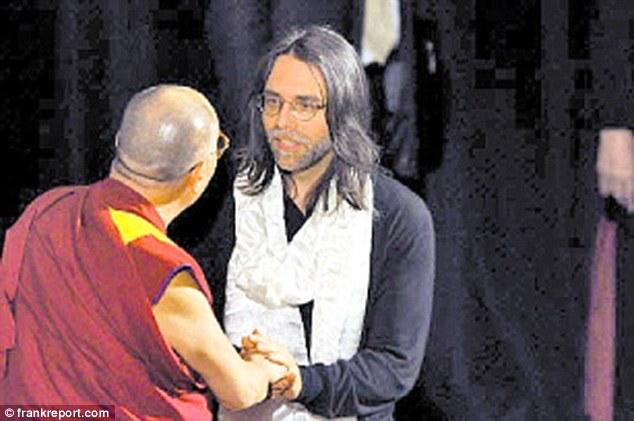 There is far more to this drama of the Nxivm sex-trafficking cult – that is only beginning to percolate to the surface. It has been meted out to the media by the one man who knows the inside story – Frank Parlato, former publicist and ultimately whistleblower on the cult.

He was up against enormous wealth. Cult leader Raniere is funded by Seagram’s heiresses Clare and Sara Bronfman and the son of fabulously wealthy former Mexican president, Carlos Salinas.

Using a combination of investigative tools, writing persistently, conducting interviews and risking his freedom to expose the cult that brands and blackmails gorgeous successful women as slaves, it was Parlato who first published most of the information the FBI finally used to indict Keith Raniere and actress Allison Mack on sex trafficking charges.

Parlato, while he was publicist for NXIVM in 2007-08, discovered that cult leader Raniere embezzled more than $100 million from the Seagram heiresses, sisters Clare and Sara Bronfman, both devoted members of the cult. When Parlato turned whistleblower – the FBI Buffalo would not listen. The cult went after him with a vengeance using the heiresses millions to try to destroy Parlato.

He fought back, fighting both the cult and a seriously compromised and/or incompetent FBI Buffalo. It was right out of an Alfred Hitchcock movie, the Wrong Man. Parlato, claiming he is innocent, while the cult was funding attorneys to feed Buffalo FBI false info.

As the FBI Buffalo pursued Parlato, they let the criminal Raniere and his cult commit more crimes and enslave more women.

In the end, Parlato achieved one of the rarest feats in US juris prudence – despite being indicted by the Buffalo area Department of Justice – who refused to look at his evidence on the cult, he turned it around on his accusers.Parlato, using his local weekly newspaper Artvoice and his blog the Frank Report wrote 100s of stories on the cult, digging up new information all the time. His breakthrough came when actress Catherine Oxenberg called him to tell him her daughter India was branded and was a slave of the cult.

Parlato wrote the story and hundreds more. Four months later, the New York Times wrote a blockbuster story on the topics Parlato uncovered first in his stories. [The Times credited him for breaking the story first]. Then, FBI in NYC took an interest in the cult.

It was a stunning irony.  While Buffalo FBI was essentially covering up for the cult and hounding Parlato, the FBI NYC saw who the real criminals were and the net result was that Raniere, the man who tried to imprison Parlato was exposed by Parlato and Raniere is now in prison himself.

Cult leader Raniere was arrested in his hide out – a $10,000 per week villa in Puerto Vallarta Mexico, surrounded by his slaves, and was extradited. He now sits in federal prison in Brooklyn awaiting trial on sex trafficking and forced labor having been denied bail because of the danger he poses to society.

There is far more to the story and more indictments are coming.