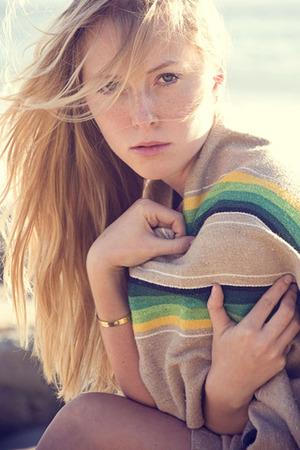 NXIVM blackmails, threatens, sexually abuses and brands women with leaders Keith Raniere’s and Allison Mack’s initials.  India has such a brand on her pubic region.

Despite India’s $200,000 tuition to NXIVM to learn how to be an ‘executive success’ – –  a sum greater than what she would have paid Harvard – India works at the East Village vegetarian restaurant PlantMade, where she is hospitality manager. She likely makes as much as $20 per hour, which in Manhattan, is above minimum wage.

Living in expensive New York City, and being broke, [and homeless] it is hard to figure where she got the money to pay for her new, high-priced California lawyer and PR spokesperson, Carla DiMare.

Her attorney Carla DiMare made this statement on India’s behalf with Radar Online: “India Oxenberg would like to share her story in the near future. She is deeply saddened
by the untrue allegations that have made about her in the media.”

So who is paying for Carla?

India likely did not get the money to pay Carla from her sex-slave master, Allison Mack, for Mack is restricted to home detention, released on $5 million bail and forbidden to contact anyone connected to NXIVM.

Most likely her grand master, Keith Raniere, did not pay for her PR lawyer since he is in jail and can’t talk to anyone other than his own lawyers and prison guards.

India did not get the money to pay for DeMare from her mother or grandmother, for they are opposed to her being in a sex-slaver cult and would prefer she come home.

Mother, Catherine Oxenberg, 56, of California, has been an outspoken critic of Nxivm and her daughter’s role in the sex cult for more than a year – ever since she found out India was branded on her pubic region with her slave masters’ initials.

India’s grandmother, Princess Elizabeth of Yugoslavia, while maintaining contact with India, is reportedly mortified by the abusive practices of the cult.  She did not pay for India’s new lawyer.

By all accounts, her two fathers –  both of whom I have spoken to –  biological father, William Saffer, 71, and stepfather, has-been actor, and embarrassingly narcissistic lover-  Casper Van Dien 49, [check out his smooching pics on Instagram], are not likely to have paid either.  Both dads are big on verbal support for India, but mainly it seems in the form of encouragement for India to defy her mother and grandmother, cause “you gotta be you!”

To sort of paraphrase them both, and of course this is only my take, the two fathers’ message to India has been:

“Isn’t it horrible what your mother has done, my pretty, telling the world you were branded on your pubic region? What your mother did is worse than you being in a cult. She exposed the cult and put them in jail and that made everyone think you’re brainwashed. We support you darling. Your daddies believe in you. We’re there for you – with extra large heaps of vituperation toward your mother, and loads of love for you at this terrible time. Remember you can always count on your daddies. Hope you don’t go to jail, baby. But if you do, remember it’s your mother’s fault. Oh, your criminal lawyer need money? Right now, we are a little unable to provide you with any money. Ask your mother. It was your mother that did this to you! Thank God you’re not with her, but with this NXIVM group that is doing you so much good.  Ah no, we can’t offer any money to pay for your criminal lawyer at this present moment. Isn’t that terrible what your mother did, and now you might be arrested? Well got to go, baby, XOXOXOXOXOXO & XO!”

Who then is paying for India’s expensive lawyer/press spokesperson Carla DeMare?

Clare Bronfman, the Seagram’s heiress, who is now running NXIVM and is in NYC, is the only person I’ve ever heard who overuses the word “remarkable”.

I believe this may be a clue that Clare set India up with Carla.

India’s criminal lawyer is Tom Engel. Evidently India does not have the money to pay for him and India may be arrested soon. But someone is paying for a media lawyer [Carla is not a criminal lawyer.]

DeMare has told people privately that I am the cause of NXIVM being in legal trouble. That I fabricated the entire thing. It was my vendetta against Keith and sex trafficking charges are untrue. Keith is innocent. The FBI are my stooges, the mainstream media my useful idiots.  And India is a remarkable young woman.