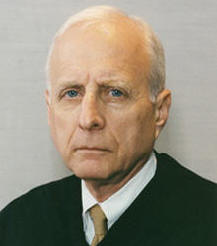 Today, Judge T.S. Ellis III gave a smackdown to Special Counsel Robert Mueller’s prosecution team in its case against former Trump campaign manager, Paul Manafort, who was indicted in connection with the Special Counsel’s probe for conspiracy against the United States, conspiracy to launder money, failure to file reports of foreign bank and financial accounts, being an unregistered agent of foreign principal, false and misleading FARA statements, and false statements.

During a hearing today, Judge Ellis suggested that Mueller’s team lied about the scope of the investigation, and seek “unfettered power” as part of a play to unseat the President.

Manafort’s attorneys, in their motion to dismiss the criminal case, argue that the Special Counsel does not have the authority to indict Manafort, while Mueller’s team argued that Rosenstein gave them broad authority to investigate. Mueller’s team revealed that it was using evidence and information from an earlier probe that Judge Ellis said did not “arise” from the current probe, and not within the current probe’s scope. Judge Ellis said of the prosecution team “We don’t want anyone with unfettered power.”

In demanding production of the scope memo, Mueller’s team tried to argue against its production, saying its authority is laid out within it, but the team’s authority is secret due to ongoing investigations, and concern matters of national security. Judge Ellis summed up the argument of the Special Counsel’s Office as, “We said this was what [the] investigation was about, but we are not bound by it and we were lying.” To this, Judge Ellis said: “C’mon man!,”  a common saying among NFL announcers.

This is an Article III judge doing exactly what he is supposed to do: defying political pressure. Article III, section 1 provides

The judicial power of the United States, shall be vested in one Supreme Court, and in such inferior courts as the Congress may from time to time ordain and establish. The judges, both of the supreme and inferior courts, shall hold their offices during good behaviour, and shall, at stated times, receive for their services, a compensation, which shall not be diminished during their continuance in office.

Article III judges receive life tenure and salary protection. These protections insulate them from political pressure and termination from political, partisan superiors, who might terminate them from the bench for making politically unpopular decisions, or for any reason at all.

The question now, is, with Judge Ellis taking this bold stand, and calling Mueller to task, what will Mueller’s team do? Will this power-hungry team seek to intimidate the judge? Will he be secretly probed, and all of it funded by you and I, with the purpose of causing him to back down from the mighty Mueller? Hopefully not.

To be sure, if Democrats had sufficient control of Congress, they would impeach Judge Ellis (do not be surprised if a few hardcore, leftist House members suggest it in the coming days).

But this is what checks and balances are about, and the role an Article III Federal Judge must fulfill. Citizens of the United States are entitled to Due Process in our federal judicial system, and especially with federal felonies charged, the defense is entitled to procedural due process. The real question here is in fact preliminary and procedural: from the outset, did Mueller have the authority to piggyback information from a pre-existing probe, having apparently nothing to do with “Russian interference” with the 2016 election, and concerning Manafort’s activities dating back to 2005? If so, what then, is the limitation of the Mueller probe? Where does it end? How far must he reach to find a crime to connect it to Trump?

As Judge Andrew Napolitano has aptly discussed, “‘collusion’ is a media and a political word; it does not describe anything in the law. What Mueller is looking for is a conspiracy, which is the easiest crime for prosecutors to prove because the crime need not have been successful. The late Justice Robert Jackson, himself a former U.S. attorney general, famously called conspiracy prosecutors’ favorite crime.” The essence of the crime of conspiracy is the unlawful agreement with at least one other person to commit some crime. It is sometimes a giveaway that a prosecution team is coming up hands empty when conspiracy is the only thing it has.

After more than a year, Mueller has found nothing on Trump, although it increasingly appears that Trump is his real target. It is to be hoped that more federal judges will stand up as Judge Ellis did today, in calling federal prosecutors to task when they are “overzealous,” a polite word for abusive and tyrannical. In doing so, they are ensuring real checks and balances between the Executive (or, in this case, the Fourth Branch of government, i.e. the deep state) and the Federal Judiciary, which is the only practical branch that can practically check prosecutors. Sadly, few do so often enough, but rather, the courts snooze through and afford prosecutors, and federal grand juries, deference and a presumption of regularity, respectively, that at this point, has become something of a cruel joke in criminal defense circles.

Regardless of the outcome of these pretrial proceedings involving Manafort, Judge Ellis certainly did his job today as an Article III judge, no matter how much Democrats, who have placed all their eggs in the Mueller basket, may wail.