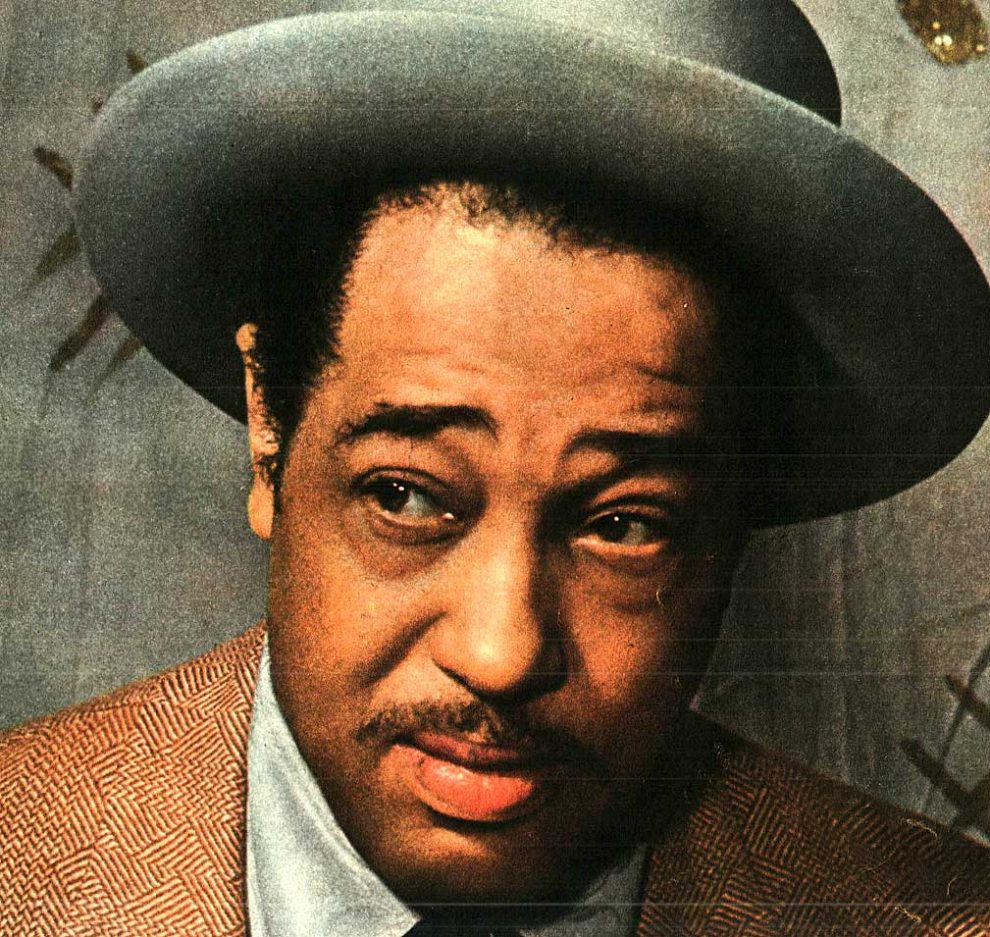 While Duke Ellington is universally acknowledged as one of the absolute masters of jazz, the one form of music that is recognized worldwide as uniquely American, it is generally much less known that he also made a significant contribution to the time-honored world of scared music as maestro Daniel Bassin explains: “This weekend’s performances are the final program of my first season with the Buffalo Master Chorale”, says BMC chorus master Daniel Bassin, “and represent a major collaborative effort among three unique choral groups and a local cultural treasure, and they are also a celebration of, and for our community. Our presentation of Duke Ellington’s Sacred Concert pulls together selections from each of the three different sacred concerts which Ellington recorded and represents about eight years of his mature creative work. Our performances will use a wonderful modern version, the Høybye/Pedersen arrangement, which elevates the role of the choir to an equal partnership with the big band”.

“Ellington toured the different sacred concert programs with his orchestra and various vocal soloists, but the availability and quality of the choirs he’d partner with varied, likely preventing him from realizing the work in the large-scale choral/instrumental form we’ll present” says Bassin. “Our combined forces for this program are auspicious: Mrs. Ella Robinson’s New Beginning Choral Ensemble, my Unitarian Universalist Church of Buffalo Choir and the Buffalo Master Chorale, which is the adult ensemble of the Buffalo Niagara Choirs, and the brilliant local rising star vocalist, Alex McArthur, soprano, all partnered with the Centennial Big Band of the historic Colored Musicians Club”.

“Throughout the process of envisioning, planning, fundraising, and preparing this masterwork, two quotes of Ellington’s have stuck in my mind: “This is my greatest opportunity to say something” (Terry Teachout, Duke, 2013) and “This is the most important thing I’ve done.” (Ellington, Music is My Mistress 1976). When confronting masterpieces, and when bringing sometimes unfamiliar great works to students, volunteers, and professionals, I usually prefer to let the music speak for itself, and typically share only a few historical tidbits to help humanize the context of the artistic creation and reception of a work in question. With this piece, I couldn’t help but speak to the work’s possible meanings: “Come Sunday” Duke’s ballad-prayer for Mahalia Jackson on Black, Brown and Beige, represents the germ for this project, and our version features an astonishing arrangement of this work for a cappella choir and soprano soloist.”

“Ellington’s personal life was marked by dual tragedy as he began pouring himself into this work, as his mother and Billy Strayhorn, his longtime friend and creative partner, both fell ill with what would be terminal illnesses” says Bassin. “The period leading up to Ellington’s accepting the commission to write the first Concert of Sacred Music was marked by creative frustrations, including a Broadway failure, and the racially-motivated refusal to award a Pulitzer Prize for Music in 1965, after Ellington was shortlisted. And, finally, the Ellington Orchestra itself was rocked by players leaving, retiring, and passing on. Personal faith had always factored into Duke Ellington’s personal life, but in the Sacred Concert he achieved his most successful synthesis of forms and expression. I have been so fortunate for the musical opportunities I’ve had to share important music with this community since I relocated to Buffalo in 2010, but in so many ways, I feel that this project can be the most important opportunity yet.”

“In addition to this compelling arrangement of one of Duke Ellington’s most personal and compelling large-scale works,” says Bassin, “we are also deeply fortunate to have the opportunity to celebrate the legacy of Buffalo’s historic Colored Musicians Club, as well as the music, passion, energy, and faith of a musical legend among us, Mrs. Ella Robinson. Music Director of St. Martin de Porres Roman Catholic Church and Director of the New Beginning Choral Ensemble. Mrs. Robinson is a consummate choral director and composer, and I am thrilled to have the opportunity for audiences to hear her living work along with that of Ellington. Finally, this concert will be my first time to work with the young vocalist, Alex McArthur, whose work I first became familiar with while I was directing the orchestra at UB. Alex recently won the JazzBuffalo reader’s poll as best up-and-coming jazz musician, but besides using this opportunity to showcase a young local talent, Alex’s background and training in both classical voice and work in musicals makes her the ideal soloist for this special collaboration concert. I am fundamentally humbled for the opportunity to work with this all-star cast of brilliant local musicians, and to be able to share a work of such communicative power and personal wisdom – we look forward to sharing this work with our wider community”!

Another reason, if you might need one, to attend one of these rare events, is to become familiar with the vocal artistry of Alex McArthur. Alex will be entering her final year as an undergraduate during the fall semester at the University at Buffalo, where she is studying for a double major: a BFA in Music Theatre and a BA in Vocal Performance. Alex exploded onto the local jazz scene about two years ago at the Pausa Art House. Since that exciting debut, Alex has performed professionally, both frequently and widely on many stages throughout Western New York, while being a part of almost every musical at UB, in a schedule that is tiring for other, mere mortals to read about, let alone even begin to emulate. “I’m so excited to be a part of this event”, says Alex McArthur. “Ellington’s Sacred Work isn’t performed often enough in my opinion, and with that being said I can tell already that audiences will be blown away with how this music was composed and arranged, since instruments and voices come together, creating a blend of classical and jazz stylings into a single, beautiful piece of work.”

Bad day for Cult: Raniere tries to make eye contact with Allison Mack; trial date set for Oct. 1
Defense: Raniere is innocent; women can brand themselves like men do