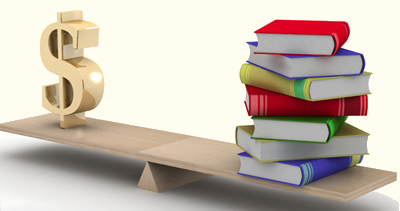 Nearly half of the 669 school districts seeking voter approval for budgets on Tuesday, May 15 are presenting spending plans that would increase property taxes as high as the 2011 property tax cap law allows, according to an analysis released today by the Empire Center for Public Policy.

The 309 school districts proposing budgets at the cap’s limit indicate that property taxes would have increased significantly more had the cap not deterred them. The Center’s analysis, School Budget Spotlight, uses newly released data from the annual Property Tax Report Card compiled by the state Department of Education, and uniquely presents school budgets on a per-pupil basis.

The districts, which do not include the Big 5 city school districts (NYC, Buffalo, Rochester, Syracuse and Yonkers), together expect to increase school property taxes by $516 million, or 2.4 percent, even while forecasting total enrollment to dip by 6,145 students, or 0.4 percent.

More than half the districts (347) expect to educate fewer students in 2018-19 than the current school year, with 19 districts forecasting an enrollment drop of more than 5 percent. Excluding the Big 5, every region of the state except the Mohawk Valley and North Country is projecting fewer students next year, with the largest year-over-year drop on Long Island (0.9 percent).

“New York’s school districts are receiving record-high levels of aid from Albany to educate fewer students, and our school taxes are still climbing,” said Tim Hoefer, executive director of the Empire Center. “Albany’s fixation on steering more state funds to schools isn’t translating into property tax relief. The tax cap has succeeded in slowing the growth of taxes, but there’s more to be done to set New York on the right track.”

The Empire Center, based in Albany, is an independent, nonpartisan, not-for-profit think tank dedicated to promoting policies to make New York a better place to live, work and raise a family.