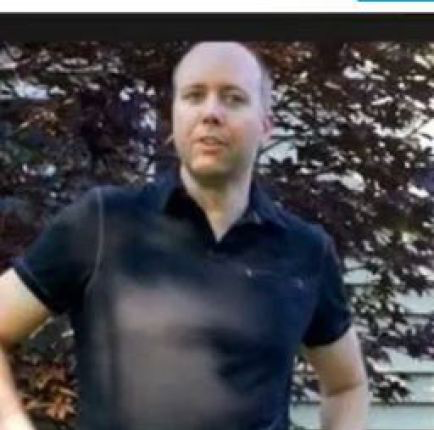 Here is my report on the topic, which provides readers with some additional details and a few speculative insights into what this is all about. I also provide herein some pointers for investigators to consider looking into. They have not been reported before and I believe these are not rabbit holes.

Dr. Brandon Porter, 44, has been charged by the New York State Office of Professional Medical Conduct (OMPC) with illegally conducting human experiments and numerous other misdeeds as a physician. These are not criminal charges, but licensing charges. A hearing is scheduled for June 27. If the charges are proven, Dr. Porter could have his medical license revoked or suspended. In addition, there may be a criminal referral to the New York State Attorney General.

As first reported in Frank Report, Dr. Porter showed human females, who were connected to an EEG machine, videos [snuff videos] of murders and dismemberment of women by machetes;  an African American being stomped by a Nazi; a man being forced to eat a portion of his own brain; gang rape and other items sure to startle and revolt to NXIVM women.

Dr. Porter conducted his experiments for the Ethical Science Foundation, founded by Clare Bronfman who paid for the experiments.

These charges or the underlying acts that led to them should not surprise readers of Frank Report who learned about the curious activities of Dr. Porter months ago.

The state also admonished Dr. Porter for not reporting to health officials that more than 100 people, including children, at the 2016 Vanguard Week in Silver Bay, New York, became ill with an infectious illness that produced flu-like symptoms, vomiting and diarrhea.

I, and others, suspect Keith Raniere, with possibly Dr. Porter’s help, introduced something into the food as an experiment since, curiously, the High Rank of NXIVM did not get ill; neither did several slaves Raniere wanted to mentor personally in the lush Adirondack playground on the banks of Lake George.

Raniere ordered all sick individuals to remain in their rooms and not to peep out. Raniere’s orders are followed by his cult members with absolute obedience or else.

This confining most of the attendees to their quarters left Raniere free to roam the premises unfettered and for Dr. Porter to examine the sick cult members reactions during their illness, how they reacted and their aftermath. Raniere ordered everyone in attendance to tell no one about the epidemic or else.

The state action comes eight months after the state Health Department refused to act on a complaint from former NXIVM member Jen Kobelt who alleged Dr. Porter subjected her to watch the rape and dismemberment videos.

Kobelt may have been lucky that she had such a bad reaction. It is believed Dr. Porter was using the human fright experiments to weed out women who would not make good slaves for Raniere.

Kobelt became upset and frightened by the images. Perhaps not coincidentally, Kobelt, despite being slender and very attractive – an ideal candidate for Raniere- was never asked to join the DOS slave subgroup of NXIVM.

In her August 2017 complaint Kobelt said Dr. Porter may have performed his “fright study” on as many as 100 people. I believe the human fright experiment was used as a recruiting tool for potential slaves. Raniere was looking for women that would be willing to do more extreme activities – such as being branded on their pubic region with his initials after giving him blackmail worthy material.

In a Sept. 6, 2017, letter, the state told Kobelt it would not investigate Dr. Porter, adding that “the issues you have described are not medical misconduct.”

However, after the New York Times came out with two blockbuster stories in mid October, exposing the cult and its bizarre practices, the state changed its mind and began to look into Dr. Porter.

They had an “aha moment.

Following the Times stories, Dr. Porter was asked to resign his position at St. Peter’s Hospital in the Albany area effective immediately.

Dr. Porter is married to Jane Jeffries, another deep Kool-aid drinking cult member. It was reported that Dr. Porter fled the Albany area with the couple’s children. This is not true. Dr. Porter is in hiding at his boss’s home. Clare Bronfman, the interim leader of NXIVM, made her home at 91 Button in Waterford New York available for Dr. Porter to hide out in.

The cruel temporary leader of NXIVM, Bronfman, has relocated to New York to work on NXIVM leader Keith Raniere case. She is reportedly conferring with attorneys to create a bail package for Raniere.

Although it has not been touched on yet, besides the adult women being subjected to human fright experiments, someone should move to protect Dr. Porter’s children. They also have been subjected to cruel human experiments in Raniere’s [and Dr. Porter’s] controversial Rainbow Cultural Garden.

For a time, the Porters had their own children in Rainbow – and were being experimented on by Raniere, and his slave and harem member, Camilia Fernandez. Meantime as the children were downstairs being experimented on with an untested language experiment, the slave woman Camilia’s older sister was imprisoned upstairs for refusing to join Raniere’s harem.

Daniela Fernandez was imprisoned for 18 months in a room for not joining Raniere’s sex cult.

These are not normal people.  But then again, as Raniere’s attorney, Marc Agnifilo says, “what’s normal?”