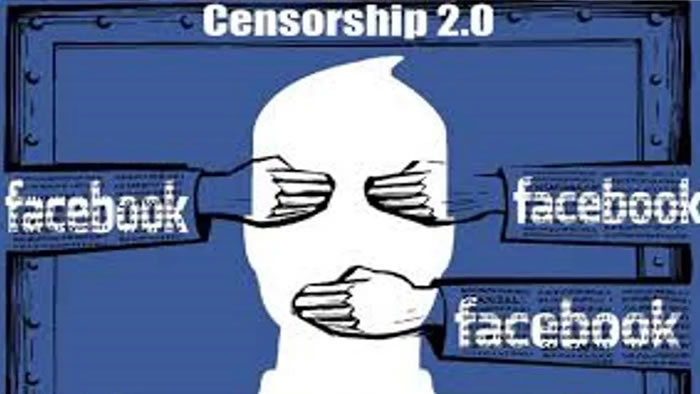 Top conservative websites have seen a stunning drop in their Facebook traffic.
This was no accident. This was the plan.

In January 2017, Facebook began making algorithm changes to make sure conservative news was no longer so influential. The Gateway Pundit Facebook traffic has consistently decreased with each algorithm change.

A March 2018 study by The Outline organization found conservative publishers were hit the hardest by Facebook algorithm changes. The study also showed that The Gateway Pundit was hit the hardest.

Facebook official Campbell Brown, a former anchor on NBC and CNN, told attendees at a recent technology and publishing conference that Facebook would be censoring news publishers based on its own internal biases. And they did.

The announcement was made to a group of liberal publishers and the anti-Trump Wall Street Journal.

Facebook CEO Mark Zuckerberg said Tuesday that the company has already begun to implement a system that ranks news organizations based on trustworthiness, and promotes or suppresses its content based on that metric.

Zuckerberg said the company has gathered data on how consumers perceive news brands by asking them to identify whether they have heard of various publications and if they trust them.

“We put [that data] into the system, and it is acting as a boost or a suppression, and we’re going to dial up the intensity of that over time,” he said. “We feel like we have a responsibility to further
down polarization and find common ground.”

Zuckerberg met with a groups of news media executives at the Rosewood Sand Hill hotel in Menlo Park after delivering his keynote speech at Facebook’s annual F8 developer conference Tuesday.

The meeting at the Rosewood Sand Hill hotel in Menlo Park included representatives from BuzzFeed News, the Information, Quartz, the New York Times, CNN, the Wall Street Journal, NBC, Recode, Univision, Barron’s, the Daily Beast, the Economist, HuffPost, Insider, the Atlantic and others.

The event, called “OTR” (shorthand for “off the record”), is an annual gathering meant for new media news executives to talk shop. It is in its second year. Zuckerberg’s remarks were initially meant to be, like the name of the conference, off the record, but he agreed to answer questions on the record.

Zuckerberg said the company will invest “billions” of dollars in a combination of artificial intelligence and tens of thousands of human moderators to keep both fake news and deliberate propaganda at bay, especially in elections.

There should be no doubt left.
Facebook is determined to shut out conservative pro-Trump voices.

Where the hell is the GOP?