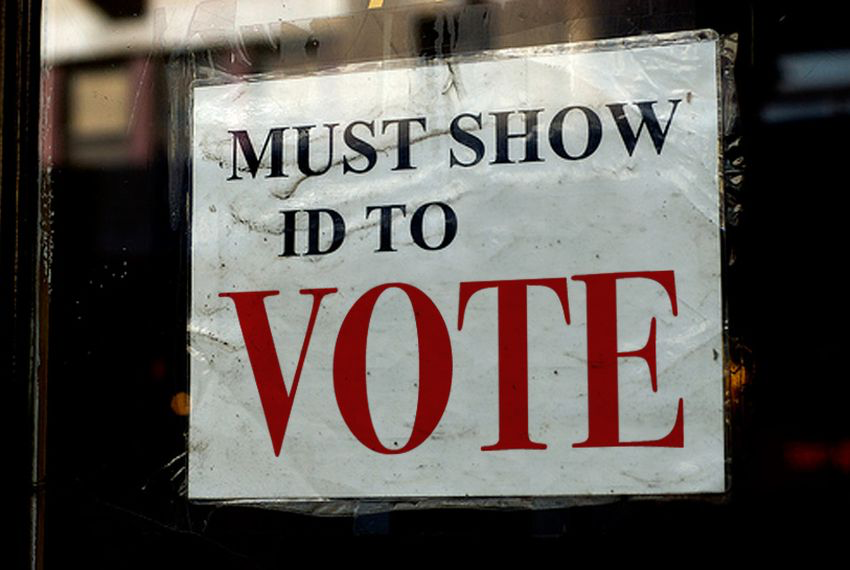 Banners, rallies and debates are just the tip of the election iceberg. Because without the rule of law that protects elections from fraud, elections could be meaningless shams.

For example, we have now joined with the Allied Educational Foundation (AEF) in filing an amici curiae brief in the United States Court of Appeals for the Eleventh Circuit urging it to sustain a district court decision rejecting a lawsuit challenging Alabama’s voter ID law. (Greater Birmingham Ministries, et al. v. Secretary of State for the State of Alabama (No. 18-10151)).

We argue that, contrary to the plaintiffs’ claims in the trial court, there is no evidence that the enforcement of Alabama’s photo ID law has caused any harm to minority voters. The U.S. District Court of the North District upheld the voter ID law earlier this year. The NAACP Legal Defense and Educational Fund and the other plaintiffs then filed their appeal.

In its brief, Judicial Watch argues that an earlier Fifth Circuit Court ruling (Veasey v Abbott) upon which the NAACP based its case was “fatally flawed, unworkable, and contrary to precedent.” In that ruling, the Fifth Circuit broke with standing law requiring that a challenged voting practice or procedure must be shown to actually cause a disproportionate racial impact in order to violate the federal Voting Rights Act.

Our brief argues that several other court decisions “rightly require that a challenged voting practice or procedure cause a particular, discriminatory result” that causes the loss of equal opportunity to vote.

Opinions in this Circuit and in five others rightly require that a challenged voting practice or procedure cause a particular, discriminatory result, which is significant enough to constitute a loss of an equal opportunity to participate in the political process. This standard … properly restricts its use to actual instances of voting-relating discrimination.  By contrast, the Fifth Circuit merely requires proof that a challenged procedure disproportionately impacts members of a protected class and that this impact is “linked to” or “interacts” with a history of discrimination against that class.

The brief further argues that all election laws could be overturned if the courts adopt the new legal standard urged by the progressive groups challenging the Alabama voter ID law:

Every single voting procedure has a differential effect by race, for every race we choose to consider. This is true of even the most mundane rules concerning clerks’ office hours, the contents of mailings, written materials at the polls, the structure of ballots, translations, kinds of physical accommodations, registration and voting deadlines of every description, and allowable conduct in or near a polling place … If every existing law, and every proposed amendment to existing law, were subject to legal challenge … whenever a social scientist was willing to say that its impact differed by race and “interacted” with our history, the orderly administration of elections would become impossible. Congress never intended this outcome, and the problem of combatting true instances of racial discrimination in voting is hindered, not helped, by such a chaotic state of affairs.

The Left is playing the “Race Card” to try to shut down voter ID laws across the nation. There is no evidence that the enforcement of Alabama’s photo ID law has resulted in minority voters being denied an equal opportunity to vote. Voter ID laws secure the votes of all Americans, no matter their race.

We have taken the lead nationwide in defending State Voter ID laws and other commonsense election integrity measures, including filing amici briefs in the Supreme Court and in several Circuit Courts of Appeal and Trial Courts. In December 2012, we filed a Supreme Court amicus curiae brief in support of Arizona’s proof of citizenship voter registration law.

In January 2014, we supported Arizona’s and Kansas’ follow-up to that litigation in their efforts to gain approval from the Obama administration’s Election Assistance Commission (EAC) to change the “federal” voter registration form to include a proof-of-citizenship requirement. JW and AEF then supported the states’ challenge to the EAC with an amicus brief  before the Tenth Circuit in July, 2014. Judicial Watch and AEF have filed a number of amici briefs supporting North Carolina’s implementation of its election integrity reform law, most recently filing in the Supreme Court in March 2017.

The Allied Educational Foundation is a charitable and educational foundation dedicated to improving the quality of life through education. In furtherance of that goal, the Foundation has engaged in a number of projects, which include, but are not limited to, educational and health conferences domestically and abroad. We have partnered frequently with AEF to fight government and judicial corruption and to promote a return to ethics and morality in the nation’s public life.