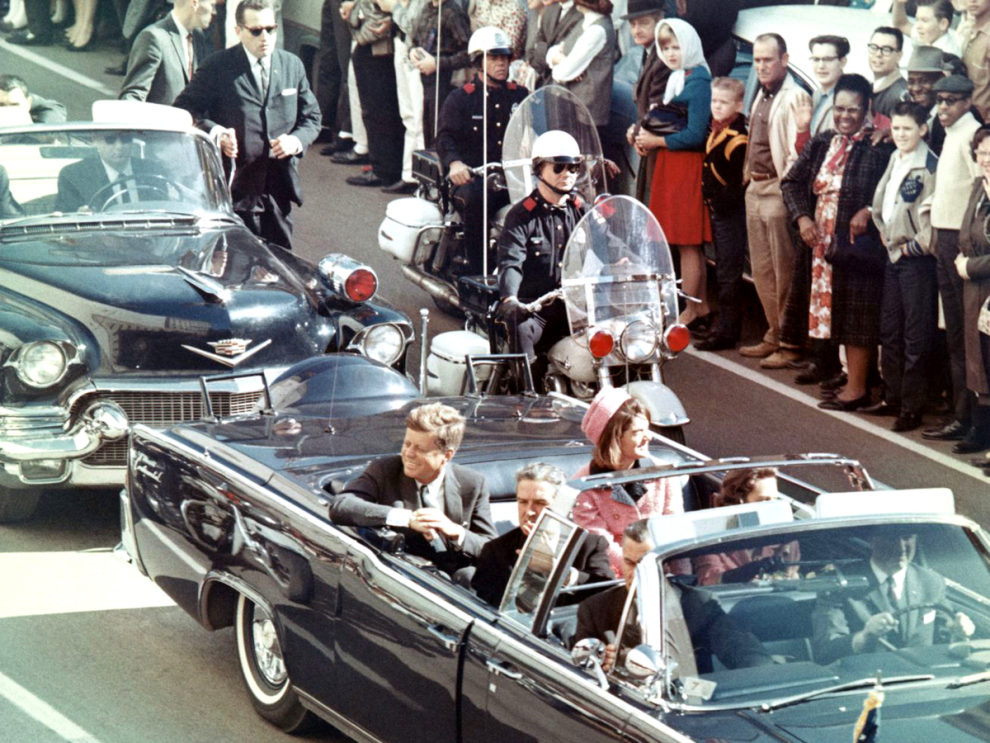 Sometimes all it takes to carry out a false flag operation is for the authorities tasked with defense to orchestrate a way to let down their guard without being exposed for homicidal negligence.
Take for example the way John F. Kennedy was killed. Everything about the president’s motorcade that afternoon in Dallas was wrong. For starters, the windows in the president’s limo were down, a decision that goes against all common sense given where the president was, the threats that existed against him, and the official secret service protocol that is always followed to a tee.

There were also open windows in the office buildings along the route. A basic rule in Secret Service protection is no open windows. But at least one open window existed that day because shots were allegedly fired from the 6th floor of the Texas School Book Depository. Videos and photographs from onlookers reveal several other opened windows, including the Dal Tex Building. Would there not be Secret Service or military snipers ready to take out anyone who breached that standard operating procedure?

Inexplicably, there were no Secret Service agents walking, running, or driving beside the president’s side of the limo.  How could Kennedy have been left so vulnerable? Why were the servicemen riding behind him and in front of him when the only place they should have been is in the direct line of fire? Their only job was to protect him and they failed astonishingly.

To make matters worse, Dallas officials publicized the route before the president’s arrival. Kennedy’s upcoming trip to Dallas was first announced to the public in September 1963. The exact motorcade route was finalized on November 18 and announced to the public two days before the parade. On the day of the parade, the limo was directed to take a wide left turn on Elm Street, slowed to less than 15 mph  (it should have been going at least 45 mph), and ultimately came to a complete stop near the infamous Grassy Knoll. This sequence of events created a perfect triangular kill zone that made the president a sitting duck for the assassins. (For more details read Jim Marrs’ book, Crossfire.)

What is also painfully conspicuous is that no assailant was caught at the scene of the crime. Oswald reportedly had enough time to race down four flights of stairs and grab a Coke before encountering a Dallas police officer in the lunchroom. Oddly, a suspicious officer briefly questioned him and then let him go out the front of the building without further interrogation. Why was anyone allowed to leave that building? According to the Warren Commission, after Oswald left the Texas School Book Depository he walked seven blocks before getting on a bus. When the bus got stuck in traffic, Oswald walked to a nearby bus station, hailed a taxi, took it several blocks past his rooming house, and then hiked back to the rooming house. He arrived at his rooming house around 1:00 pm, a full 30 minutes after Kennedy was shot. According to his housekeeper, Oswald left within 5 minutes and went outside by the bus stop. At 1:15 pm, Oswald purportedly shot and killed officer J.D. Tippit. As the story goes, after killing Tippit, Oswald was seen traveling on foot toward the Texas Theater. About 1:35 pm, a manager of a Hardy’s Shoe Store noticed him and called the authorities. He was arrested soon thereafter by some of the most intuitive police officers in the history of law enforcement.

Where was the Secret Service in all of this? They had basically melted away as a defense shield for the president and had all but vanished as a pursuer of his killers after his death. It is not merely gossip to point out that the night before the assassination, they apparently got blitzed till 4:00 am in a nightclub. Eyewitnesses claim that several of them were drinking Everclear, which is basically pure alcohol. The Secret Service later testified that this outing did not compromise their performance. Sure. But there is a reason why drinking during a presidential detail is against the law. Their lethargy-if not complicity in the crime- was never more evident than when the First Lady nearly exited the vehicle after the shots were fired. Jackie Kennedy scrambled to the back of the limo to grab a piece of her husband’s skull and almost fell out of the moving car entirely. If the Secret Service were doing their job, she would have been pinned to the floor of the limo and protected from gunfire immediately.

And where was the surveillance intelligence leading up to the parade?

Oswald was supposedly recognized as a potential assailant by multiple agencies both inside and outside of Dallas. In fact, it has been discovered that actual warnings were sent to the FBI by Oswald (or an Oswald imposter) stating that he wanted to kill Kennedy. How could a blatant Communist sympathizer such as Lee Harvey Oswald, if he were the lone assassin, be able to get within 1,000 feet of the man he had proclaimed was his target just weeks before? What did the FBI and CIA really know about this man before November 22? It is a lie that they knew nothing about him. All of these newly released files from last October and this past April-in addition to dozens of declassified government documents from the past 55 years-prove that Oswald was at least associated with our national intelligence apparatus. What was the nature of this association? Again, if they knew he was a threat, how could they let him show up for work that day? It is way too improbable. There was a reason Oswald, or least the Oswald they arranged to have framed, was in that building at that exact time Kennedy was shot.
In High Treason, authors Robert Groden and Harrison E. Livingston include a quote by JFK assassination researcher, Col. Fletcher Prouty. I want to share it here as a punctuation point. “This is the greatest single clue to the assassination. Who had the power to call off or drastically reduce the usual security precautions that always are in effect whenever a President travels?…the power source that arranged that murder was on the inside…They have the means to reduce normal security and permit the choice of a hazardous route. It also had had the continuing power to cover up that crime.”

Turning now to September 11, 2001, it appears that the same playbook was used as was employed during the JFK murder. In both cases the conspirators merely let down our nation’s guard in order to allow an attack to occur under their watch.

Where was the air force? Is it not the best in the world? Where were our top gun pilots? Where were our state of the art fighter jets and super advanced radar systems? How could we allow our airspace to be invaded on such a catastrophic level? For Christ’s sake, the Pentagon was hit at 9:37 am, 51 minutes after the first tower was struck. This structure is one of the most well defended fortresses in the history of nations. How could it be penetrated the way it was? The world was told that the shield of protection around it simply faltered. The world was told that our military was stunned and rendered incapacitated. Bull shit. Why were there no scrambled aircraft to intercept that 747? Dazed and confused war games is not a legitimate answer.

Furthermore, how could there be no video footage of the hijacked airliner crashing into the Pentagon? Is not the modern Pentagon complex one of the most photographed areas anywhere? There must have been thousands of cameras pinpointed on that building. But to this day, there has never been an unambiguous tape of a plane hitting the Pentagon- not a single frame. We do know that at least 80 cameras in and around the site were confiscated by the FBI, never to be seen again.

Before he died, author Gore Vidal, a courageous 9/11 skeptic, wrote, “astonished military experts cannot fathom why the government’s “automatic standard order of procedure in the event of a hijacking” was not followed.”  These procedures, said Vidal, “determine that fighter planes should automatically be sent aloft as soon as a plane has deviated from its flight plan. Presidential authority is not required until a plane is to be shot down. But, on September 11, no decision to start launching planes was taken until 9.40 am, eighty minutes after air controllers first knew that Flight 11 had been hijacked and fifty minutes after the first plane had struck the North Tower…By law, the fighters should have been up at around 8.15 am. If they had, all the hijacked planes might have been diverted and shot down.”
Why did this not happen?
Along with freethinkers such as Col. Prouty and Gore Vidal, the questions that so many citizens want answered remain as relevant today as they were in 1963 and 2001. What power(s) can oversee a collapse in national defense on this scale of magnitude?
Zapruder Film Slow Motion (HIGHER QUALITY)
The Secret Service may have been ‘impaired’ the day JFK was assassinated
9/11 Timeline – Facts & Summary – HISTORY.com