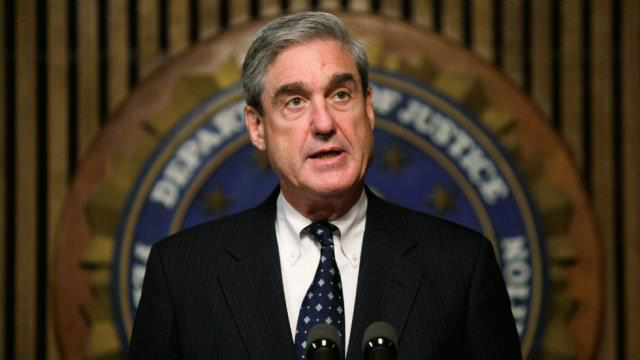 The long negotiations between President Trump’s legal team and the gaggle of professional witch-hunters employed by the special counsel Robert Mueller may yet produce a formula by which Trump could sit down for a voluntary interview. Increasingly, however, this seems doubtful, as the hostility between the two camps grows, and as Trump’s poll numbers rise even as he castigates Mueller. Therefore, we must take seriously the possibility that Mueller will try to subpoena the President and force him to testify. Does Mueller honestly believe that he would obtain valuable information from such an interview? I doubt it, but he could nonetheless raise the stakes and increase the pressure and scrutiny on the President. Given Mueller’s m.o., this may well be the path he follows.

A subpoena would presumably be contested by the President’s lawyers, and it is hard to imagine that such a dispute would not be litigated all the way to the Supreme Court. This would take months, if not years, and all the while the left would claim that the President was evading justice. Whether the President was ultimately forced to testify or not, the political script would be written for the foreseeable future, and it would be more of the same: a nation divided, a political system whose very legitimacy was in question, and an administration under siege. Probably, Democrats would be pleased with this scenario. Mueller might also view it as a “win,” since, even if the President was never impeached and removed from office, he would still be hobbled and embarrassed.

If ultimately the President was forced to testify, he could answer the special prosecutor’s questions, or he could plead the fifth, asserting his constitutional right not to incriminate himself. Historically, this is something politicians have been hesitant to do, since pleading the fifth conveys the impression of guilt. In President Trump’s case, however, such a decision could be explained as a form of protest against a rogue prosecutor, who has demonstrated that he is biased, ruthless, and more than willing to press charges on any pretext. Not answering Mueller’s questions could be seen as noble, therefore, or at the very least as common sense.

From another perspective, however, the President may wish to volunteer to sit for an interview, after all. Arguably, what the President says in any potential interview, unless it is monstrously imprudent (“Sure, I colluded, and I enjoyed every minute of it”) is irrelevant to the outcome of the proceedings. I say this because ultimately the President’s fate will be decided by political factors rather than legal ones. The fact of the matter is that the President will never be removed from office without the concurrence of a very large percentage of Republicans in Congress, especially in the Senate. There is no sign whatsoever that Republican voters, or Republican elected officials, are prepared to turn on President Trump. Ergo, unless Trump’s interview were to change those facts, whatever Mueller discovered would be of little consequence.

To be sure, Mueller will issue a report that indicates that the President is likely guilty of a variety of crimes. This much has been obvious for a while. To be sure, most Democrats will believe that the charges are true. At this stage, however, it seems highly unlikely that Republicans will believe it, and that is what counts.

My advice to President Trump, therefore, is to consider sitting down with Mueller and answering as few of his questions as possible, and with the utmost vagueness. “I don’t recall” should be Mr. Trump’s constant refrain. He should also rely heavily on his lawyers in crafting his answers. The upside of this approach will be that, absent a long court battle over any subpoena, the Mueller inquiry will end sooner rather than later, and Mueller’s report, although it will be seized upon by Democrats as a vindication of their conspiracy theories, will not produce impeachment, much less the removal of President Trump from office. The country can then move on.

If, however, the President’s legal team views it as more expedient to refuse to submit to a voluntary interview, then any forthcoming subpoena should be fought tooth and nail all the way to the Supreme Court. This is partly to defend the integrity of the presidency itself, which otherwise could be made captive to frivolous litigation. If the subpoena is ultimately upheld, Trump should plead the fifth. He should do so because, by that time, Democrats may well have taken control of the House, and the elevation of the dispute between Trump and Mueller to a matter of interest to the highest court in the land will buttress the Democrats’ specious claims that Trump’s “crimes” are on such a scale that impeachment is the only remedy. More importantly, the political pressure on Democrats in Congress from their own base to pursue impeachment will be irresistible. Given the gravity of the political dangers the President would face, answering Mr. Mueller’s questions would be foolhardy at that stage.

And that is the fundamental choice the President now faces: take his medicine now, by sitting down with Mueller for a voluntary interview, or fight the prospect of an interview, even if a subpoena is issued, and drag out the process for many months. Either the subpoena would be quashed, or an interview would ensue. Either way, there is a good chance that substantial parts of Mueller’s report are already written. An interview would simply give Mueller the opportunity to “fish” for more ammunition.

In politics, as in life, timing is everything, and so my advice to President Trump and his legal team would be to choose the first option, that of submitting to a voluntary interview, simply because it promises to end the Mueller investigation ASAP. This will mean that Mueller’s harrowing report will land in a Republican-led House Judiciary Committee that will treat it with the contempt it so richly deserves. True, there is a chance that, if Democrats eventually took the House, they would dust off the report and pursue impeachment anew, but my guess is that newly-elected moderate, swing-district Democrats would balk at the prospect. And, from their narrow political perspective, wouldn’t it be better to let a wounded President continue in office, under a cloud of suspicion, so Democrats could triumph over him in 2020?

In the end, the chances that Trump’s term will be cut short are very slight. Throughout this debacle, the left has shown no ability to convince the right that its case for collusion and obstruction of justice is compelling. On the question of Trump’s guilt, therefore, the two parties are, and likely will remain, stalemated – and a tie, in this case, goes to the incumbent President, who may be tarnished, but is still standing, despite herculean efforts to topple him.

To Reform Policing, We Must Use Our Brains
FEDERAL JUDGE SCOLDS THE MULE TEAM FOR IGNORING THE LAW AND TRYING TO “GET” THE PRESIDENT!