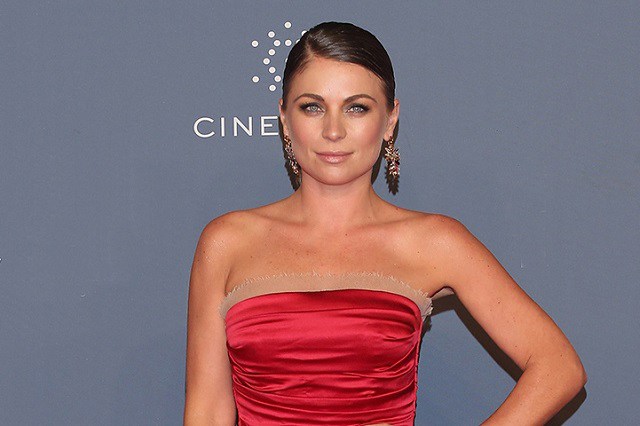 By Frank Parlato
Paleta is the wife of the Mexican leader of the sex-slaver cult, NXIVM. Her husband, Emiliano Salinas, is son of former Mexican President Carlos Salinas. Emiliano leads the Mexican branch of the cult that brands and blackmails women.
Paleta owns a $500,000 home near Albany within short walking distance to both Raniere’s home and his secret sex lair on Hale Court – recently raided by the FBI.
Although married to Salinas, like other cult couples, Ludwika and Emiliano do not enjoy monogamy. Emiliano has had a longstanding affair with his male business partner, Alejandro Betancourt. Paleta reportedly has had discreet affairs with multiple men including actor Mark Hildreth, a member of the sex slaver cult, who reportedly quit last year when Raniere snatched away his girlfriend and branded her with his initials.
Emiliano is said to be under investigation by the FBI and may be apprehended for any number of crimes witnesses say he committed for his master Raniere.  Assistant US Attorney Moira Penza informed the judge in the Raniere case that more indictments are expected in about a month.
Paleta has not been seen in Albany since Raniere was arrested in Mexico on March 25. It is not known if Paleta is branded with Raniere’s initials.
In the aftermath of Raniere’s arrest, Emiliano Salinas tried to distance himself from NXIVM, telling the Mexican media he no longer has anything to do with Raniere and has given up his NXIVM franchises.
Sources tell Frank Report, Salinas privately told NXIVM members he still runs NXIVM Mexico. Seagram’s heiress, Clare Bronfman is running worldwide operations now.

As far as Televisa is concerned, Ludwika went to the station to do an interview with Paola Rojas. Just before she was to set to appear, Rojas was informed Ludwika could not go on the air. Paleta was not aware in advance, reported the newspaper El Universal.  According to media reports, production people notified her driver that Ludwika could not go inside since she was on a list of banned actors.

When Paola found out, she spoke with senior executives to see if they could make an exception and they told her “no” that the actress was forbidden from appearing on any television program of Televisa’s.

“Ludwika had to go to her home,” reported El Gran Diario de México.