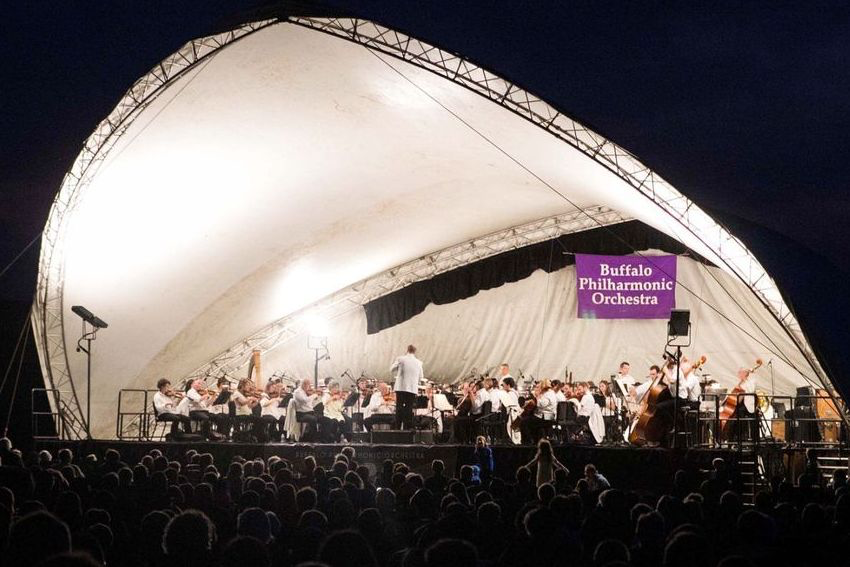 BUFFALO, NY – Everyone’s looking forward to summer, and the Buffalo Philharmonic Orchestra is no exception.

The BPO has planned a busy summer season that will not only take the orchestra to venues throughout Western New York’s eight counties, but will extend its missions of education and community engagement.

One of the biggest events of the summer is an arts festival and concert at Letchworth State Park on Saturday, July 14. Starting at 2 p.m., the park will be host to pop-up musical and theater performances, including “36 Plays in 36 minutes or less: An expert’s guide to Shakespeare” by Shake on the Lake. The concert will take place at 8 p.m. on Archery Field overlooking the gorge. Conducted by JoAnn Falletta, the free program will highlight the significant musical legacy of American composers from Aaron Copland and Leonard Bernstein to John Williams, and will culminate with a grand fireworks display.

VIP packages are available for $100 and include an invitation to an exclusive wine and cheese reception with select BPO musicians before the concert at the Humphrey Nature Center; complimentary reserved parking; and reserved VIP concert seating. A limited number of VIP packages are available. Please call Thomas Graber at the BPO at 716-242-7829 to purchase. Proceeds will benefit the Buffalo Philharmonic Orchestra’s Concert at Letchworth. Funding for the BPO’s first-ever concert at Letchworth provided by Charles L. VanArsdale, Conable Family Foundation, Peter G. Humphrey, Cindy Abbott Letro and Francis Letro, The Wyoming Foundation, and various friends of the BPO’s performance at Letchworth State Park.

The BPO will perform with Vanessa Williams at Artpark on July 19. Williams launched her career as the first African-American Miss America, and has gone on to a stellar career as a singer and actress, with eight studio albums and more than 70 film and television credits. This special appearance at Artpark will feature her hits like “Save the Best for Last” and “Love Is,” and will be conducted by Stefan Sanders. Tickets are available at artpark.net.

After a one-year hiatus, the BPO will also return to Old Fort Niagara on July 22 at 8 p.m.Tickets are $25 for adults, $10 for kids and $60 for a family four-pack. This concert will feature a stirring mix of patriotic favorites and popular hits performed on the lawn of one of the most historic sites in the region, and will conclude with a fireworks show. Stefan Sanders will conduct.

The summer season culminates with a performance on the opening night of the Erie County Fair on Wednesday, Aug. 8 at 8 p.m. The BPO last graced the fair’s grandstand in 2014 for the 175th Erie County Fair. The concert is free with admission to the fair, and Stefan Sanders will conduct – his final appearance on the BPO podium as Resident Conductor before he leaves to pursue other positions.

On July 9-13, the BPO will welcome Doctors of the World for a side-by-side experience. Forty-seven doctor/musicians from Canada, Australia, United Kingdom, Germany, Sweden, Switzerland, Japan, and 16 different states will come to Buffalo for coaching, rehearsal, performance, and a chance to experience the area. Their culminating performance will be conducted by JoAnn Falletta and will double as the Donor and Subscriber Appreciation Concert. Proceeds from the Doctors of the World experience will benefit Oishei Children’s Hospital Healing Arts Fund, and the doctor/musicians will also provide a day of chamber music at the Hospital.

The summer also sees the BPO return to the Ellicottville Summer Music Festival, celebrate another Independence Eve at Coca-Cola Field with the Buffalo Bisons, and perform at Bidwell Park, North Park Academy, Niawanda Park, M&T Bank Plaza, and Clarence Town Park. With the exception of the Ellicottville concert, which will be led by Bradley Thachuk, Stefan Sanders will conduct all summer concerts.
The schedule is as follows: 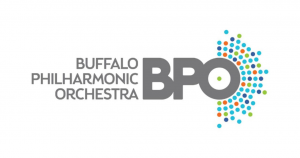