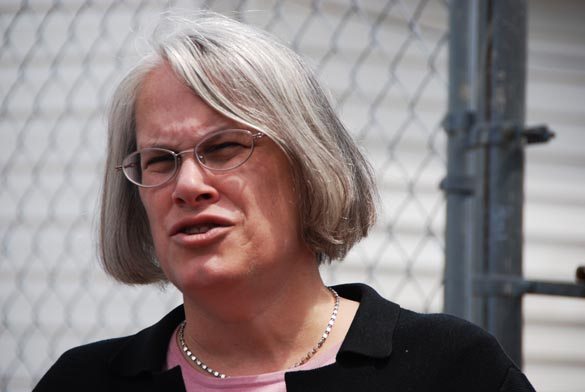 Much is being made of the sexual proclivities of the Caligula Wannabe whose tenure as New York State attorney general ends at close of business today, but a much more important question that should be on minds everywhere from the fever swamps of Albany and Brooklyn to that big white house at 1600 Pennsylvania Avenue is who will succeed Eric T. Schneiderman in his office suite at the State Capitol.

The most ludicrous suggestion to date for the next AG is Hillary Clinton—an online publication called Bustle floated the trial balloon earlier today. More usefully, though, Politico offers an exhaustive list of possible successors.

While a number of high-profile names have been floated, including former U.S. Attorney Preet Bharara, the body that will ultimately select the next AG is, constitutionally, the combined membership of the New York State Senate and Assembly. But the Assembly effectively controls the votes to pick the next AG—with 105 Assembly seats under their control, and 209 combined current members of the Senate and Assembly, the Assembly’s Democrats will pick the next AG. So it’s hard to imagine a scenario where an Assembly Democrat doesn’t claim the office.

Rumors out of a 9 a.m. meeting of the Assembly’s Democratic Conference pointed to the possibility of liberal Assemblywoman Helene Weinstein of Brooklyn being the Assembly Dems’ choice. As Brooklyn is largely the base of the liberal activist wing of the Democratic Party in New York these days, she seems viable. As the former longtime chairwoman of the Assembly Judiciary Committee, that’s even more the case.

She also seems incredibly stiff. For an office seen as an audition for the powerful role of governor of New York, Weinstein doesn’t come across as the kind of telegenic personality that would use the office as a springboard—and indeed, many attorneys general have done precisely that. (Think Andrew Cuomo and Eliot Spitzer. Or, better yet, don’t think Spitzer, because he may be even grosser than Schneiderman.)

Assembly Speaker Carl Heastie also noted “diversity” might matter in the pick. Weinstein seems to score in that regard as well, with Gov. Andrew Cuomo, State Comptroller Tom DiNapoli, Senate Majority Leader John Flanagan, and Heastie all being of Y-chromosome stock.

So, what can one expect from an Attorney General Weinstein?  Well, she’s a darling of the trial lawyers. Her legislative accomplishments include trying to up the lawyers’ take on medical malpractice cases, among other things. And, in her role as chairwoman of the Assembly Ways and Means Committee, she has pushed such painful legislation as Upstate-only Uber and Lyft “fees.” She also sought to give New York’s courts jurisdiction over any foreign business that had operations in the state—which would effectively drive foreign investment in New York State down.

Weinstein’s voting record is one of consistently advancing the liberal position, with middling scores, at best, when it comes to support for the business community. In fact, it’s so pronounced that her score from “New York City Americans for Democratic Action”—a hard-Left advocacy group—has never been lower than 90  percent.

With the attorneys general of New York and California so often aiming to impose radical positions on the rest of the country using their respective states’ economic clout, New Yorkers can expect more of the same from Weinstein—or, really, anyone the New York State Assembly chooses.

And with the outgoing New York AG’s penchant for meddling with the Trump administration, the person who holds this office next will likely matter a great deal in coming months.