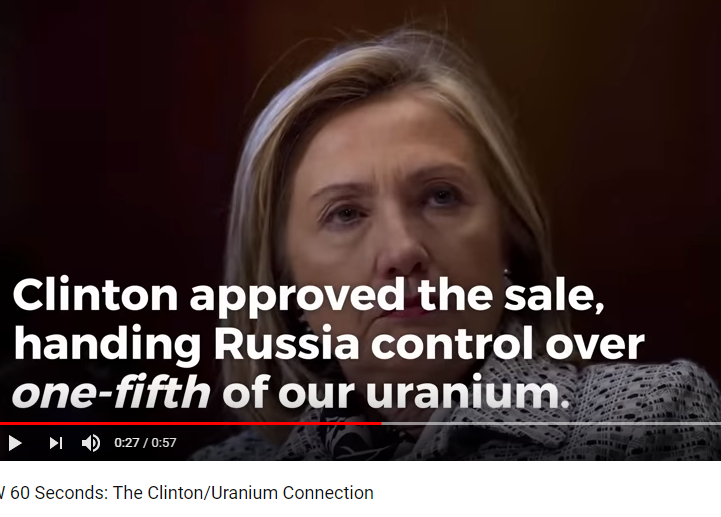 This lawsuit is part of Judicial Watch’s continuing investigation of the highly controversial 2010 Uranium One deal. At the time, a Russia state-owned nuclear firm, Rosatom, sought to buy Uranium One, a Canadian mining company. Because Uranium One held licenses for 20 percent of America’s uranium production capacity, the sale had to be approved by the nine members of the Committee on Foreign Investment in the United States (CFIUS), including Secretary of State Hillary Clinton, who assented to the transaction. Uranium One interests contributed more than $140 million to the Clinton Foundation.

Read about our latest lawsuit here.

Judicial Watch also put together a pretty persuasive 600 second video on Hillary Clinton and Uranium that wound up in Russia’s hands.

But why is this of no moment to Russian colluder theorists?

Is Trump the goal of #metoo?
Guest View: You May be Wrong; Stormy Daniels MAY BE BRANDED NXIVM SLAVE out to get Donald Trump!
Comment