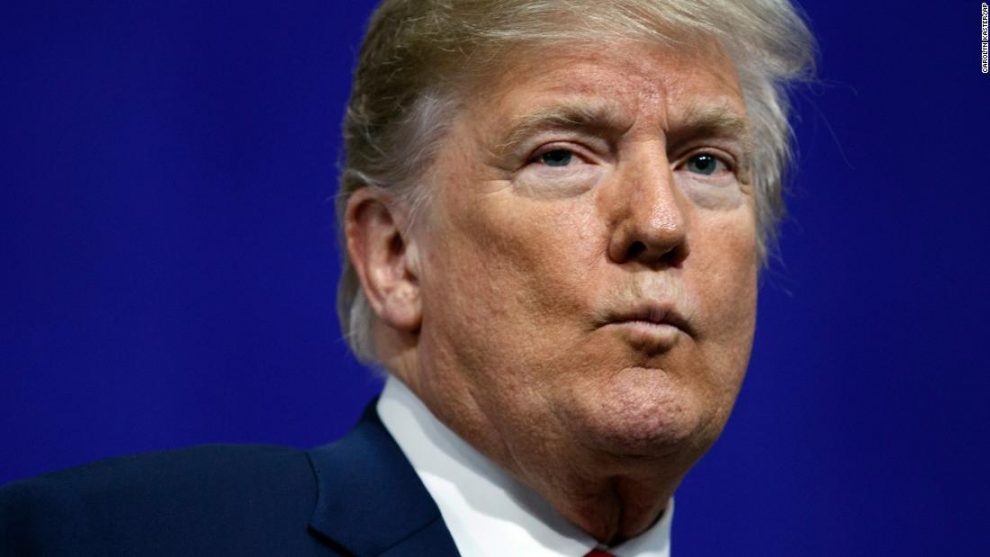 Democrats and their sympathetic media embrace the #metoo movement. It seemingly began in 2017, upon publication in the New Yorker of Ronan Farrow’s expose of Harvey Weinstein’s decades of abusing women.

The head-scratching question is timing. Why did the media embrace this now? Why not in the 1990s, or 2000s, but only post 2016 did this become predominant, the pulsating center of the zeitgeist?

If one watches CNN, MSNBC, and reads the Washington Post, one could suspect that mainstream media’s embrace of the movement could be in part a tone setting for impeachment of President Trump.

Democrats have called on Trump to resign over alleged amorous/sexual/deviant/aggressive behavior.

“Sexual assault is one of many reasons why Trump should resign from the presidency,” wrote Bob Burnett in the Huffington Post, in December.

As the #metoo gained steam, women felt emboldened to speak out against admitted and alleged offenders. Unfortunately, for Democrats, the momentum could not be bifurcated along party lines. Not long after Weinstein, Democrat Senator Al Franken was accused of grabbing model/radio broadcaster Leann Tweeden’s breasts whilst she slept on an aircraft, and badgering her into a French kiss.

Shortly after the above photo was republished, in light of #metoo, several women came forward accusing Franken of misconduct. He resigned in January 2018 as a result.

The movement has become an avalanche, sweeping powerful men from their thrones. Fringe elements rear their heads, with employees summarily being terminated from jobs on mere assertions of bad behavior.

Journalist Ryan Lizza, in December 2017 was fired from the New Yorker after it was “determined” he engaged in “improper sexual conduct.”

Lizza fought back; the company’s decision to fire him “was made hastily and without a full investigation of the relevant facts” and “a terrible mistake.”

Lizza called the suspect relationship “appropriate” and “respectful.” At the time, Lizza regularly appeared on CNN which also suspended him pending investigation.

By late January, Lizza was back on air. CNN said in a statement, “Upon learning of The New Yorker’s decision to sever ties with Ryan Lizza in December, CNN pulled him from future on-air appearances while the network conducted an extensive investigation into the matter. Based on the information provided and the findings of the investigation, CNN has found no reason to continue to keep Mr. Lizza off the air.”

Lizza’s accuser wished to remain anonymous, and no details are available.

Polls on the matter found a considerable percentage of Americans believe that women making false #metoo claims are a problem.

To CNN’s credit, unlike The New Yorker, CNN conducted an investigation before determining there was no reason to keep Lizza off the air.

Given CNN’s position, as a virulent, anti-Trump news network, whose anchors and most commentators lean from left to hard left, this is a strong indication that Lizza’s anonymous accuser lacked meritorious claims. In the throes of #metoo, the last thing CNN would likely do is give airtime to a #metoo predator already fired from his job.

This week, Farrow struck again through the New Yorker at NY Attorney General, Eric Schneiderman, who, unlike Lizza, announced his resignation immediately. The expose of NY’s “top cop” included accusations that he referred to a girlfriend as a “brown slave,” and repeatedly choked, hit or violently slapped girlfriends without consent.

Schneiderman is an example of one who can dish it out, but can’t take it. As one of the most heavy-handed prosecutors ever to disgrace the halls of justice, a man who has indicted and prosecuted scores of people through politically-motivated prosecutions, the moment he is accused, he fights not, but crumbles and resigns immediately.

Schneiderman and Lizza’s situations are different. Lizza was accused of some vague misconduct and summarily terminated by the New Yorker, and suspended by CNN, at the height of #metoo, where zero tolerance for a breath of scandal is the media/Hollywood policy.

The question is: Is this merely window dressing by Democrat-friendly media to get #metoo solidified and red hot, so Trump will be rejected by voters in 2020, or impeached as a result of alleged misconduct?

Was the #metoo born, not with Weinstein, but in October 2016, after a number of women came forward on the heels of the Access Hollywood tape, accusing Trump of improprieties mostly a decade old or older – some dating back to the 1990s?

While the timing of complaints was questionable to critics, being lodged one month from election, and most women subsequently disappeared from public view, this was Trump’s October surprise, which received significant news coverage, perhaps as much as leaked or hacked emails connected to the campaign of Hillary Clinton.

Following the Weinstein-New Yorker story, and resultant christening of the #metoo movement, mainstream media’s coverage of sexual misconduct accusations against powerful men often seem to float back to Trump. Then came Stormy Daniels’ lawsuit, which linked up with Mueller’s probe on Russian collusion. [Stormy is not Russian.]

The 6th Amendment right of confrontation of accusers is an alien concept in #metoo, proceedings. Equally alien is the presumption of innocence.

At the same time, the movement has emboldened victims of more than mere micro-aggressions to step out of shadows and receive justice.

But the #metoo system of justice is uneven and unpredictable. Could it be  Democrats hope this unwieldy beast may take down Trump in 2020 by alienating voters, or before the election through impeachment, should Democrats win a Congressional majority?

Paladino: The Republican Senate is a Useless Bunch of RINOs
Compelling 60 second video on possible Russian colluding Hillary Clinton and Uranium One
Comment