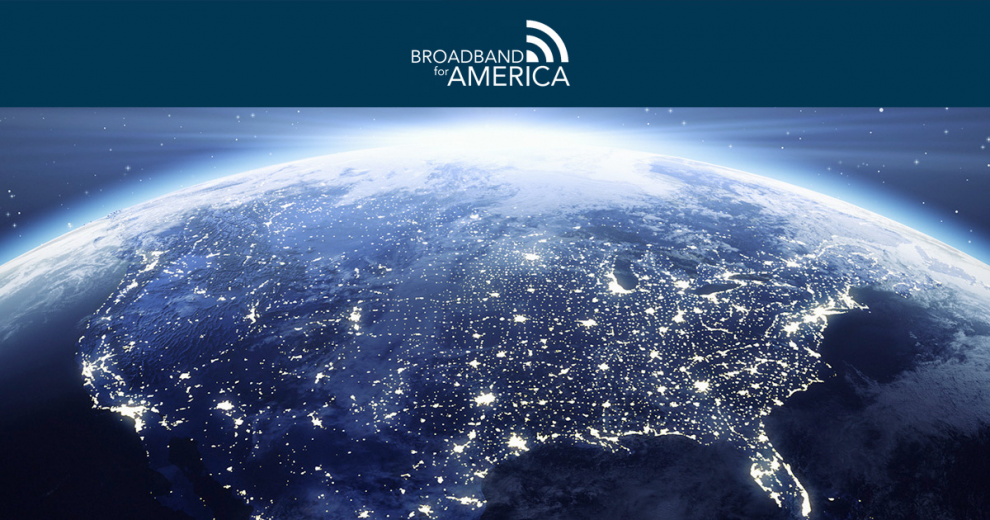 By Bill McInturff & David Binder
May 10, 2018
Inside Sources

With the Federal Communications Commission (FCC)’s Restoring Internet Freedom Order soon going into effect, rhetoric by net neutrality activists has reached a fever pitch. Organizers have held protests, while states and localities have attempted net neutrality laws of their own. Democrats in Congress are using a legislative maneuver known as the Congressional Review Act (CRA) to attempt to overturn the FCC’s order, and are now targeting mid-May as the date to force a vote in the U.S. Senate.

With so much hyperbole to break through, we came together as Democratic and Republican pollsters to find the facts. What does the data actually tell us about net neutrality and what do consumers want and expect from internet service providers (ISPs) and edge providers like Google and Facebook?

In mid-April, we surveyed 1,000 registered voters by telephone across the country. Our work was paid for by Broadband America, a coalition supported by broadband providers. Ultimately, we found that there is a clear appetite among voters for comprehensive legislation that protects an open internet and provides clear rules for both ISPs and edge providers.

The most convincing reason to not use this CRA (78 percent of voters) is it does nothing to protect consumer privacy and security and that a comprehensive approach is needed when it comes to the internet. Another widely accepted reason for rejecting the use of this CRA (73 percent) is that the CRA would fast?track regulation with no debate and no public input, and since how we regulate the internet will impact generations of Americans to come, it deserves a public debate.

The survey also addressed data privacy – an issue at the forefront of public debate because of the growing number of scandals and discoveries about how our personal data is being mined and monetized by the large web companies. In this regard, 73 percent of voters said a good reason Congress should not use this CRA is because it would let large tech companies and edge providers off the hook for having to protect user information.

Our findings also showed that an overwhelming 87 percent of voters react positively to arguments for a new legislative approach that sets one clear set of rules to protect consumer privacy that applies to all internet companies, websites, devices and applications instead of using this CRA.

So what does all of this mean for the future of net neutrality? Instead of a band-aid approach offered by the CRA, by a 20-point margin voters reject the use of the CRA to restore net neutrality.

Indeed, 72 percent of voters say a good reason to reject the CRA is that Title II regulations aren’t the solution. These voters share concerns that governing the internet based on decades-old rules from the 1930s isn’t appropriate for dynamic digital networks.

Instead, voters overwhelmingly prefer comprehensive legislation that would establish a clear set of consistent and transparent rules that can be applied fairly to the many stakeholders dependent on the internet. By a 2 to 1 margin, voters said Congress needs to pass new legislation that protects them and the internet alike instead of reinstating rules that only apply to one sector of the internet.

We hope Congress takes this research among voters into account as they consider both the CRA and the future of the internet. Our findings show that there is overwhelming support for a comprehensive legislative approach – a positive sign that should encourage everyone, from ISPs to edge providers, to come to the table and work together toward a 21st century solution for a 21stcentury technology.

Bill McInturff is a partner and co-founder of Public Opinion Strategies, a national political and public affairs survey research firm. David Binder is the founder of David Binder Research and has over two decades of experience in statistical and qualitative analysis.