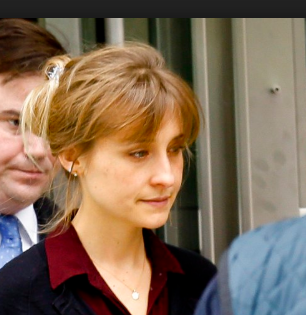 The suspected financial intervention of Clare Bronfman into Allison Mack’s legal affairs raises a point: If it is true that the two sister-wives, Bronfman and Mack, are working together to save “the mission”, this would be a departure from their longstanding distrust of one another.

For years, Bronfman was extremely jealous of Mack’ closeness to Raniere. She constantly submitted to EM [Exploration of Meaning] therapy from NXIVM EM therapists Lauren Salzman and mother, Nancy Salzman, to help overcome her jealousy issues with Allison and other women whom Raniere seem to want to lavish more physical attention on than Clare.

Mack, in turn, was jealous of many of the younger women but not of Clare Bronfman. Allison knows Raniere would mock Clare Bronfman behind her back, but because she had the money, she would subject Mack and others to ‘Cruella’ Bronfman’s caprice and mercurial viciousness.

For his part, as grand master to the women, Raniere saw value in encouraging competition and distrust between Mack and Bronfman, for it helped keep both disciplined, frightened, and insecure, which lends itself to greater obedience  – a necessary factor for many harems.

If Mack has assured Bronfman she will be faithful to Raniere, Bronfman will undoubtedly assure Mack that her legal bills will be paid.

She may tell Mack that no jury will convict Raniere, if Mack admits it was her idea to brand women and Keith knew nothing about the plan until after it happened. That, at best, Keith was a passive participant. It was Allison, Nicki Clyne, India Oxenberg and other women who did the actions described by the DOJ as felonies.

Then Mack  – after clearing Raniere – Mack could argue that it was all consensual among the women.

The old guard of NXIVM are united in sympathy for Keith, vilifying Allison for creating DOS. All think it unfair that Raniere is in jail and believe that if anyone should go to prison it should be Allison.

The mood among faithful NXIVM members is that everything was going beautifully until Allison was given too much power.

Seagram’s heiress Clare Bronfman may be above US law in Buffalo or Albany, but not NYC, not the EDNY DOJ
If Allison Mack aligns with Raniere and Bronfman ‘she will spend the rest of her life in prison’
Comment