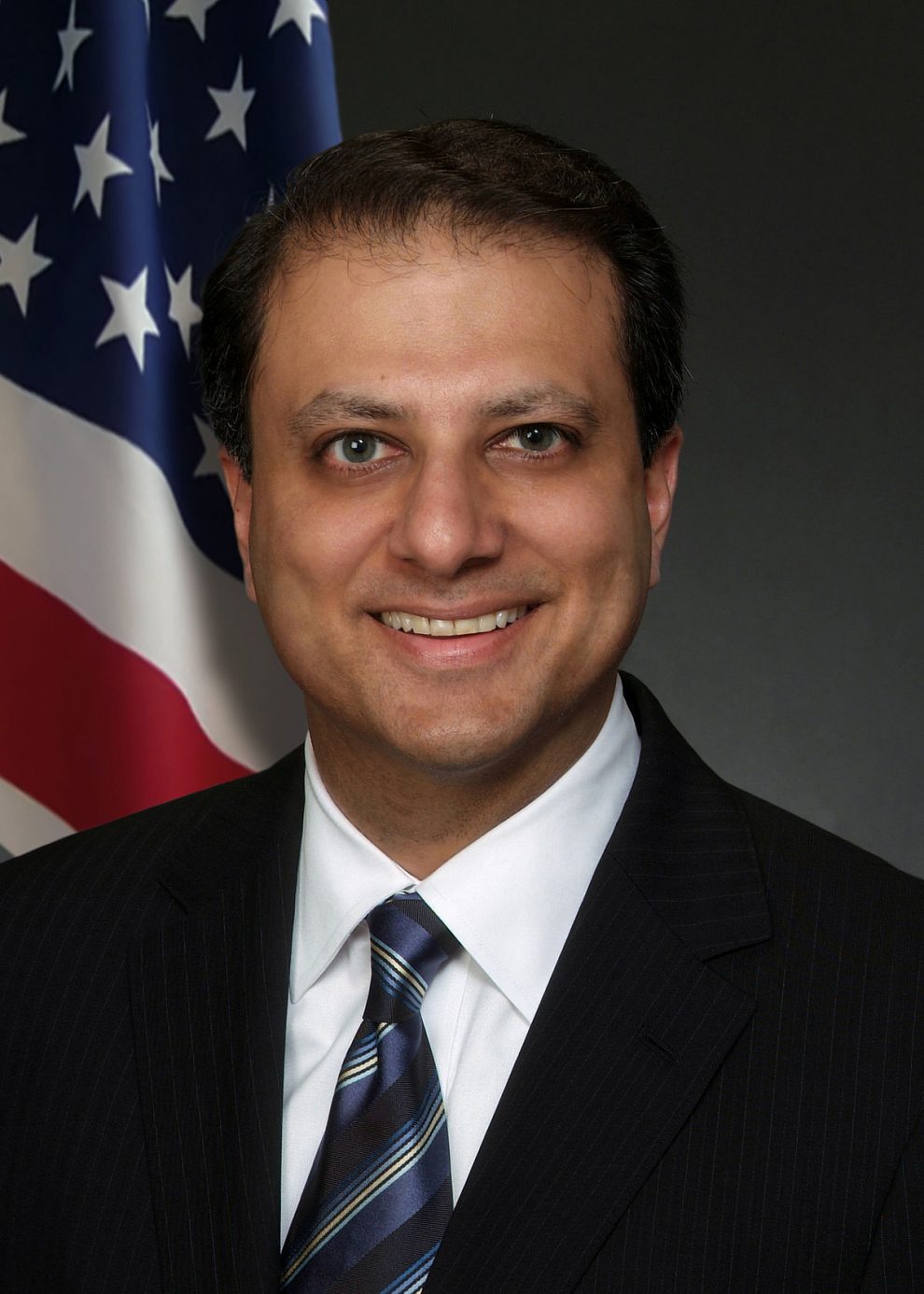 Corruption at the highest levels of Obama’s DOJ

With former US Attorney for the Southern District of NY, Preet Bharara is said to be under consideration for the post of NY State Attorney General recently vacated by disgraced and abusive prosecutor  Eric Schneiderman,

Bharara’s high-profile investigations quickly earned him a reputation as “the scourge of Wall Street” and landed him  the cover story in Time Magazine as the “top cop busting Wall Street.”

The ‘crime-busting” Bharara was hailed as a future Governor or US Attorney General. When fired by President Donald Trump Bharara attacked the President and signed a lucrative contract with CNN as a legal analyst.

But Bahara is neither the “White Knight” nor the “Mr. Clean” depicted by the media.

A closer look reveals that as a prosecutor Preet Bharara regularly broke the law and abused his power in order to convict innocent targets. This pattern includes knowing about and approving FBI leaks of grand jury testimony to the media and lying to a federal Judge about it, pressuring compromised witnesses into changing their story and lying, pressuring an exculpatory witness into pleading the fifth amendment, suppressing exculpatory evidence and violating the rights of the accused in order to maximize publicity for himself.

In other words, Preet Bharara regularly broke the law in order to convict innocent men of breaking the law.

A 2016 conviction of Las Vegas businessman, celebrity gambler and philanthropist William “Billy” Walters is the best place to look because the entire record is public and none of it is redacted or withheld so the government’s admitted conduct is stunning.

In April of 2013, and in an effort to revive the “dormant” investigation, FBI Agent David Chaves began leaking confidential information – including secret grand jury information from the investigation – to reporters for both the Wall Street Journal and the New York Times.

Published stories by both papers at the end of May 2014 resulted in the questioning of Tom Davis, then a board member of Dean Foods.  Davis initially denied any involvement or knowledge or involvement any kind of insider trading.

A separate investigation by the Securities Exchange Commission (SEC) uncovered the fact that Davis had embezzled money from a charity for battered women and lied to cover it up. That resulted in Davis changing his story and agreeing to cooperate with the government in its investigation of Walters.

They trial documents made public reveal

On March 6, 2015, Davis was approached by the FBI after the New York Times and Wall Street Journal stories. He denied insider trading and refused an FBI request to cooperate.

Davis and his new attorney met with the government for debriefing and prepping about 29 times to concoct his testimony.

Mickelson repeatedly told the FBI in multiple interviews that there was no insider-trading and that Walters was innocent of the charge. Bahara’s investigation into Mickelson exposed huge overseas gambling debts and the prosecutor threatened to indict the pro golfer for money laundering and tax evasion unless he agreed to plead the fifth amendment in the Walters matter thus denying Walters an exculpatory witness.  Mickelson folded.

Human nature being what it is, I could certainly understand if an agent found themselves in communication with a member of the press and somehow a conversation got out of hand and went beyond where it should have, and the agent, without any real thought ahead of time, misspoke. That is not what happened here. This included dinner meetings and the like. I’m a wiser person today for having been exposed to this. To say I was shocked would be an accurate statement.

The thing that I find — an overused word in the English language is “ironic.” It’s often misused. But I think it is truly ironic that Mr. Walters is charged with, among other things, tipping material nonpublic information to another. And to help support that case, the special agent apparently tipped material nonpublic information improperly to another. That’s what we have here. And it is a true irony.”

Also from the trial record:

This past Christmas President Donald Trump commuted the sentence of a Brooklyn Rabbi who had been convicted of financial crimes. The President should commute the sentence of William Walters and order Attorney General Jeff Sessions to review the action of the Justice Department in what Judge Andrew Napolitano has called the “most stunning case of prosecutorial misconduct I have ever seen”.

All supporting documents can be seen here

COMING SOON TO A FESTIVAL NEAR YOU or It may be the only time you may get to see any of these films
Famed Mexican Publisher Alejandro Junco said to be ‘gravely ill’; as daughter Rosa Laura remains in sex slave cult
Comment