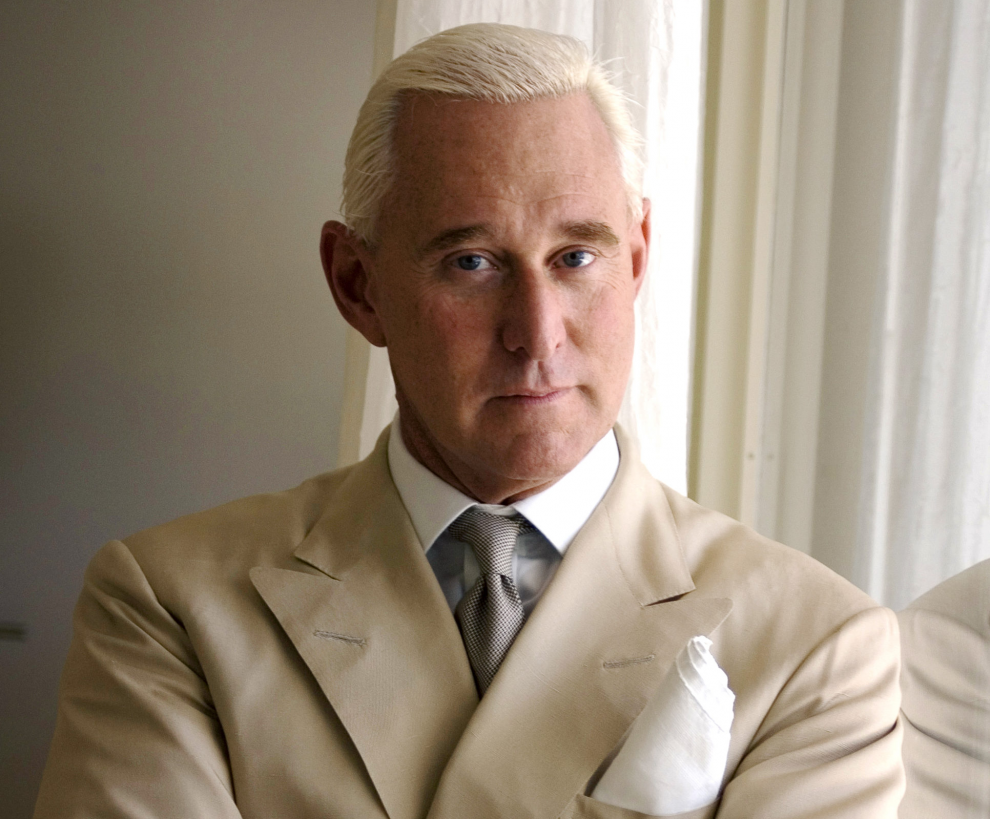 Roger Stone, the longtime political consultant, had a role in taking the sex slaver cult of NXIVM down.  I know because I had a hand in it also.

It was Stone and lawyer Steve Pigeon who were responsible for getting me the consulting job for NXIVM and its two enablers, Seagram’s heiresses, Clare and Sara Bronfman.

I went to work for the Bronfmans and NXIVM in Albany NY, in 2007. By the time I began, Stone had just quit working for them.  At the time, the sinister aspects of the cult were  well hidden.  It was not until almost 10 years later [in June 2017] that I first broke the news that the cult branded and blackmailed women. That concept had not started when Stone or I did work for NXIVM in 2007.

From the onset of my six months’ employment with NXIVM, Stone would call me up and tell me the reason he quit, and the reason he did not want to work for NXIVM’s cult leader Keith Raniere: He thought Raniere was a bullshitter.

He would call me up and ask sarcastically, “How’s the world’s smartest man?”

[Raniere claimed to have the highest IQ in the world, a claim I was to later debunk when I revealed that the IQ test he bragged of scoring so highly was a take home IQ test and he cheated].

Stone would call me and deride one or another of Raniere’s claims. He suggested I quit, but not too strongly, for he realized I was being paid. Neither one of us had any idea how dark this cult was beneath the surface. For my part, I thought the group was essentially comprised of good people who were a little eccentric.

Let the record fairly show that Roger Stone was the first person to give me fair warning that NXIVM and Raniere were not what they appeared to be.

I remember it clearly because, at the time I was working with NXIVM and Stone had recently quit  – he was gunning for Elliot Spitzer. Stone told me he would see to it that Spitzer – then governor of New York – would go down in disgrace.

Stone suggested I help him go after Spitzer.  I had to pass, for my work for Raniere/Bronfman was consuming all my time.

At the time, I believed the Bronfmans wanted to see good done in the world and thought Raniere, plus their backing him with their money, could possibly do some good. [Only years later did I {and Stone} learn of the horrors Raniere and the Bronfmans did to others.]

Stone told me that, after he had been working for NXIVM for about two months, they wanted him to use his political contacts to get Keith Raniere’s old girlfriend, Toni Natalie, indicted. They were willing to pay a million dollars. Raniere felt that he should be able to buy politicians or US attorneys to get his enemies indicted. Stone said they needed a lawyer not a political consultant and quit.

Stone went on to other work in other political circles including – it appears – to play a role in the disgracing pand subsequent resignation] of Elliot Spitzer a few months later.

As for me, I went on to uncover fraud being perpetrated against the Bronfmans. I recovered $26 million dollars for them in assets. Then I discovered that another $65.6 million was missing.

When I told the Bronfmans that someone swindled them out of what appeared to be more than $90 million, their attitude was one of complete unconcern.  They believed Keith Raniere could make it back for them any time he wanted. After all, he was the smartest man in the world.

I found out also that Raniere had told the two sisters that their own father, Edgar Bronfman Sr., was responsible for the losses. Raniere said their father and the Illuminati wanted to destroy him. That was why the Illuminati and Bronfman Sr. [Raniere said] pulled strings behind their backs and why they lost $65 million in commodities investments. The father, Raniere told them, had manipulated world markets to foil Raniere’s advised trades.

I told the Bronfmans I was going to look into whether I could get back some of the $65 million they lost in commodities.  Stone gave me information on their purported investments in corn futures that showed there was no way the father was behind it.

I was now fully convinced the Bronfmans were being swindled, but I did not suspect Raniere. I did not want to believe it. I had grown to like Raniere. He could be charming – and let’s face it – were he not charming he would not have been able to get so many people into his cult.

Stone scoffed at the idea of the Illuminati and derided the idea that Bronfman Sr. secretly swindled his daughters to discredit Keith. I told the Bronfmans, I was going to make a thorough investigation of the commodities trades made under Raniere’s guidance. The next day, I was fired by Keith Raniere.

As for Stone, for those who think he was in the cult, or the conduit of something sinister with NXIVM, here is what I know:

Stone was associated with Raniere and NXIVM for about two months.

He audited one NXIVM “executive success” workshops for one afternoon. Stone never officially enrolled and never completed the class.

I doubt Stone saw any of the secret sex cult practices of NXIVM. This was well hidden. As far as I know, Stone met Raniere only once during his tenure.

I lived with the cult in Albany for months, working day and night, and I did not see any signs of an evil sex cult.  I came to learn Raniere was sleeping with some of the women but these women seemed happy and intelligent. No one was acting like they were being coerced.

Stone stopped working for NXIVM in 2007. The human female branding did not start until 2015.

Stone’s parting with Raniere was amicable. He convinced them they needed a lawyer, not a lobbyist in their quest to indict enemies.

After I turned whistle blower, Stone gave me further information that aided me in my work of exposing the cult.

To say he was a member of NXIVM, or had any meaningful role in aiding their nefarious deeds, is a patent untruth. He was a early warning voice for me and later aided me in getting the truth out, providing resources and information that ultimately led to the successful takedown of what turned out to be a very vicious cult.