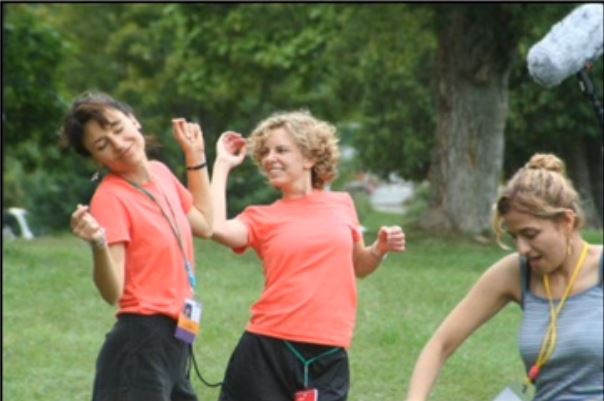 According to multiple, informed sources, Vanguard Week 2018 is canceled.

Every summer, since 2005, hundreds of followers of Vanguard, AKA Keith Raniere, assemble at the Silver Bay YMCA camp on the shores of Lake George for “Vanguard Week” – a 10 day celebration of the nativity of Raniere.

His birthday is August 26, 1960. Raniere gave himself the title Vanguard.

Followers pay from $2,000 to $5,000 to attend the event. The fee includes a shared room, vegetarian meals, beach time, hikes in the woods, informal gatherings, talent shows, and the right to listen to 10 days of lectures about Raniere and his teachings.

Traditionally Clare Bronfman rents the entire YMCA camp and all of its dozen or more hotels and cabins and excludes all non-NXIVM members from entering the 500-acre YMCA campus. 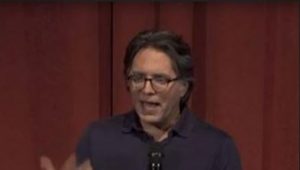 Keith Raniere in front of devotees at V-Week 2016.Now jailed at the Metropolitan Detention Center in Brooklyn, having been denied bail, Raniere is seen as highly unlikely to attend this year.  He has been charged with sex trafficking and forced labor conspiracy.

Vanguard Week [also known as V-Week] is held during the prime tourist season in the Adirondacks, and it is a sure bet the YMCA will be talking reservations for their hotels and cabins during this all important 10 days – leading up to Labor Day – during their beautiful but short summer tourist season.

Traditionally the faithful would arrive at V-Week on August 21 and attend events focused on Raniere’s brilliance and greatness – but without Raniere. He would on the 6th day – his actual birthday – to the adulation of followers.

In years gone by, as many as 400 people attended V-Week. But in 2017, rocked by details first revealed in the Frank Report – an estimated 175 people attended.

Last year –  in June – four months before the New York Times blockbuster story came out – and two months before V-Week 2017,  I wrote, “There is a time when everyone who sows, reaps his harvest. Less than 200 people registered for V Week [2017]. Last year [2016] at this time it was more than double that number.  Is it a sign perhaps of the harvest about to come?”

It has come and many people are feasting. Thank the Lord.

Nicki Clyne [l] and Allison Mack [r] sit on a porch and relax at V-Week.

Former Mexican President’s son caught on secret recording reveals he knew all about NXIVM branding!
Roger Stone had role in taking NXIVM down; was never in cult
Comment