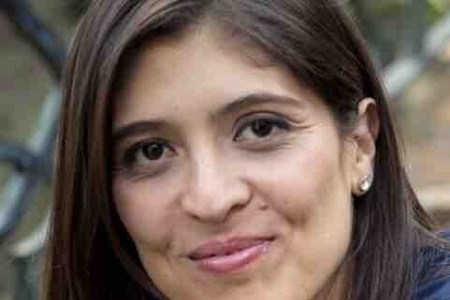 Part 2 of the secretly recorded phone conversation in August 2017 between Toni Zarattini and Emiliano Salinas.

TZ: [As Toni left Coaches Summit] It was just weird for me and at the end, at the airport, Marial told me that Paloma, she told me Marce came to tell me that she is a little bit upset, a little scared because Paloma is inviting her to a thing where she has to give a secret to enter [collateral].

I asked her it is from ESP? She said ‘no, it’s something else,’ I said ‘what? When did it happen?’ She said ‘yesterday during the Summit.’ I said ‘no, it’s super weird’ and I said, ‘she should not be doing that because then I’m a salesperson, because like she’s inviting people to another program [not NXIVM].

TZ: Well, no, it’s not cool. Exactly. We’ve never allowed it right? Then I called Jimena [Garza] immediately. Jimena asked me who had told me, and what happened. I told her and she said, ‘I’ll call you in 3 minutes.’ In 3 minutes she called me and told me, ‘I want you to know that Paloma is fine. That Marcela is fine, that everything is fine, there is no problem. I need you to say nothing to anyone, neither you, nor Marial. Do not ask anything anymore. Do not inquire and do not say anything.’ I asked Jimena, “What are you talking about?’ She said, ‘like I am telling you. I mean with what happened with Paloma, do not ask anymore. Trust me. ‘

TZ: Well, if I stayed like that – a bit off the air – it was because, in all the years I’ve been there, Emiliano, no one ever silenced me, nobody. They never told me not to say anything, and as I also felt that I was blocked from the ‘ask and do not ask’ situation. Then we go back to Irapuato and two days later, Farouk [Rojas] calls me and asks me, ‘How are you, man? “ [I said] ‘fine,’ . [Farouk asks] ‘How is Marial?’ [I said] ‘Fine,’ and [Farouk asks] ‘How are you with the problem?’[I said] ‘Which problem?’ [Farouk said] ‘With what’s happening in Vancouver?’ [I said] ‘What’s happening in Vancouver? [Farouk] There was a runaway, many coaches left [NXIVM] and many proctors [higher rank coaches]. [I said] Why? [Farouk] ‘I do not know’ [I said] ‘Well, who knows, there is very little and bad information. There is information from a group of women, but then nothing.’ [Farouk said] Well, I do not know.’

TZ: And in that moment, Emiliano, I honestly said, ‘what’s happening?’ The first thing that came to my mind was to call Sarah Edmondson. I called her because 1, she was my friend, 2, because she was Green [Green is a high rank in NXIVM], 3 because she was a super successful salesperson.  I had information from Jimena [Garza] that she was super good selling, and that she earned between 20 and 30 thousand US dollars per month, and so then why does she leave like this dude [Mark Vicente] did. I thought, ‘OK, Mark left, but Mark [according to NXIVM officials] left to make movies. What happened?’ So I called Sarah and Sarah told me about her experience [of being blackmailed and branded], then, at the time she told me about her DOS group experience. I thought, ‘oh man, it’s the same as Paloma’. So I listened to Sarah and the truth was like man, ‘Why didn’t Jimena tell me?’, like WTF is with this man! Then I called Jimena to asked her what happened with Paloma? What happened with what she told me? [I said] ‘Well I want you to tell me.” [Jimena said] ‘I cannot tell you. Why are you asking me the question? I had already told you that you should not ask me this. Nothing is happening.’ And I was like, ‘Jimena sorry!’ Besides I went to the Internet, Emiliano, to read the Frank Report and all about this topic, right? All I wanted was to get accurate information. So I called Jimena and we started to discuss and discuss and it began to get hot because I was already pissed off because, [I said]‘why don’t you want to tell me?’  [Jimena said] ‘You have an issue. You have an issue with wanting to know. You have an issue with understanding.” and I said, ‘I give a damn about the issues, now you tell me what is happening!’

TZ Really man, I was very pissed off.

TZ: And then she said, ‘you know that you and I cannot talk. I’m going to pass you over to Omar [Boone, her husband]. Well, I told her, ‘whoever the fuck you want.’, So then she put Omar on the phone and you know how Omar is. He is really nice, in my experience, he’s a very nice dude. I said, ‘look Omar, I am really angry and you too man, like a man, tell the truth, I’m not stupid. Dude talk to me man to man,’ and he accepted, Emiliano, he accepted. He said, ‘yes, this group of women exist. The truth is I think they did not handle it well’ blah blah. So at the end, dude, he admitted that the group of [blackmailed and branded] women exists, and it was created to create character etc. So at that point, Emiliano, to me, it seemed a very bad idea. First because the practices are not cool to me personally. I do not agree with the idea of collateral and those pornographic things [pictures and videos the slaves had to take of themselves and give to their masters]. I think it’s like giving yourself a nail for your foot, and you’re doing a kind of personal coercion.  I did not think it was cool and then, all of it, if we see this piece by piece, we can find it as there is nothing bad. I’m giving you my opinion, Emiliano. There’s nothing wrong with it, what’s bad for you to get a tattoo? Why is it bad for you to put a collateral on a bank? Why is it bad to have a consequence after something? And it’s fine, dude, but the context of it [is bad].  You can’t tell. You make vows of silence, vows of obedience. You have to wake up and greet the master, before going to bed, greet the master, and ask permission to eat certain things, all this as a theme, all this put  together in context. I’m sorry, but It does not sound like something that creates value or is positive for people who are there. There is no way I can see it in a good way, Emiliano.