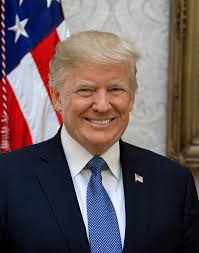 You know in looking at you and everyone else’s life, other people could connect the dots of our actions and claim that we’ve done some questionable things by association. Do I think our President has made some questionable decisions in his life? Sure, but then so have I and in the decisions that I personally made in my past I will tell you that I now sometimes look back on them wishing I would have made some different choices, but that’s in the past and it does no good for me to ponder “what if’s”.

As I do not know our President personally, I do have friends that I trust that do and I take what they have told me over the years to heart.

One of my friends is a retired police officer from New York who served on several of Trumps security details thru the years amongst other celebrities and Presidents. He told me that after every event he served for Donald Trump that afterwards he would go out of his way to shake the hand and thank all the officers for their service and support.

On the flip side he also told me a story about then President Bill Clinton who was leaving an event and thanking the officers’ hands, when his wife Hillary yelled from their car and I quote him as telling me she screamed “Hurry up Bill, we don’t have time for that shit!” Sort of tells you the type of people those two are.

As much and I personally enjoyed your article being that it was something other than Stormy Daniels crap, I honestly don’t give a rats ass about what happened in the past and as a reader I felt I should share my opinion with you. My friends think Donald Trump has a big heart, is a reactionist and just one of the guys. Do I think he’s trying to do what he feels is right to better our country? I do!

I’d also like to say that we as Americans should want Trump and every president in the future of our great county to succeed. Their success is our success. When the media continues to pour their hate out about our President they don’t realize that their hate speech is spreading like a disease to not only being about the President, but to our fellow neighbors as well. Our youth for example are being mostly affected by these actions of our media. School shootings, violent marches against conservatives, and on and on… If we would focus and be positive in this world our lives would reflect that. Shit’s always gonna happen. The world is an evil place and very few people are dealt a Royal flush when they are born. Dwelling on that negativity only pulls you farther down the rabbit hole. But then again… That shit is what pays the bills unfortunately.

Here’s an idea for an article if you’re interested. The world population is that of 7.2 billion people and growing. The population of the United States is 325 millionish. What do you think would happen if 5-10% of the worlds population decided that they wanted to move to the United States because of the benefits we give immigrants coming into this country currently? They would all need jobs, housing and food right? and that’s during a time when computers and technology are replacing the everyday worker. Don’t have to talk to anyone when placing my order at McDonalds anymore, I can just touch a screen. What will happen when all those jobs from fast food restaurants are gone?
How many jobs in the United States will be affected in just the fast food restaurant world? When I can walk into a grocery store and just pick up what I want and walk out because the camera AI system knows what to bill me. How many jobs will be lost over the next 10 years because of AI computer systems and what will happen when only Amazon is left? If we continue to let people into this country our lives as we know it today will change drastically for our children.
China has a limit on how many kids a couple can have legally to control their population. I’ve been to China, there are empty cities that have been built and sit abandoned because the government needed to supply its people with work, so they could pay for food. The lifestyle in China in the factory cities is terrible.
How do you think it would go over in the United States if they mandated couples could only have one child, but then again I suppose they already have something in place with the support of transgenders and gays, in hoping that those individual lifestyles will reduce reproduction. Honestly, I don’t care; to each his own and I have gay friends. It doesn’t bother me, but we should look at why there is such support for their movement today and I’m only saying that because it was never a thing 20 years ago.

Granted all these things play into the long-term effect of what could happen to this country in the years ahead, but if you do your research and realize what kind of country we might be leaving for our kids it might make you want to focus on tomorrow and not what happened yesterday. In regard to all of this, it is why I completely agree with President Trump on closing our borders.

Anyways, just thought I’d share the idea, because I don’t see that anyone really wants to talk about our future as we continue to take in all these illegals. Everyone just wants to focus on the past.