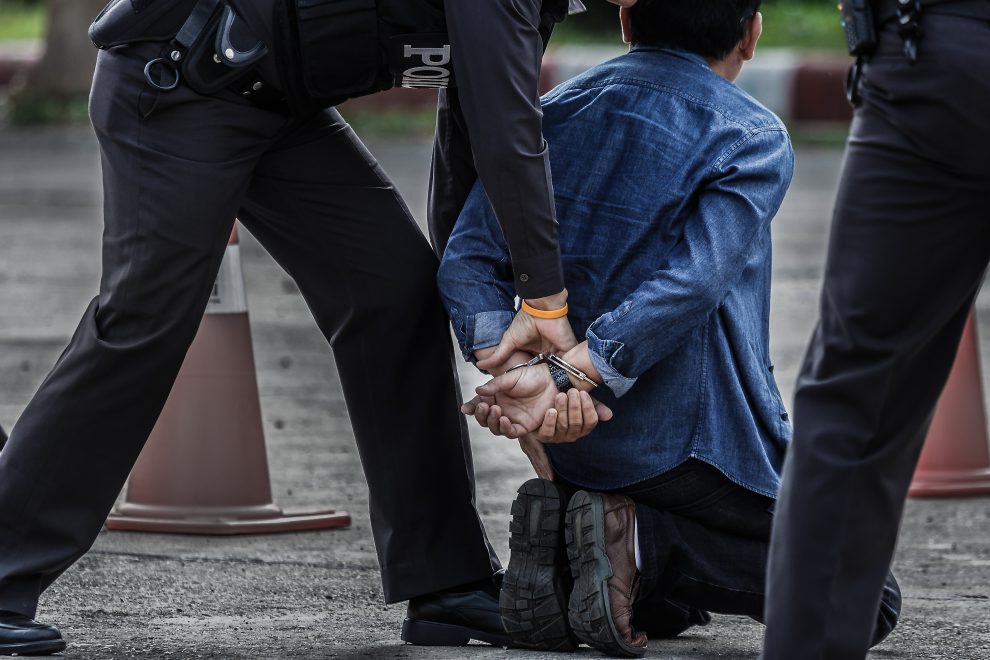 Recently, ICE has stepped up its enforcement of U.S. immigration laws. More and more raids are targeting illegal immigrants, especially dangerous criminals, and sometimes these raids occur in the illegals’ workplaces, much to the chagrin of “sanctuary” mayors and governors. However, the fact is that these raids are still few and far between. The number of illegals in the U.S. has barely budged.

President Trump, and many Republicans, are apt to focus on the need for a wall on our southern border. The problem, though, is that even a wall will not solve the problem of illegal immigration. This is because many illegal immigrants, and possibly most of them, don’t hop the border in the first place. They come to the U.S. as tourists, or on student or temporary work visas, and then they never leave.

Once an illegal enters the country, even if he/she is eventually identified by federal authorities, the average wait time for a hearing in our immigration courts is 718 days! This means many illegals are simply released pending a hearing, and few of them choose to show up when their day in court arrives. In so many ways, therefore, the traditional immigration enforcement system is hopelessly broken. Merely expanding it won’t fix the problem.

As many in ICE realize, the ultimate draw for many illegal immigrants is the ability to work. Around 8 million illegal immigrants work for U.S. companies, large and small, and it is abundantly clear that most of these firms believe they can violate immigration laws and labor laws with impunity. It’s easy to see why: very few employers are ever punished for hiring illegals, and very few companies pay fines (even laughably small fines) for doing so. The result is that America is open for business, vis-a-vis illegal immigrant workers.

Why has this problem been allowed to fester? To Democrats, in essence there is no such thing as an illegal immigrant. There are only “immigrants,” and they can do no wrong. Republican elected officials, though, are equally unlikely to tackle the illegal immigration problem at its source – with employers – because of their pro-business attitudes. In addition, Republicans are generally afraid that any serious effort to enforce immigration laws will result in accusations of “racism!” The end result is what amounts to a tacit conspiracy in Washington, D.C. to ignore the issue.

The presidency of Donald Trump represents the best opportunity our country has had since the 1950s to tackle the problem of illegal immigration. To do so, however, we cannot afford to target only the illegal immigrants themselves. We also need to target the government agencies, non-governmental organizations, and businesses that facilitate illegal immigration. As I have argued before, this means prosecuting public officials who implement “sanctuary” policies. It should also mean the prosecution of NGOs that harbor illegal immigrants. Where the rubber meets the road, though, is with employers.

Every year, hundreds of workplaces are raided by ICE, and millions of dollars in fines are meted out to employers. Under President Trump, these enforcement actions are multiplying, but given the scale of the private sector economy – and the sheer numbers of illegal immigrants employed – this traditional approach simply won’t yield significant results. What is needed is a change in the culture of American business. As it stands now, frequently U.S. companies are more afraid of liberal activists than they are of federal authorities. This is outrageous.

Two simple steps could turn this situation around. First, ICE should reward informants who provide tips about employers who routinely hire illegal immigrants. The flow of intel that this unlocks could be used to prosecute hiring managers who knowingly violate the law. Such white collar criminals should face serious jail time. The mental calculus of hiring managers and HR departments across America would change overnight if this tactic were utilized.

Secondly, the fines assessed on companies violating immigration and labor laws need to be dramatically increased. If one were to add three zeros to the aggregate amount of fines collected by immigration authorities from U.S. businesses every year, one would undoubtedly change their attitudes and behavior. We would be hitting these rogue businesses where it hurts: their bottom line.

Whether an enforcement crackdown of the sort proposed here will emerge is uncertain. As vigorous as the Trump administration has been when it comes to tracking down and deporting criminal illegal aliens, it has shown remarkable restraint in other respects, and it has shown little appetite for making U.S. companies pay a price for their complicity in illegal immigration. If we want to end illegal immigration once and for all, however, it’s clear that not only illegals, but also their enablers, need to face justice. ICE understands this. President Trump may not, as yet, but let us hope he will come around.